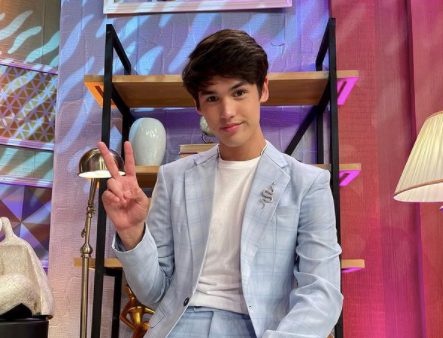 New actor Kobie Brown is feeling forever thankful to ABS-CBN for giving him a big break in the network’s and iQiyi’s production of “Saying Goodbye,” starring Andrea Brillantes and Seth Fedelin.

The series is Brown’s first major project. He plays the role of Vic, the best friend of Ricky (Seth Fedelin).

“They really trust us with this project and all we promise is to keep on working hard in everything we do,” Brown said in an press online conference for the series on Dec. 20.

While doing his first series, Brown learned important things about acting, such as being open to new ideas.

“You can ask direk Dolly especially [at the] workshop. I remember crying [at the] workshop because I wanted to prove to myself that I can do this, I deserve to be part of this, I want to give my all,” he stressed. “Something I learned is to always believe in yourself. Don’t get the nerves get ahead of you.”

When asked what his hopes are for the New Year, Brown said, “Sana next year (I hope next year) will be an even greater year po. And, I’m hoping that the people, the citizens, can vote wisely next year. Sana, I’m hoping we can get the franchise back next year.” JB