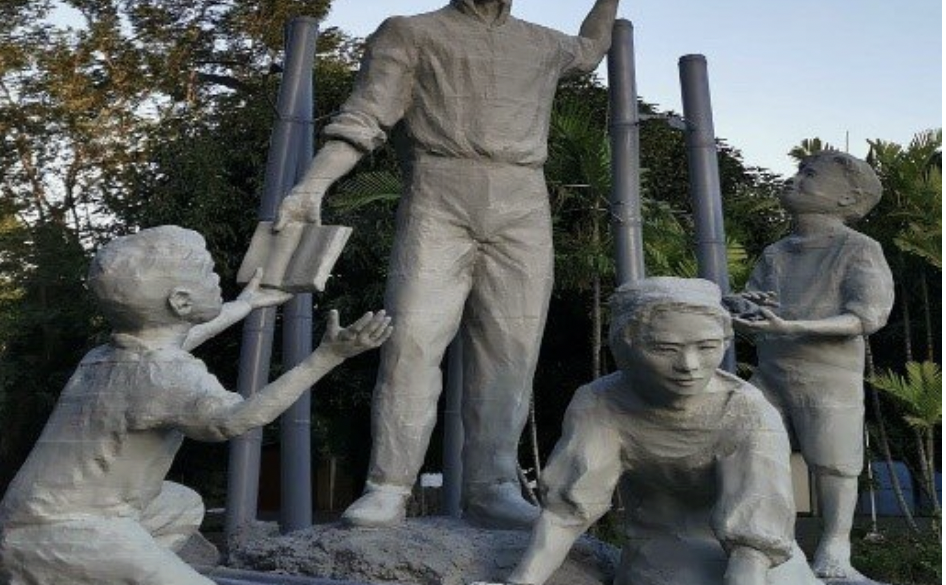 Contributed photo / Joselito A. Carteciano (Department of Science and Technology)

But a statue put up on the grounds of the Department of Science and Technology (DOST) in Bicutan, Taguig City will stand out among them as it depicts the national hero’s “more human” side, in contrast to his wonted static posture.

The 3D-printed monument dubbed as “Dr. Jose P. Rizal, The Filipino Scientist” was designed by Professor Jose Manuel Sicat of the University of the Philippines Diliman-College of Fine Arts.

The monument depicts him as having an interaction with children.

(In my version of Jose Rizal, I want to show his more human side.)

Sicat depicted Rizal as one who was very much in touch with his environment, surrounded by children with whom he’s extending his left hand, while his right hand faced an empty space.

The sculptor explained that the left hand symbolizes Rizal’s handing over of his contribution to the next generation, while his right hand shows the possibilities where science and technology can be utilized.

For her part, DOST Undersecretary for Research and Development Rowena Guevara noted that the monument is made of Acrylonitrile Styrene Acrylate (ASA).

“The strength of the monument outlines the DOST’s capability to produce sturdy structures through 3D printing technology that can withstand typhoons and wind velocity of up to 330 kilometers per hour, an earthquake of magnitude 7.0,” Guevara said in a statement.

“This is how the output of R&D (research and development) enables the harmony of science and arts,” Guevara added.