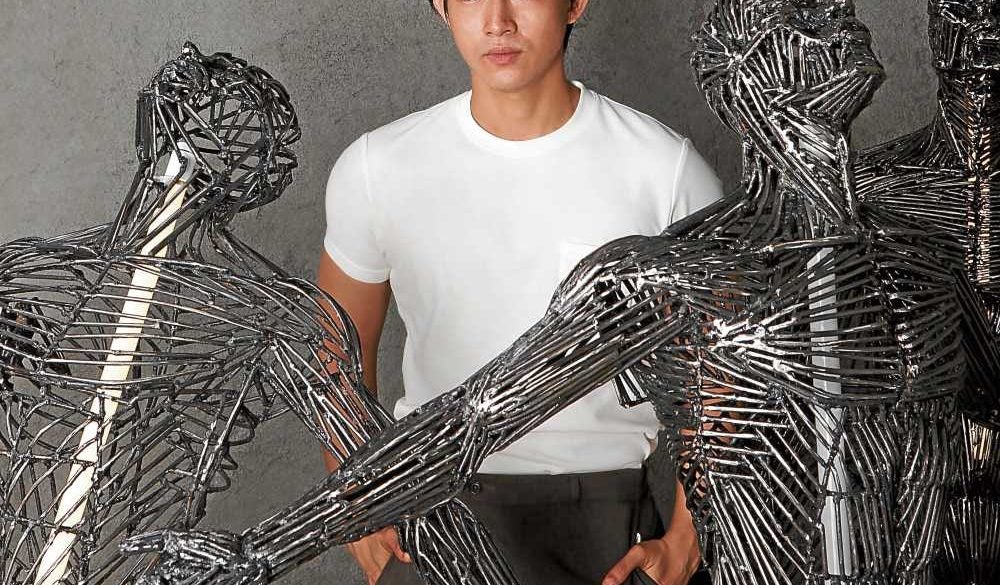 Nueva Ecija-based sculptor Joshua Limon Palisoc left his career path to chance. In 2011, he took the entrance exam for medical school as well as a talent test for the University of the Philippines’ College of Fine Arts, hoping to be given a sign and go with whichever he passed.

Thing was, he aced both. So he went with gut feel next and pursued the arts.

He enrolled in visual communications, even as his parents thought that being an artist wasn’t a lucrative career choice. “It was the first big decision I ever made for myself. It was scary but also liberating,” says the 31-year-old. “It felt right.”

The itch to create something with his hands has always been there. As a kid, he spent his free time drawing anime and decorating his notebooks for school. He was also fond of toying with paper dolls. “Until I was told that they would start moving on their own if I didn’t stop playing with them.”

Perhaps unknowingly, his parents were partly responsible for feeding his curiosity. They purchased art materials for him to use and unintentionally exposed the young artist-in-the-making to a playground of possibilities.

“We had a junk shop where I enjoyed inspecting different shapes and colors of scrap metal and glass bottles, and I constantly thought of what I could create with them. Somehow these observations made a mark on my subconscious.”

His education not only fueled his interest and exposed him to an assortment of materials he didn’t know he could work with, but it also validated his decision.

For the first time, after years of uncertainty, he felt that he was in a very good place, being able to create with his hands nonstop. It reminded him of his childhood, when he would converse with things he would find around their house. This time, the discourse was more meaningful and engaging, and it gave him the confidence and courage he needed to soldier on.

Meeting masters of their crafts, in person and in art form, also gave him a sense of belonging.

“Knowing that I have a community and a support system helped me find passion and purpose in my artistic venture,” he says. Among them is Manolo Sicat, who is responsible for introducing him to welding, as well as Pinto Art Museum, which exposed him to the works of Emmanuel Garibay, Mark Justiniani and Elmer Borlongan.

Palisoc grew up with a lot of fears, including being judged for expressing his emotions and opinions. But the field he chose eventually helped him overcome them.

“What I like most about being an artist is that it gives me the power to release these suppressed feelings, put them out into the world, and realize that a lot of people actually connect with this part of myself that I make vulnerable. My art makes it less scary to be me. It gives me freedom to speak my truth.”

He is most well known for his sculptures that feature the human form, ranging from mindful observations to abstract representations of the subject matter. Each piece of metal rod is bent to shape and welded together to capture the fragile fibers of the flesh.

In 2017, he had his first group exhibition, which led to many others, including his solo display at Pinto in November 2020 called “Ephemeral Vessels,” which, because of the pandemic, depicted relief during the anxieties of the times.

His piece “Open Vessel” is on exhibit at Re Space Gallery in Berlin, Germany. It is a body opened in the middle like a fruit.

“It stands as a realization that everyone’s life force is coming from a universal source, only encapsulated in flesh that will soon perish,” he describes.

Palisoc might have been scared and unsure of what he was getting into when he tapped his artistic side, but he knew he was living his purpose when he saw how the people stop and appreciate his works.

“I realized that my art can just be more than a hobby but also a platform to affect and transform other people.”