What the heck is Wordle and why is everyone playing it? | Lifestyle.INQ ❮ ❯ 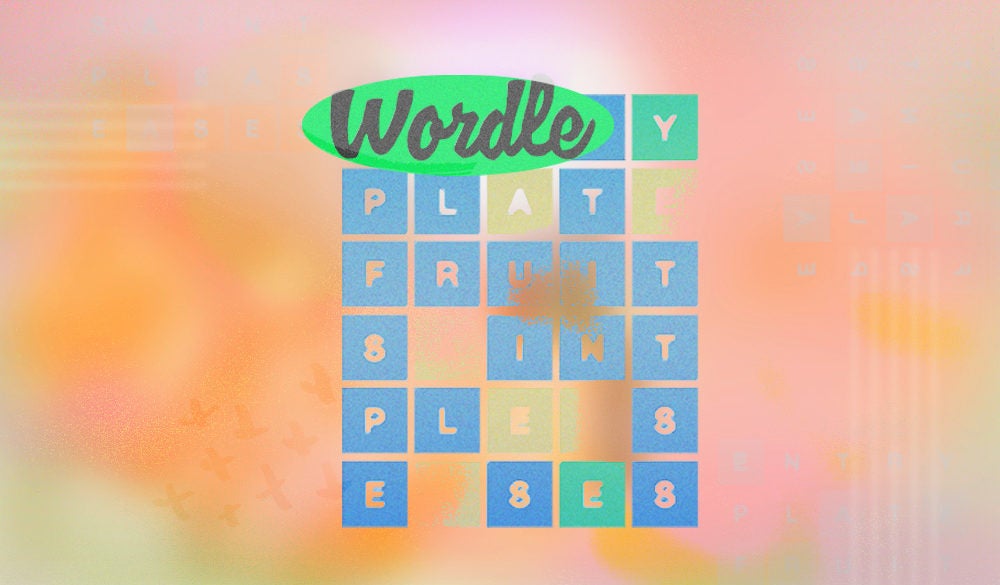 You’ve seen the colored squares all over Twitter, I’m sure, followed by the word “Wordle” and what seems like to the uninitiated a random series of numbers.

When I first saw it, I thought it was a Twitter-only Tetris game. I am, as all my loved ones know, a total b*tch resistant to change, so at first I was totally unwilling to look up the new hotness. Eventually, I had to succumb and my curiosity took over after what felt like the hundredth tweet.

Ian, a recent law school graduate, had a similar experience. “I’ve been seeing many friends tweet about something called ‘Wordle,’ usually accompanied by differently colored squares. I wanted to see what was going on and so I looked it up!”

So what is Wordle, exactly?

Wordle is, well, a word game. How it works is that you’re given six tries to guess a five-letter word. You have all the letters of the English alphabet at your disposal. With each guess, the game lets you know how close you were to the right word. That’s where the colors come in. Green means you got the right letter at the right placement, yellow means you got the right letter but not the right placement, and black means you didn’t get any of the letters right. When you’re done guessing, the game gives you a share button which lets you copy the position of your colored squares.

The word refreshes daily, so you can spend however long you want to on it. In that way, it’s similar to the New York Times Spelling Bee (shoutout to the hivemind!), which has a digital version that also refreshes daily. However, unlike the bee, most people don’t take too much time with it. Alissa, a musician who released a fantastic EP last year, says, “I try to solve everything in one go because I’m a completionist like that.”

For Alissa, part of the appeal is in maintaining your daily winning streak—the game takes notes of how many consecutive times you’ve won, and also maintains a log of your highest streak. “I think it’s the idea of anticipation and keeping up a streak. It’s the difference between binge-watching a series vs. waiting for it every week, right? If you binge-watch a series, you’ll be immersed in it for a few days and then potentially forget all about it soon enough unless it’s THAT GOOD (or maybe that’s just me). But if it’s a weekly thing, there’s a ritual made out of it. There’s time for you to think it over, come up with theories, etc.”

Roxy, a writer, thinks differently. “I think I got into Wordle because it feels so low investment. I play many other games so anything that can get done without being an absolute time sink is enjoyable for me at this stage.”

She thinks that the game’s biggest charm is its daily nature. “For me, it comes down to the fact that it’s a once-a-day thing with a limited number of guesses. You feel compelled to be on your best because you only get one chance a day to win.”

It’s not surprising that there’s some form of social aspect at play here. The game was created by Josh Wardle, a software engineer who initially made it for his word game-loving wife. He also created, among other things, The Button, which was a meta-game and social experiment involving a button that refreshed a 60-second countdown timer every time a new user pressed it. The apparent goal was to see how long before the timer got to zero. It eventually did a little over a month after the game was released, garnering clicks from more than a million accounts and even forming cults.

But while Wardle’s previous games involved some form of game theory and social engineering, I think the social aspect is by the hands of the players. With the rise of the Omicron variant, most of us are stuck back home scared again after a brief respite in the latter part of last year. Wordle is a neat little shared experience for all of us, kind of in the same way baking and making dalgona coffee was a shared experience in 2020.

Alissa agrees. “If I was able to finish a crossword puzzle, and you were able to finish a crossword puzzle, too, it’s not like we can talk about it or say ‘65 DOWN really stumped me!’ in a way that I’m sure you’ll get. But getting a Wordle kind of ‘unlocks’ this door into everyone else’s tweets. Like this one time when the word was QUERY which I had originally guessed was QUEER. And from then on all I could see was my friends guessing the same thing just by looking at their emojis.”

“We have an entire thread on our Discord server where we post our results and discuss how we felt about the word, how we got to guessing our winning result, etc. It’s fun to see how people feel about the word or how wild our guesses get,” says Roxy.

Of course, the simple but clever design of the game itself also helps feed into the social aspect, as this Twitter thread points out. The easily shareable chart of your results tells a story that, as Alissa pointed out, you can read once you’ve gotten the word.

But at the end of the day, Wordle is just a fun word game like Spelling Bee, Boggle, or WordScapes that requires little investment. As Ian adds, “It’s a fun way to train your mind and expand your vocabulary.”

Now that you know what it is, here are a few tips:

1. Start strong. A good first guess makes the rest of the game easier. My go-to first word is adieu since it crosses out most vowels. I also like ouija for the same reason. Meanwhile, Ian says, “I often use the word EARTH since it contains two vowels and three common consonants.”

2. Try to use words with at least two vowels. On this, Ian and Roxy are in agreement. “I use words which have multiple vowels, and I try to avoid using letters that are rarely used (such as Q, Z, and X),” says Ian.

3. If you’re stuck, just keep trying! You have six guesses—it’s alright if some of them are duds. “I try to use up as many vowels and common letters as I can if I haven’t hit any yellows or greens,” says Roxy. Similarly, sometimes when I’ve already gotten a few greens but can’t for the life of me figure the word out just yet, I’ll spend one guess without my surefire greens and use only letters I haven’t tried out yet just so I can cross them out.

4. Double letter words exists! Something that can trip players up is that some of the daily words can use up repeated letters, such as ABBEY. It feels silly “wasting” a guess on a repeated letter, because if you’re wrong that’s one less letter to cross out. Still, you should keep it in mind. (There’s probably a fail-safe encoded to prevent this, but after the double letter word fiasco, I can’t help but be terrified of the word of the day someday being ADDED. Que horror!)

5. You can come in with a strategy, but it’s perfectly okay not to. Some people come in guns blazing (this article by Slate features someone who uses a strategy involving a “cryptographic technique,” for example), but you don’t have to come up with a plan.

Aside from having a good first letter, I don’t have one. Neither does Alissa. “I still haven’t figured out what my strategy is—if I should use a vowel-heavy word so I have a better idea on the mouth shapes I’m dealing with, or if I should use a consonant-heavy word to quickly whittle down the possible consonants. Or should I go with the most common letters? I had this idea of like pulling up a list of 5-letter words and analyzing how many times a certain letter pops up. All this to say: No, I don’t have a strategy yet, so my first words are just kind of… whatever I remember. Tomorrow, I think I’ll use GREAT.”