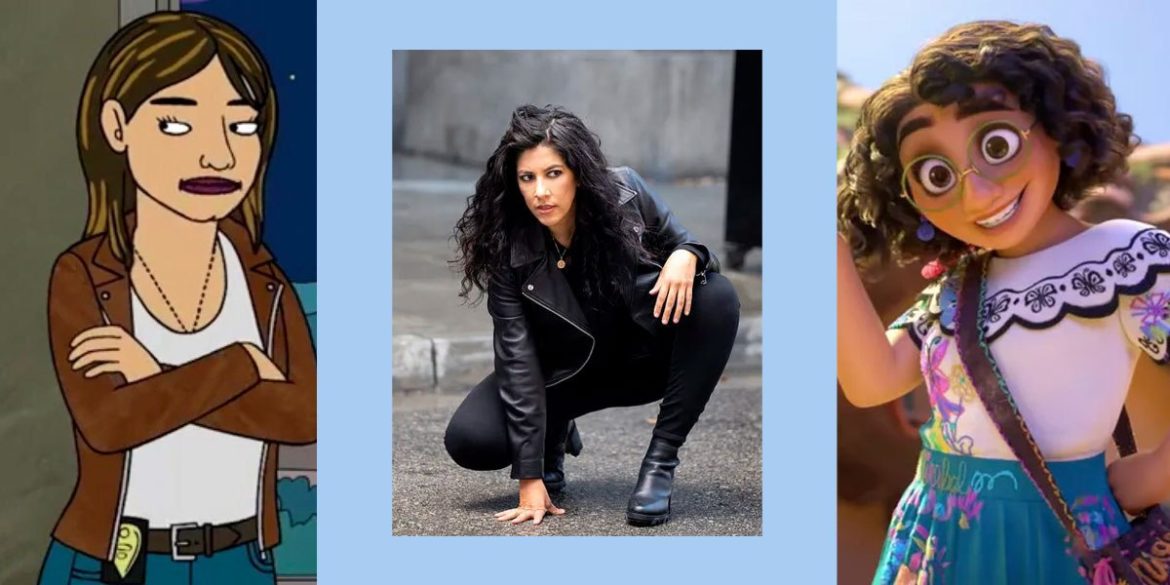 If you’ve been in some sort of unexplainable deja vu lately, it might not be because of a strange 2022 phenomenon for once. It might finally point to a valid reason (e.g. Stephanie Beatriz appears in entirely different realms as entirely different personas.)

In case it hasn’t reached you, the 40-year-old Argentine-American actress, who managed to earn the fan-favorite badge after her Rosa Diaz era in “Brooklyn Nine-Nine,” carries a stellar history in her arsenal, particularly in the art of voice acting. After portraying an unsmiling, undecipherable detective, the internet recently found out that she managed to cast a spell on us through a character with an entirely different personality: Mirabel from “Encanto.”

Today’s talk-of-the-town Disney film spotlights the big family of Madrigals, each with their own unique quirks and superpowers as they grapple with impending doom. Part of that family is Mirabel, the main character of main characters, an optimistic and brave problem-solver despite her lack of magical powers. And as a Disney fan herself, Stephanie wearing Mirabel’s shoes in the animated movie is a dream come true, as revealed in her phone interview with The New York Times.

“Unlike so many Disney heroes, she doesn’t have a sidekick to guide her through the story. Mirabel sometimes is the sidekick and the therapist for her family. She uses comedy all the time. There wasn’t some other character doing sight or audio jokes. It was Mirabel, and that was very freeing and fun,” she said. Dissecting her range requires peeling tons of layers. While she gave life to the cynical, straightforward actor Gina in “BoJack Horseman,” she also played a cool, revenge-driven dino-bird called Gertie in “Ice Age: Collision Course.” Her voice acting portfolio also includes Chimi of “Maya and the Three,” General Sweet Mayhem of “The Lego Movie 2,” and real estate agent Julia and young student Chloe of “Bob’s Burgers,” among others.

In the same New York Times article, Stephanie described voice work as “one of the only places where it really doesn’t matter what you look like, meaning that you can suddenly become a toucan or a princess or a monster. Your face is not the most important part, and your imagination has no bounds.”

Well, as someone who can pull off her Rosa voice—which isn’t similar to her normal voice at all—as “second nature,” we’re not a tad surprised by her power.