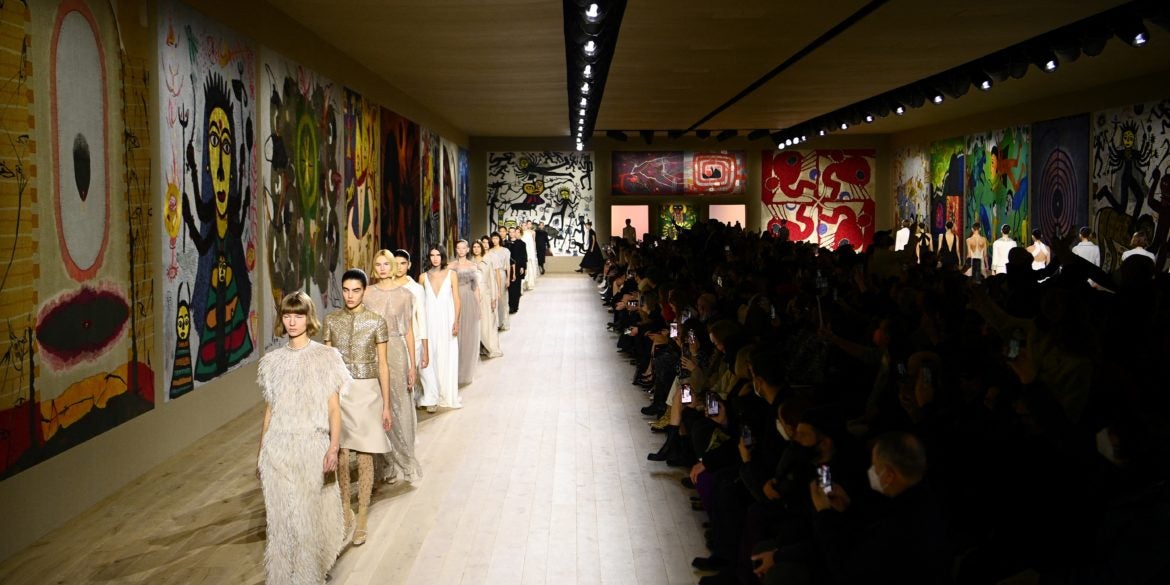 The industry was still processing the loss of Louis Vuitton designer Virgil Abloh, who died in November aged just 41 after a private battle with cancer. His final collection was presented during the menswear shows last week.

This Sunday will see a memorial show to Pierre Cardin, who died at 98 in December 2020, just as the last fashion week in October paid tribute to Israeli designer Alber Elbaz, lost to Covid in April.

Other notable deaths include those of Italy’s Nino Cerruti, who passed away last week, and Japan’s Kenzo Takada who died in October 2020.

Mugler died suddenly on Sunday from “natural causes” at 73, according to his Facebook page.

He was a central figure when the fashion industry was in full pomp in the 1980s and 1990s, surrounded by celebrities and supermodels, and bringing wild extravagance to the catwalk — from full-body robotic armor to the Venus oyster gown that was recently resurrected by Cardi B.

His bold silhouettes helped define the power-dressing look of the 1980s, with the inverted triangle of wide shoulders and tight hips exemplified by pop icons like Grace Jones and David Bowie.

The show must go on, however, and many couture labels have been determined to return to the runway this week despite surging Covid cases in France, which just last Tuesday had a record of nearly 465,000 infections over a 24-hour period.

More than half the brands — 15 of 29 — are holding live shows, according to the official calendar, including big names like Dior, Chanel, and Jean-Paul Gaultier, up from just a handful last year.

There were some half-hearted efforts at social-distancing during the menswear shows last week — and vaccine passes are required throughout.

But some labels remain nervous.

Couture brand Julien Fournie had initially planned to hold a traditional runway show on Tuesday but replaced it with a digital presentation at the last minute.

“I feel caught in the crossfire,” its director Jean Paul Cauvin told AFP, fearing that a live show would create “an haute couture cluster”.

Meanwhile, reactions have been coming in following Mugler’s death.

Beyonce, who enlisted him to design outfits for her 2008 world tour, posted a picture of the designer on her website alongside the message “Rest in peace”.

Singer Diana Ross tweeted that she would miss Mugler while British designer Vivienne Westwood hailed him on Instagram as “a great original” who “influenced everybody.”

French President Emmanuel Macron and his wife Brigitte conveyed their condolences to Mugler’s loved ones and all those whom he had inspired.

Mugler had largely stepped away from the fashion industry since the early 2000s, though he came out of retirement in 2019 to create Kim Kardashian’s show-stopping “wet look” dress at the Met Gala.

His perfume, Angel, remained among the world’s top sellers and his career retrospective, Couturissime, is completing a world tour.

France’s Foundation for Haute Couture and Fashion said Mugler revolutionized the history of the industry, “combining creativity, savoir-faire, and impertinence with gusto”.