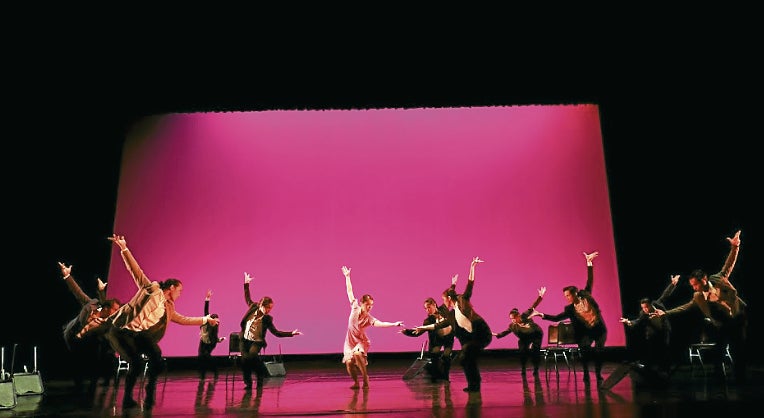 Coping with pandemic restrictions has been a popular theme among the local dance videos/films in the past two years. Given the limitations of rehearsal space, the choreographers shifted the emphasis from technical displays to more human expression.

Ballet Manila’s (BM) film shorts employed cinematic techniques and reminded us of the beauty of its classically trained dancers. Ballet Philippines’ (BP) output was a motley of viewpoints and cultural references seen from foreign eyes. The Cultural Center of the Philippines Dance Workshop (CCPDW) highlighted choreographers who, under mentorship, created well-structured works that showcased the dancers’ vitality and strength.

I’m singling out the pandemic films that made an impression on me.

The Innovations Grant Project from the CCP has enabled BM to produce the “Passion on Pointe” series. These are short dance films that are nods to its repertoire and filmed on location. Artistic director Lisa Macuja Elizalde commissioned the multihyphenate Jojit Lorenzo, who injected his film experience through dramatic camera close-ups and various editing methods that create intimacy between the dance and the viewer.

The film started with foreboding music in a trysting place as Don Jose (Mark Sumaylo) waited for the desirable Carmen (Abigail Oliveiro). If you’re familiar with the ballet or opera version, you can follow the flashbacks, such as Carmen leading on Escamillo, and Don Jose breaking up with his fiancée Michaela. By compressing the story in seven minutes, the film gives the audience a crash course on karma.

Lorenzo made it compelling to watch as the images without any dance unraveled, the story from Don Jose’s shadowy figure, close-ups of the vixen embracing her bare-chested paramours, Don Jose’s jealous rage, Carmen’s indifference leading up to the coup de grace and a bird’s-eye view of her lifeless body. It’s a bonus that Oliveiro and Sumaylo are telegenic and can act on-screen.

One of BM’s best pandemic films was “Home,” a series of duets and a solo about isolation without the angst by Martin Lawrence, a sought-after choreographer in the United Kingdom. It was a fitting piece to celebrate BM’s 25th anniversary in 2020 that showed meaningful choreography performed by quality dancers.

Lawrence explored the emotions and relationship dynamics imposed by the shelter-in-place lifestyle with a hopeful finale. The feeling of tenderness amid isolation was heightened by Dmitri Shostakovich’s delicate piano solo of “24 Preludes, Opus 34.” Lorenzo captured the lockdown by confining the dancers to a white corner with only a wooden chair as the background. In the end, the sweeping motions of the camera from one duet to the next conveyed a sense of movement suggesting that life would move forward.

Many of BP’s works were done by foreign choreographers and a few overseas Filipino artists. The dearth of newspaper space has kept me from writing my laundry list of cringe-worthy elements.

In essence, majority of the dances were sophomoric as they lacked imagination, the mechanics of choreographic composition and overall unifying intention. Some of the foreign artists were too inexperienced in dance-making to gather their forces. The narrative dance videos showed the choreographers’ inability to suggest character through movement.

However, in the 51st season, “Chess Play,” set to Gustav Mahler’s melancholy “Piano and String Quartet in A Minor,” was grain separated from the chaff. Hamburg-based danseur Marcelino Libao Jr. clearly imposed his vision—a solo, a duet and a trio moving in isolation yet taking risks to invade the other’s territory just as in the board game.

Finally, in BP’s 52nd season, it took a veteran guest artist, John McFall, to deftly marshal the capabilities of the entire company. Choreographing from the Netherlands via Zoom, he succeeded in giving 18 dancers a chance to shine and prove that they could move to tricky rhythms.

During an online round-table discussion, McFall humbly attributed the output to the dancers’ collaboration. “We focused on what matters to us—our poetry, living inside of ourselves, feelings and emotions …” he said on the dance’s theme.

Many movements were familiar choreographic tools, such as starting a dance in a crouched position, slowly moving the limbs that ultimately expanded and explore the space. There were recognizable modern dance movements, such as high release with the elbows and body layouts, but the movements looked meaningful when put in context.

“Ancient World” was divided into three sections, each distinct in music and choreographic texture. The theme evoked the history of humanity, starting with a duet with the woman, Denise Parungao, as the life force. The first movement, set to Philip Glass’ haunting piano and orchestra rendition of “Etudes No. 5,” focused on Parungao and Aldrian Ocampo slowly waking up to the world and discovering each other.

As the music shifted to the violin solo of Lena Aurbach’s “Par.ti.ta VIII Grave,” their world was suddenly occupied by other inhabitants who searched for order and structure. The dance surged to Glass’ full orchestration of “Point Blank,” wherein ensembles for females and males were thoughtfully phrased. But the simplicity of the movements likewise revealed that the dancers weren’t in top form. The dancing of the girls was uneven, as some needed to take more risks in off-center balances. The boys were better off. Even if their dancing was rough-edged and the jumps lacked buoyancy, the boys gave their best.

We dare say “Ancient Lands” was Parungao’s best performance as McFall brought out her maturity, intuitive phrasing and nuanced dancing, particularly in Yo-Yo Ma’s cello solo. In the past two seasons, Parungao was the favorite of many choreographers for her pretty face, whippet-thin body and dedication. However, some of BP’s past works cast her in one-dimensional roles that left little room for her to work on or just didn’t suit her dancing style.

CCPDW is not a company but a program to help dancers displaced by the pandemic. Support from the government and patrons has allowed it to come up with “Dance On,” a series that displayed the dancers’ mettle in the classical and contemporary genres, and even a live show for Christmas.

Excerpts from “Le Corsaire (The Pirate)” did not disappoint. As Gulnara, Nicole Barroso was precise and unflinching in executing the difficult movements, and she didn’t depend on her partner for supported pirouettes. Victor Maguad as Ali the Slave handled the jumps and turns with finesse and wound down his turns in full control.

“Grand Pas de Quatre,” a showcase of four dance divas in the mid-18th century, fell flat in style despite the neat execution of the virtuosic variations. The Romantic way of dancing seemed forced. Moreover, the cast didn’t do much research and analysis in capturing the spirit of the star ballerinas whom they were portraying.

The standouts were the dancer-choreographers who were clear about their intentions. Guest artist Biag Gaongen’s “Re-Form” was an exploration of how a body is comfortable in creating shapes in a compact space—with pointe shoes on. His objective was simple but essential, such that viewers would “feel something that would affect them positively.”

Gaongen collaborated with filmmaker Carlitos Siguion-Reyna in capturing unusual forms fashioned from parts of the body or intertwining figures in intriguing camera angles. The beginning was powerful: high-contrast images of a curved arm and a tilted head, a torso twisting over a bent upright leg and the horizontal profile of a danseur on the floor.

Lighting designer Barbara Tan-Tiongco’s play of light and shadow on the movements and forms gave the dance an enigmatic kind of perfection. The simplicity of the musical arrangement—piano diva Cecile Licad’s rendition of “Mayon Fantasy” and “Condansoy” with humming from soprano Cecilia Alegre—emphasized the minimalist look of the work and the light mood.

Lester Reguindin bravely tackled the environmental issues in “Now,” based on activist Greta Thunberg’s fiery speech at the United Nations Climate Action Summit in 2019. Dancers in flesh-toned costumes suggested the abundance of nature, as Thunberg interacted with them. Eventually, capitalists savaged nature leading to its desecration. At the UN, Thunberg lambasted leaders, in a dance of sharp movements reaching out to extremities.

Jessa Tangalin pulled out all the stops to deliver the commanding heroine. Reguindin’s strengths lay in his comprehension of the text and intuitive choice of atmospheric music, using strings and electronics by Scandinavian composer Olafur Arnalds and piano score by Australian composer Luke Howard. —CONTRIBUTED INQ