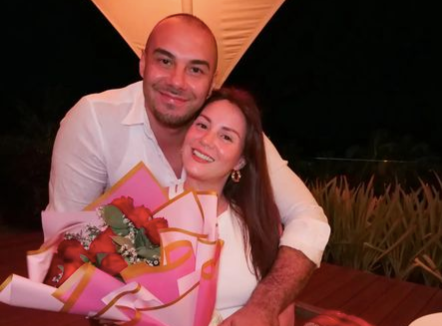 Yes, Christian couple Doug and Chesca Kramer do talk about sex with their children

Celebrity couple Chesca Garcia-Kramer and Doug Kramer, also known among their fans as parents who uphold Christian values, revealed that they do discuss the topic of sex with their kids.

The couple’s revelation came during the launch of “Instagram Parents Guide” on Feb. 8, where they participated together with their eldest daughter Kendra Kramer.

“Obviously, you need to understand the platform. There’s a lot of benefit and there’s also a lot of risks,” Doug said about social media use.

The couple also pointed out that topics which can be sensitive, such as sex, should be discussed by parents personally with their kids.

Chesca meanwhile shared about explaining to their kids the importance of setting boundaries about sex, and the do’s and don’t’s that need to be observed when people are around.

“These are topics that most parents are not comfortable talking about but we feel that there are a lot of issues that are going around and we would like our children to hear it from us, especially since there’s a lot of malice to it,” she explained.

“With that, we take responsibility in being the first (to tell them), knowing that these are our children. We know better how to raise them, we know better how to guide them. You know, it’s very important for parents to really talk about these issues and there are issues going around,” she added. “We make our children feel that they can talk to us about anything and everything.”

Doug also raised another important point, that of how parents should not be the only ones talking in such discussions with the kids.

“It’s not just about the parents just keep on talking and talking. Allow your child to also share his thoughts. That’s very important,” he said.

But the most important tip regarding social media, according to Doug, is this: “Share positivity.”

“This is their outlet, this is what they use,” he said, referring to the kids. “Everyday, it’s part of our lives, and it is very important to show family, your hobbies. And for us, we’ve been a social media family for about eight years now, and we see the interaction and the platform that we have, and it’s such a blessing.”

For Chesca, sharing positivity on social media earns back good response, based on her experience.

“If it’s something nice and positive, a lot of people would message me and tell me, ‘that’s exactly what I needed to hear’ or “this is a breath of fresh air” or “this is a good escape from what’s happening in my private life,” she also revealed.

Both parents ultimately remind their kids that words they put out there are things they need to be responsible about.

“When my husband and I post, even when Kendra posts, we always tell her, whether you like it or not, we are public figures and you have declared a lot of things about your family, your interests, most especially your faith, your walk,” said Chesca.

The Kramers have three children. Aside from Kendra who is already in her preteens, they also got Scarlett and Gavin. Meanwhile, Kendra has recently been dubbed by fans as the country’s next Miss Universe, as they notice her resemblance to Miss Universe 2018 Catriona Gray, and her stylish OOTDs. JB