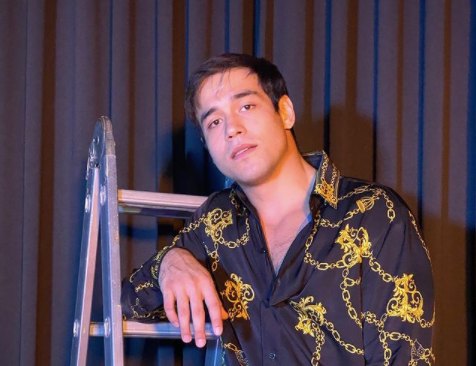 Although he’s comfortable with drama, actor Kit Thompson wants to explore other genres where he can also flex his acting muscles.

“I guess ang dami ko nang nagawang drama (I have done so many dramas). I guess I am comfortable with drama. I’m used to it. I still wanna try a lot of things,” Thompson said during the Feb. 8 online press conference for the Feb-Ibig episodes of “Maalaala Mo Kaya.”

“Para sa akin, marami pa rin akong hindi nata-try o hindi nae-explore,” he added. (For me, there are still so many things which I have not yet tried or explored.)

Thompson plays Jon, the boyfriend of Jane Oineza’s Angel character in the “Angel Of Mine” episode aired last Saturday.

Does he feel typecast in character roles? He doesn’t think so. He also thinks that perhaps some people simply have that impression of him being typecast, because he has done daring roles consecutively.

But as he explained, there has just been some delay in the release of some of his projects. He explains that he makes sure he mixes up the types of projects he does, such that he would make a daring one, then follow it up with something that’s not.

To avoid repetitions, Thompson also makes sure that he attacks each role differently.

“For me, it is what the story needs, character needs, and that’s what I’m gonna give,” he stressed.

In the story, a couple (Jon and Angel) find themselves in a great dilemma when the girlfriend was diagnosed with breast cancer.

“I read the script. Inaral ko siya (I studied it). I just really connected with the piece. And really, naka-relate ako sa character na ‘yun (I related with the character), wanting to find love, wanting to really love. I guess that’s how I processed it for myself,” he said.

When asked about his love language, he said it’s having quality time with his loved ones, because time is precious to him. Unfortunately, because of work, he was not able to go on a date this Valentine’s.

(My Valentine’s was really special this year because I was at work. I said, we can have Valentine’s everyday as long as I got money to spend.) JB