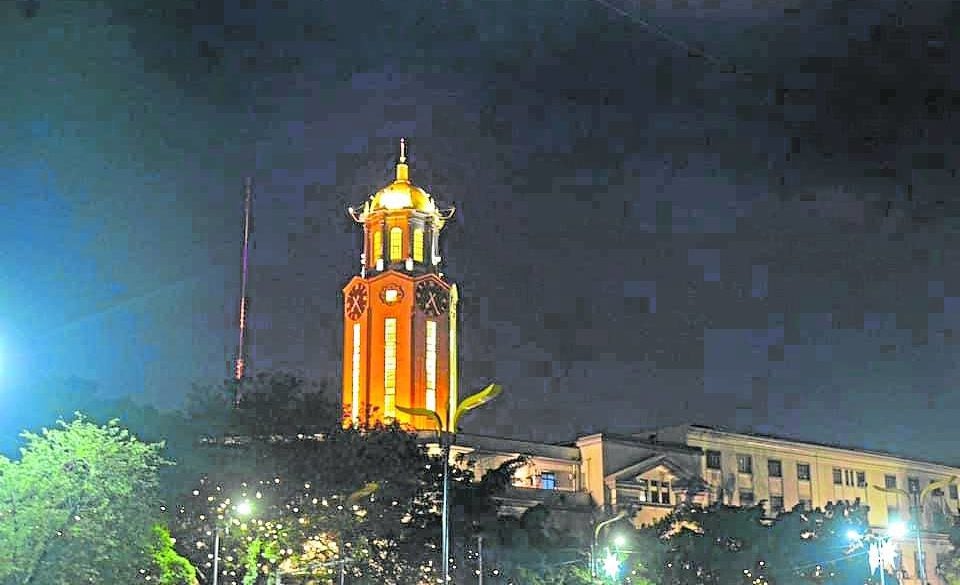 Undoubtedly one of Manila’s most prominent identifiers, the clock tower of its American-era City Hall building has recently been refurbished and renovated with plans to have it as a public area with an exhibition space and cafeteria.

The hexagonal tower is located at the northern side of the irregularly shaped building designed by Antonio Toledo and built in 1941. It has five floors and juts out from the building’s fourth level.

Manila City Hall joins other government buildings in the world with clock towers, such as Independence Hall in Pennsylvania, United States; Peace Tower in Ontario, Canada; Palace of Westminster in the United Kingdom for Elizabeth Tower (aka Clock Tower and Big Ben); and New Town Hall in Munich, Germany.

Toledo, who served as a consulting architect of the Bureau of Public Works (BPW) from 1928 to 1954, also designed the National Museum of Anthropology and National Museum of Natural History buildings, as well as the women’s dormitory of the nearby Philippine Normal University.

Toledo, born in Sta. Cruz, Laguna, in 1889, studied architecture at Ohio State University and Cornell University. When Mapua Institute of Technology (now university) opened in 1925, he was one of its first professors.

He designed neoclassic buildings across the country during his stay at the BPW. Apart from the ones mentioned, he also designed Leyte Provincial Capitol in Tacloban City and buildings inside the Padre Faura campus of the University of the Philippines, including the University Library.

Technically, Manila has two existing city hall buildings, one from the Spanish period and the present one in Ermita.

The Spanish-period city hall structure is the 19th-century Ayuntamiento located at Plaza Roma in Intramuros, which was reconstructed from 2010 to 2012 to become the office of the Bureau of Treasury.

It was heavily damaged during the 1863 earthquake and had to be rebuilt according to the plans drawn by the chief engineer of the Philippine islands then, Eduardo Lopez Navarro.

The construction of the new Ayuntamiento commenced in 1879 and was completed in the mid-1880s. This building, which at one point served as the office of the American governor general and in 1907 as the site of the first National Assembly sessions, was ruined during World War II. It remained in ruins until its reconstruction just over 10 years ago.

On Nov. 15, 2021, the National Historical Commission of the Philippines unveiled an updated historical marker for the Ayuntamiento.

As per the present site of Manila’s City Hall, it was in 1901 that the American colonial government planned to build a new city hall as it was “unable to utilize the Ayuntamiento.” A half-completed hospital at the current site was bought by the government thereafter and was finished to become Manila’s City Hall.

It took inspiration from the bahay na bato, except that the lower level is not of stone but of wood, applying the “American clapboarding technique.”

Lico further notes that it “was officially occupied on March 7, 1904, and for 40 years, the said building, which was intended for temporary use, served as the Manila City Hall until it deteriorated and was replaced by the more familiar neoclassical structure of reinforced concrete with an iconic monumental clock tower in 1941.”

The City Hall has an irregular quadrilateral plan with wings radiating from the tower building that look like half of a wheel. The facade is on the southern part facing Taft Avenue and Antonio Villegas Street.

In the Cultural Center of the Philippines’ Encyclopedia of Philippine Art, Fr. Rene Javellana, SJ, notes that “its main entrance is marked by a pedimented section; The north entrance is similar in design to the facade.”

He adds, “This facade entrance is mostly ceremonial because the more common entrances to the City Hall are through the entrances facing Burgos Avenue.”

At one point, the tower served as office space for Manila’s Division of City Schools and according to oral history, the office had to move because the clock used to sound every hour.

The clock tower’s renovation was completed in late 2021, but plans by Mayor Francisco “Isko” Moreno Domagoso to have it renovated date back to 2020.

It was cleaned, repainted and sealed from water leaks.

In December, Domagoso said the plan was to put up a coffee shop and exhibition spaces inside the renovated clock tower. The coffee shop will be on the third level, while the rest of the spaces will serve as exhibit areas for artworks.

Domagoso was quoted in that December tour of the tower as saying funds are enough for the project, which is seen to attract local and foreign tourists.

The mayor also said the tower will be part of a tourism corridor which will include Intramuros and the newly renovated Kartilya ng Katipunan and Manila Zoo.

The initial exhibit is tentatively planned for later this year and will feature old photographs of Manila, particularly old postcards and World War II images.

The tower, which will eventually open to the public sometime this year following COVID-19 protocols, will also have a mini library and interactive exhibition space.

Originally in the 1940s, the plan for the tower was to have an elevator from the third level, but this did not happen. The third floor area has since been occupied by offices. The area where the elevator was planned to be put up was walled up during this recent renovation and replaced by flights of stairs.

A mezzanine was also added after the lobby, bringing back to five the total number of floors from the previous three.

The current floors are the lobby, mezzanine, office-cum-exhibition area, clock switch and, at the topmost level, a small space that serves as a viewing deck.

The exterior was repainted white, while the tower’s cap was repainted gold from red so that it will glisten during the day due to the effect of the sunlight.

The colorful lights were replaced with simpler, less gaudy ones. —CONTRIBUTED