In the volatile space of the bird app known as Twitter, two things remain certain: 1) The presence of stans, and 2) Wordle’s colored squares. But smack-dab in the middle of its Venn diagram, are, well, fandom-related Wordles.

True to the Law of Popular Things, someone somewhere is always brewing a sequel. In the case of the viral word game, Wordle spin-offs have sprouted in timelines everywhere, with fandom-based versions part of that harvest. Whether it’s for aspiring Pokémon trainers or one revolving around the Swiftie ’verse, there’s a Wordle for stans to test their lexicons. Here are some of ’em below. Before you hit “enroll” on the Taylor Swift college course, might we suggest a quick run for your potential pop quiz? For Swifties who attest that 70 percent of their brains are comprised of Taylor’s lyrics and theories, Holy Swift podcast’s Taylordle turns it to hard proof. Like the OG game, players get six chances to guess a five-letter word. Only this time, the selection is handpicked from the timeline of the Taylor Swift universe, from her famous pals down to “All Too Well’s” lyrics.

For Jedis and Siths: SWordle 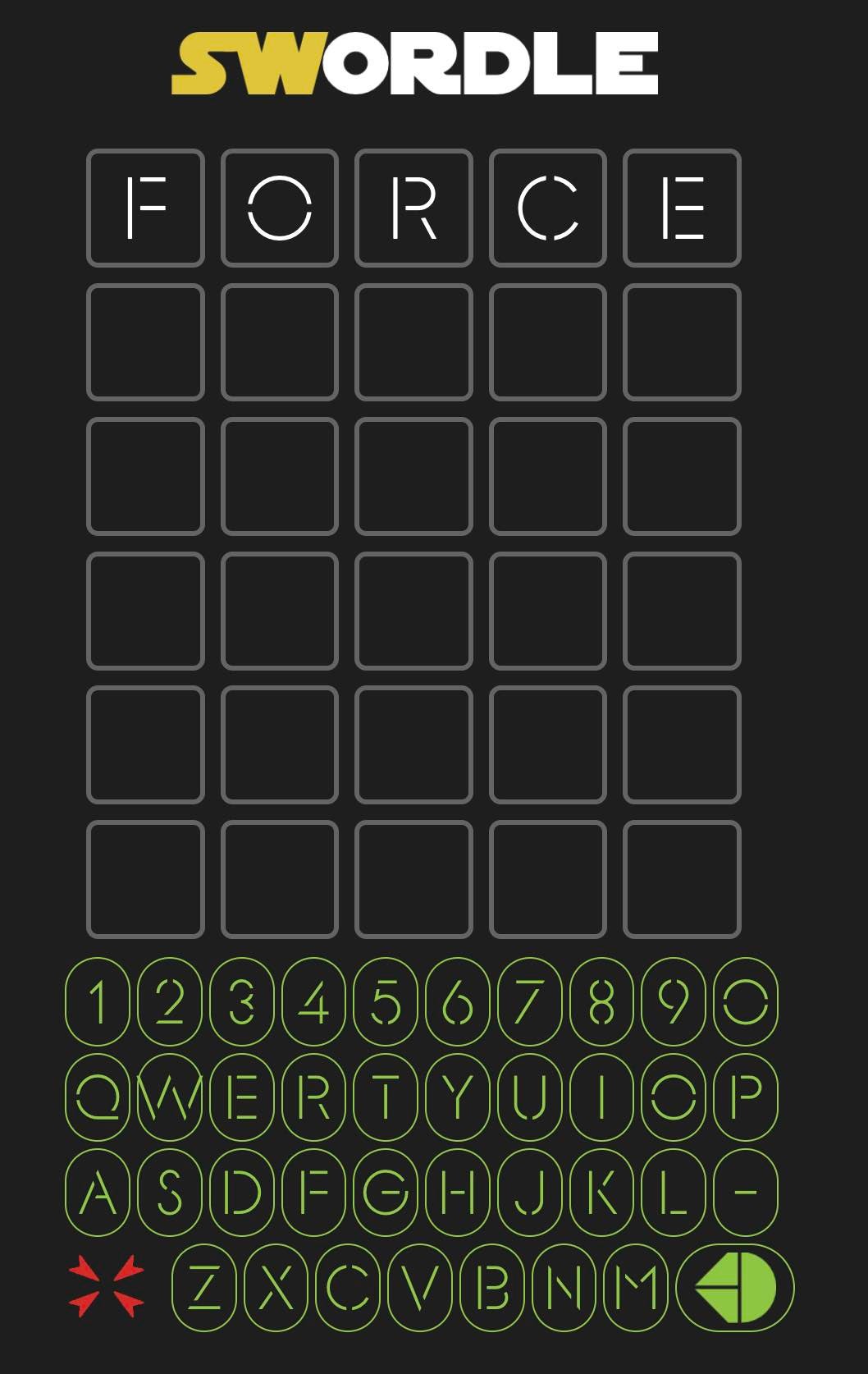 From one of the most expansive sci-fi ’verses comes SWordle, the “Star Wars” spin-off fans would agree on sans “Kenobi.” With info from both the canon and Legends timeline, Aurebesh Files’ Wordle takes your Wookieepedia stock knowledge into hyperdrive, including droid names, planets, and the latest tech found in the Galaxy Far, Far Away. But if you feel like flexing your Galactic Basic Standard language skills, switch it to Aurebesh mode instead. 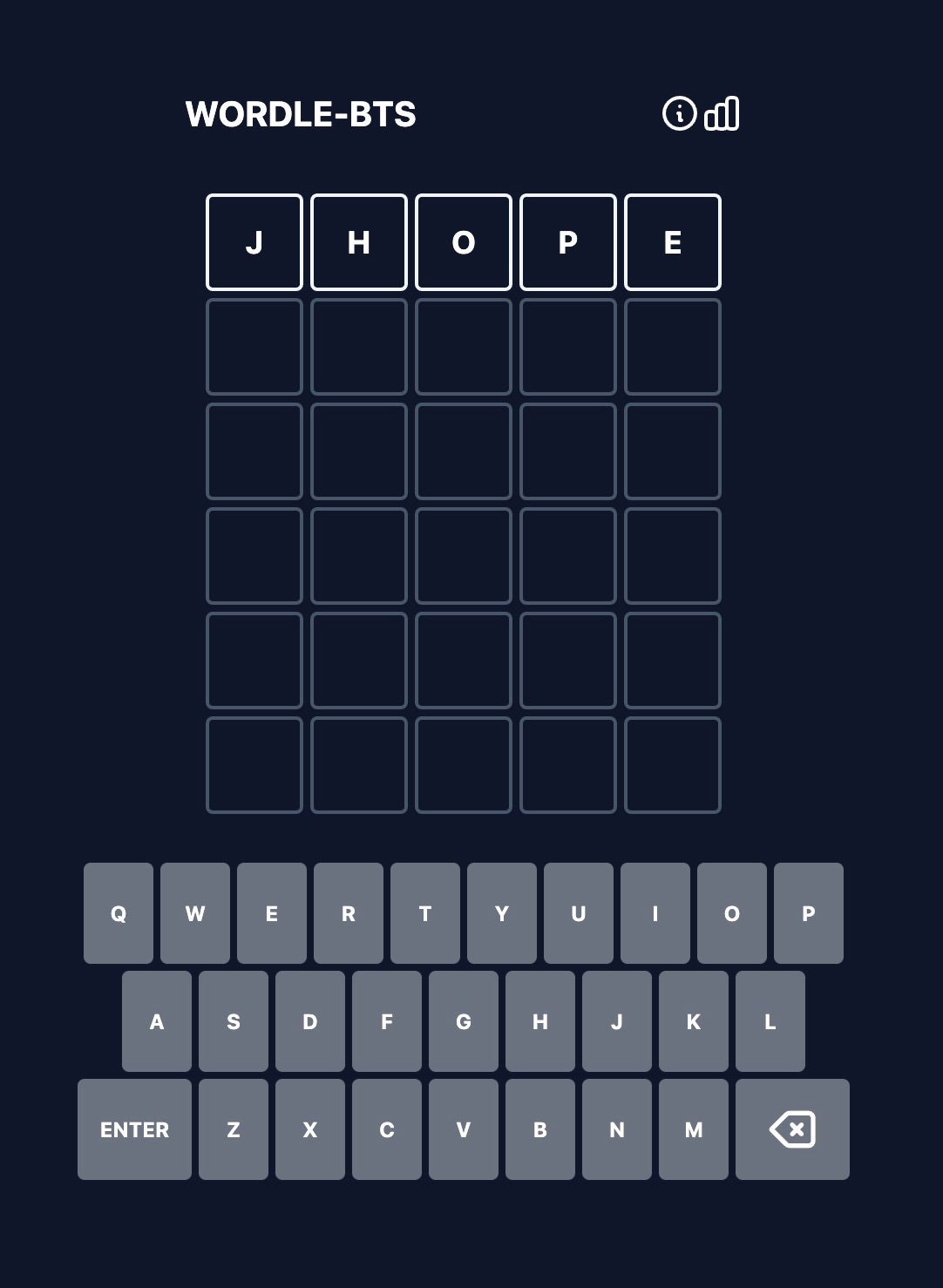 Graduated from Baby ARMY status? BTS Chart Data’s brainchild is the Bangtan Boys’ inside jokes, variety show references, and discography all wrapped up in one game. Chances are “Jimin” or “J-Hope” may be your first word of choice, and we won’t exactly blame you for that. 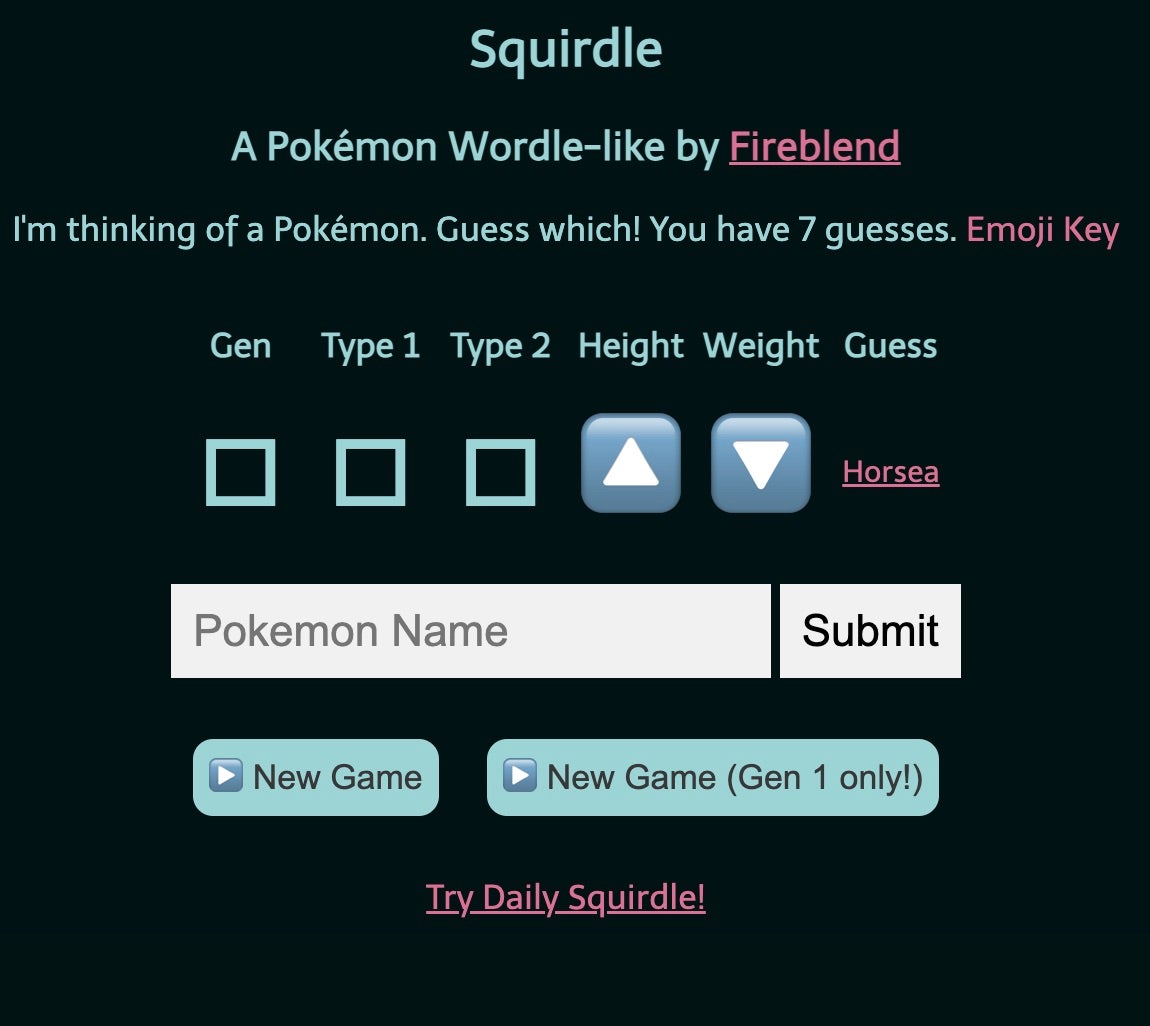 Squirdle! Get it? Fireblend’s “Pokémon”-inspired spin-off is less Wordle, and more in the lines of extreme “Who’s That Pokémon?”. Packed with details straight from the Pokédex, players must guess a specific Pokémon within seven attempts. The game will provide four sorts of feedback according to generation, its two types (Water? Fire? Bug? Grass? Poison?), height, and weight. Sounds difficult on paper, but nothing less for the very best than no one ever was, right?

For Tolkienists: Lordle of the Rings 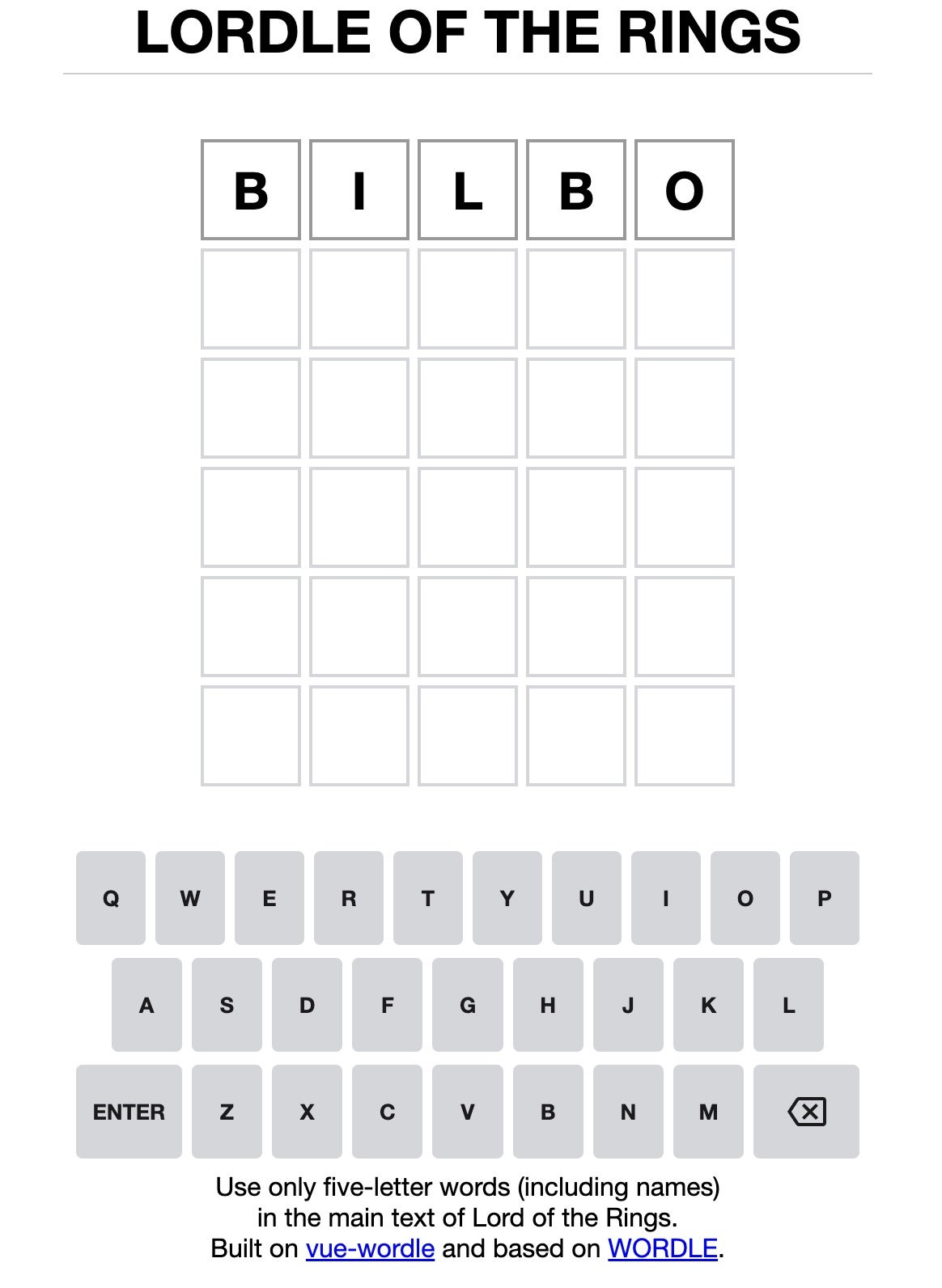 This isn’t the Lorde kind, but something else with New Zealand connections. Made through open-source Javascript framework Vue.js, the one Wordle to rule them all takes cues from J.R.R. Tolkien’s rich “The Lord of the Rings” lore, where you can expect the usuals like “sword” or “shire” and names from the canon a la “Bilbo.” A few Elvish terms may have snuck in there as well, but as is the nature of Wordle, you’ll only have six guesses to know, no One Ring required.

Taylor Swift photo from “Evermore”
Gandalf still from “The Hobbit: An Unexpected Journey”