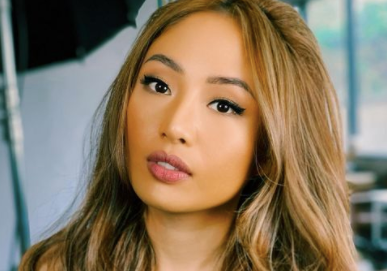 Karen Bordador, imprisoned for 5 years, sees the value of her time behind bars

“Pinoy Big Brother” Kumunity season 10 housemate Karen Bordador believes that being imprisoned for five years for a crime she did not commit proved to be beneficial to her.

“Siguro the isolation is really beneficial,” she shared during the online press conference for the TV drama anthology “Maalaala Mo Kaya” last March 8.

Bordador’s life story is featured on “MMK” in celebration of International Women’s Month. Played by Kaila Estrada, her story will be a two-part special, to be aired on March 12 and 19.

She was acquitted of the charges against her in 2016.

Bordador, who was a contestant of ABS-CBN’s reality TV contest “I Do,” was living a wonderful life as a DJ and model, but her life took a 360-degree turn when she visited her boyfriend one morning, after doing her radio show. Just within seconds of her arrival, police stormed down the place and arrested them in connection with an illegal drugs buy-bust operation.

She noted that in prison, it is peaceful, while outside, there is too much noise mainly from social media.

“So, sa loob (while inside) I was really able to really travel to myself. Kasi siyempre, dito sa labas, lahat tayo ay nakatingin kung saan-saan, eh,” she said. (It’s because of course, here outside, all of us are looking in different directions.)

“Doon sa loob (In prison), I was really able to internalize to understand why I was created in this world, what’s my purpose and it’s something you don’t get to do really. A lot of us are so lost,” she said.

While incarcerated, Bordador was able to focus on improving herself through writing, sketching, and “reading so much books.” It was, to say the least, an enriching “five years of isolation” for her.

Having experienced how it is to be imprisoned for a crime she did not commit, Bordador thinks that the justice system in the country is “very slow and clearly it’s not perfect.”

Her goal now is to help people realize that the justice system needs to be improved as well, to speed up court processes.

“At also mawala ‘yung judgment sa mga tao na nakakulong. Na hindi po lahat ng taong nasa loob ay may kasalanan,” she said. (And also to address the stigma on people who have been imprisoned. Not everyone who gets imprisoned did wrong.)

The episode will be directed by Raz dela Torre. Joining Estrada in the episode are Bordador, Lou Yanong and Shamaine Buencamino. Fans of “MMK” can catch the episode via A2Z, Kapamilya Channel, Kapamilya Online Live on YouTube, ABS-CBN Entertainment Facebook page and iWantTFC. Outside the Philippines, it is available on cable and IPTV via The Filipino Channel. JB

True crime podcasts are as popular as ever