War in Ukraine: ‘We are affected as seen on oil price hike’ | Lifestyle.INQ ❮ ❯ 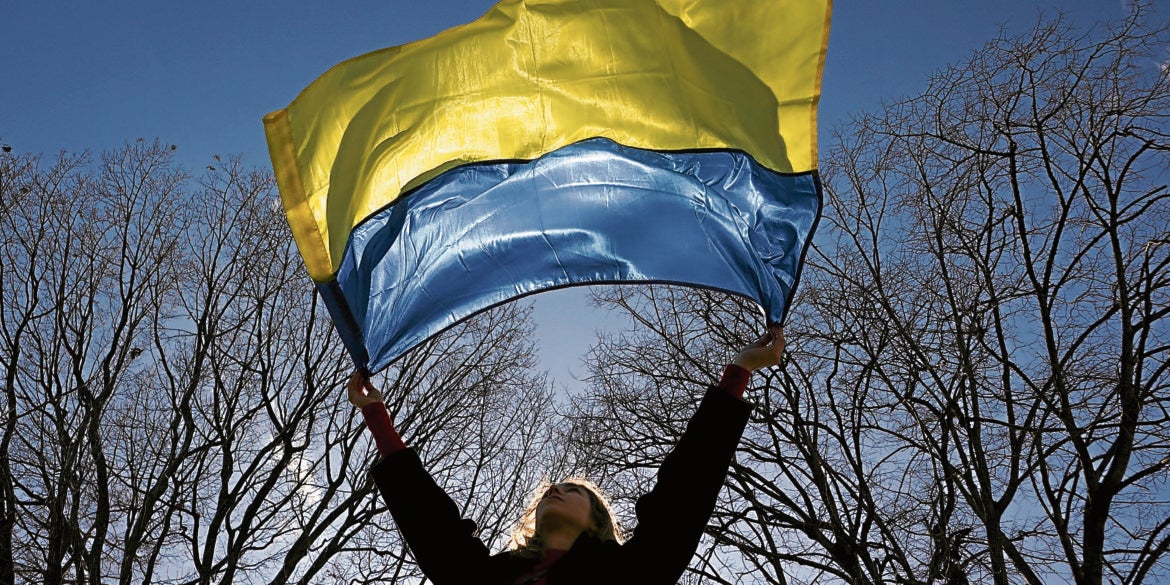 The Ukraine flag being held aloft by a woman during a demonstration in front of the White House. —REUTERS

War in Ukraine: ‘We are affected as seen on oil price hike’

Note: The answers of the respondents are solely their own and do not speak for or represent the institutions or organizations they belong to.

“War is not the answer to any international crisis that we are facing. It is a very scary issue. Our country is also affected by the economic fallout as seen on the price hike of petroleum products. We shouldn’t ignore the possible outcomes that are yet to come.” —Dominique Eslabra

“I think it’s important to know about what is happening in these times regarding these matters. To be honest, my first thought about this is how sad it is to live in the 21st century—a civilized world—in a state of war; nation against nation depriving the freedom all should have. After all, our constant studying of the history is not merely to know, but to do better and change its course. Nevertheless, I think at the back of everyone’s mind, we all knew this would happen.”—Floanne Taiño

“For Ukraine and its citizens, heartbreaking. To see the numbers of fatalities breaks my heart, especially kapag nalalaman kong may mga kasamang bata doon. Pero I think I’m not in the position to have a weak disposition sa situation nila kasi ’di ba, mismong sila lumalaban para sa bansa nila. Sa aspect naman ng war, gusto ko lang murahin si Putin. Sobrang sakim. Sobrang toxic. T-ng-na niya. Tapos may nalalaman at nababasa akong motives ng US eh; if I’m right, t-ng-na din ni Biden. I’m for Ukraine and I stand with them. Not that I’m glorifying their bravery amid the adversity there, but they’re a symbol of bravery for me, to stand for my country and defend it.”—Ampoy Añes

“Of course, it poses a serious threat to our country, especially in light of our economic situation. I heard somewhere that the whole Russia-Ukraine crisis could have an unforeseen impact on our economy in terms of oil and energy service price hikes and inflation. Security wise, it’s very alarming considering the safety of our overseas Filipino workers in Ukraine.” —Mary Evangeline Valenton

“Putin’s fascist and poor performance in governance is clearly reflected. It is alarming that thousands of casualties have been reported over the past week. Innocent people are dying because of the Russian invasion. Ukraine did not even provoke Russia to cause the war, thus, this [attack] is unjustified, and Ukraine needs global support.”—Migo Morales

“Putin’s fascism has prevailed in the decision to invade Ukraine—and it’s very problematic. His country is a very large and a powerful one, so I cannot think of any reason to start a war. The big problem with the massive attack was all people living in Ukraine have been forced to leave. People are starving. Infrastructure has been damaged, destructed. Russia’s attack should come to an end because it is a worldwide concern. Countries should be encouraged not just to open their borders to Ukrainians, but also to encourage Russia to have a better way to fix what the misunderstandings are.”—Nina Gonzales

“Actually, the war happening right now between Ukraine and Russia came as no surprise since there has been a consistent intimidation from Russia. While I do not have the deepest knowledge about the history of their conflict, this is a matter that needs attention from every part of the world. This is something we should talk about beyond using memes as this has an implication to global security and economy. Commodities’ prices spiking, specifically oil, is a sign that there will be more fallout in the coming days.”—Cindy Verzosa

“Hearing and reading stories about the Ukraine crisis when this devastating news came out filled me with worries and concern for the children, men and women, elderly and civilians who will be affected by this conflict. Despite being on the other side of the world, I feel that it is also our moral responsibility and collective march to fight for peace and security. This direct attack of Russia is also an attack not only to the Ukrainian citizens but to humanity. Not only will this have major repercussions on the economic stability of Ukraine but its imposition undermines the country’s territorial integrity, sovereignty and independence. Now more than ever, the Ukrainian political leadership must not allow great powers to decide the country’s future. It is disheartening to see so much divisiveness there is in our world, driven by great desire for power and influence. We are still battling an invisible enemy in this pandemic and this war is an [added burden]. Our world needs much more light and kindness, not hostility and oppression.”—Ma. Emilia Nicole Bertulfo

“Russia’s move to invade Ukraine is barbaric. It utilized violence over diplomacy. Ukraine’s military poweris no match to Russia. Ukraine is in a dire state since calls for diplomatic measures are being denied by Russia. It is heartbreaking that the men ages 18 to 60 are prohibited to leave their country because they are needed for military conscription, a new policy of Ukraine in response to the war. So the free will of the citizens was robbed especially since they are being put as a pawn in the military forefront. Ukraine’s assets are being targeted by Russia. People are greatly challenged in surviving migration. Ukraine’s defensive approach in this war is remarkable, however. Allied forces should make critical moves especially since international policies are violated in this situation.”—Lance Christopher Bisda

“I sympathize with Ukraine, especially as a relatively small nation compared to its invader. You can see the parallelism of what’s happening now to our own history kaya nakakalungkot din that the world has not learned from our violent history.”—Rea Ronna Payongayong —CONTRIBUTED INQ