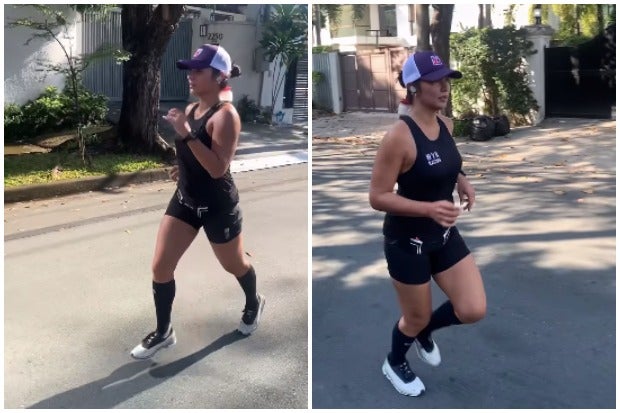 Bubbles Paraiso is back to running, her formerly ‘least favorite’ triathlon sport

Actress Bubbles Paraiso is back on track, literally, as she gives running another go to keep herself fit.

Paraiso, a triathlete, finds fulfillment now that she’s returned to running, as seen on her Instagram page today, March 16, where she shared a photo of herself running.

“[Of] the three disciplines of tri, running had been my least favorite of them all, having the mindset that it’s ‘just something I need to do (and quick!) to get to the finish line,'” she said.

Running for Paraiso took a backseat, but after she sustained a foot injury and was not able to “pound the pavement for a couple of months,” she finally able to do so again and is grateful. She commits never to take running for granted again.

“I may not be as fast as I used to be yet… but I’ll work on it. Happily, and with a grateful heart, and a better mindset,” she said, noting that “there’s always a silver lining to why things happen… this is it for me [and] my foot.”

“On this day 2017, I did my first #Ironman703 albeit just recovering from shin splints that deemed me to have zero run training pre-race.” she said.

Paraiso recalled running against everyone’s advice and to just switch to relay instead, so she could just do the swim and bike events.

“But I was too stubborn and insisted that I’ll just run-walk the half marathon if I had to,” Paraiso recounted.

She was not a strong swimmer yet back then to say the least, and she had concerns about the hilly terrain and the sweltering heat at the course.

“But I endured and finished in just a few mins less than [seven] hours (my slowest time to date lol), a 7th place finish and a huge smile on my face,” she said. “It was when I learned that mental toughness was just as important as physical fitness in this sport, and I may have gotten addicted to the feeling of crossing the [finish line] after challenging myself to overcome my fears and exceed my limits. Can’t wait to be on the start line again.” JB