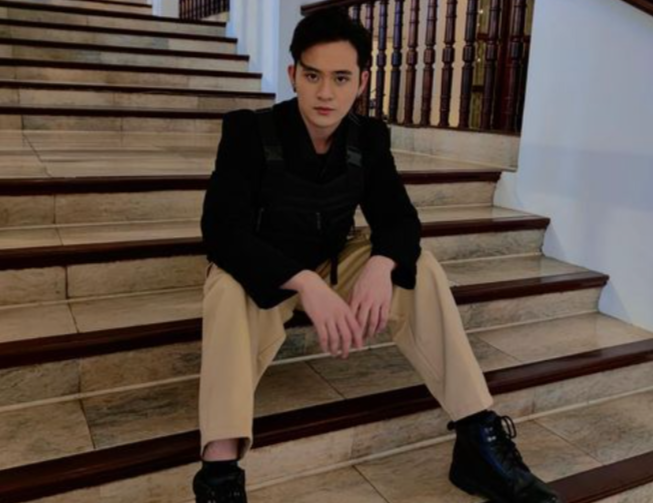 Akira Morishita, who’s starring in the romantic comedy series “Bola Bola,” is making some major adjustments to get himself back into the groove of acting.

Morishita, a member of the boy group BGYO, had his acting career sidelined when he went on a busy schedule of performances for his group.

Before acting took a backseat, he appeared in indie films such as “Sundalong Kanin,” “Tol” and “Alienasyon.”

(There have been huge adjustments because I stopped acting for some years. I got used to performing. There’s acting in performing but it’s a different kind of acting for the series.)

But easily, Morishita learned the ropes of acting again, thanks to lead stars Francine Diaz and KD Estrada who helped him by sharing tips. He plays a guy who returned from the United States, in denial of his feelings towards Diaz’s character.

Morishita is impressed with Diaz’s attitude during their lock-in taping. He said he first met the young actress during a mall tour for “Kadenang Ginto.” He was just a trainee then.

After working with her, Morishita also found Diaz to be a very humble person.

(While she has long been in the industry, her feet still touch the ground. She did not become swellheaded, she gives advice, still makes us laugh when everybody is already tired. She is amazing, off-cam and on-cam.)

“Bola Bola” is directed by JP Habac and produced by iWantTFC, Dreamscape Entertainment and KreativDen. It begins streaming on the iWantTFC app (iOS and Android) and website (iwanttfc.com) on March 26, with new episode drops every weekend on March 27, April 2, 3, 9 and 10. JB

LOOK: Francine Diaz waved at by ‘All of Us Are Dead’ star Yoon Chan-young