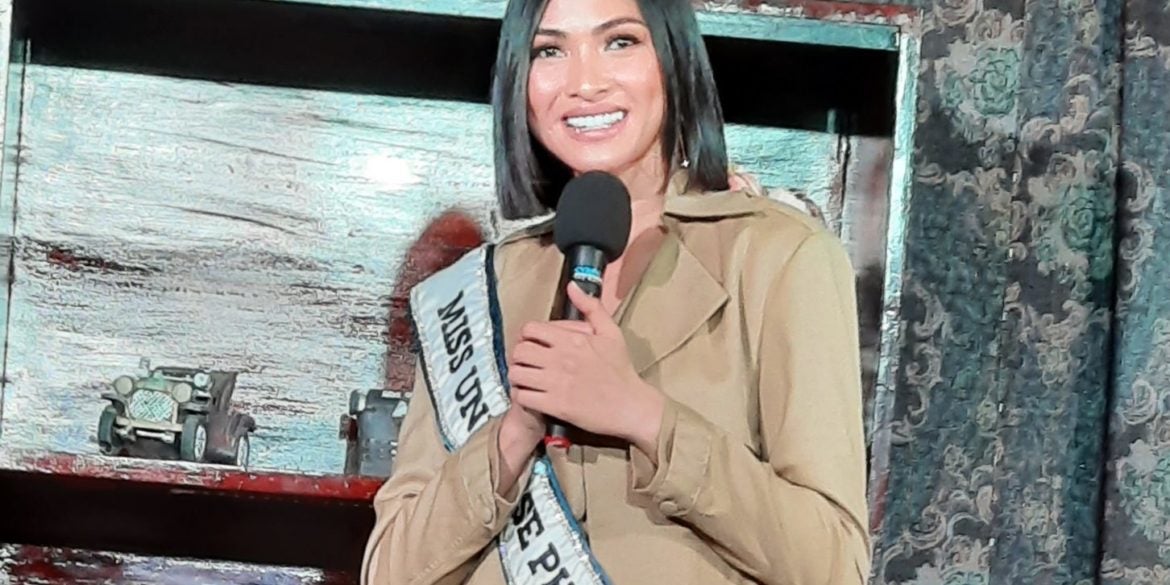 MANILA, Philippines — Cebu’s Sinulog Festival was recently named as one of the three top festivals in Asia, and for 2021 Miss Universe Top 5 finisher Beatrice Luigi Gomez, the recognition is expected.

“Of course I’m very proud. I’m also a devotee of Señor Santo Niño of Cebu, and I’m not surprised at all that we’re in the top three,” the Cebuana beauty told the Inquirer at the sidelines of a recent media event with 33 of the 50 delegates to the 2022 Miss Universe Philippines pageant held at Empire Studios at the Uptown Mall at the Bonifacio Global City in Taguig City on March 24.

The International Events and Festivals Association (IFEA) announced on the same day its selection of the three top festivals in Asia—Cebu’s Sinulog, the Pattaya Fireworks Festival in Thailand, and the Hansan Battle Festival of Tongyeong City in South Korea.

Gomez said that before the COVID-19 pandemic, people from all over the country and even foreign visitors joined Cebuanos in celebrating the festival. “It’s part of our holiday season. We always look forward to Christmas Day, and then New Year’s Eve. But the celebration does not end there. We still look forward to the Sinulog Festival because it happens every third Sunday of January,” she said.

The beauty queen confessed though that she is still has not taken part in the actual parade, the highlight of the annual event.

“When we were in grade school and high school, we get to prepare and be part of the celebration. Unfortunately, I did not get to join because I play sports [for the school]. But for those who are devotees, who love to dance, they really give their all,” the beauty queen said.

But Gomez shared that she never misses the nine-day Novena at the Basilica del Santo Niño. “If you see pictures, it’s like the Feast of the Black Nazarene [in Manila]. It’s a very religious experience,” she said.

The Filipino beauty said she is optimistic that with travel slowly opening up, Cebuanos like her will once again experience Sinulog. “Hopefully everything gets better and we get to celebrate it once again,” she continued.

Gomez will relinquish her crown as Miss Universe Philippines on April 30, at the pageant’s finals which will be staged at the Mall of Asia Arena in Pasay City.

“I’m hoping to see a girl who is a fighter just like me, just like all of the previous queens, someone who will fight for the things that she believes in,” she told the Inquirer. “I [am] fighting for the youth, and the LGBTQIA+ community. Hopefully the winner this year, she will represent a sector who hasn’t been well represented [yet],” she continued.