Why April is ‘the most delicious month’ | Inquirer Lifestyle ❮ ❯ 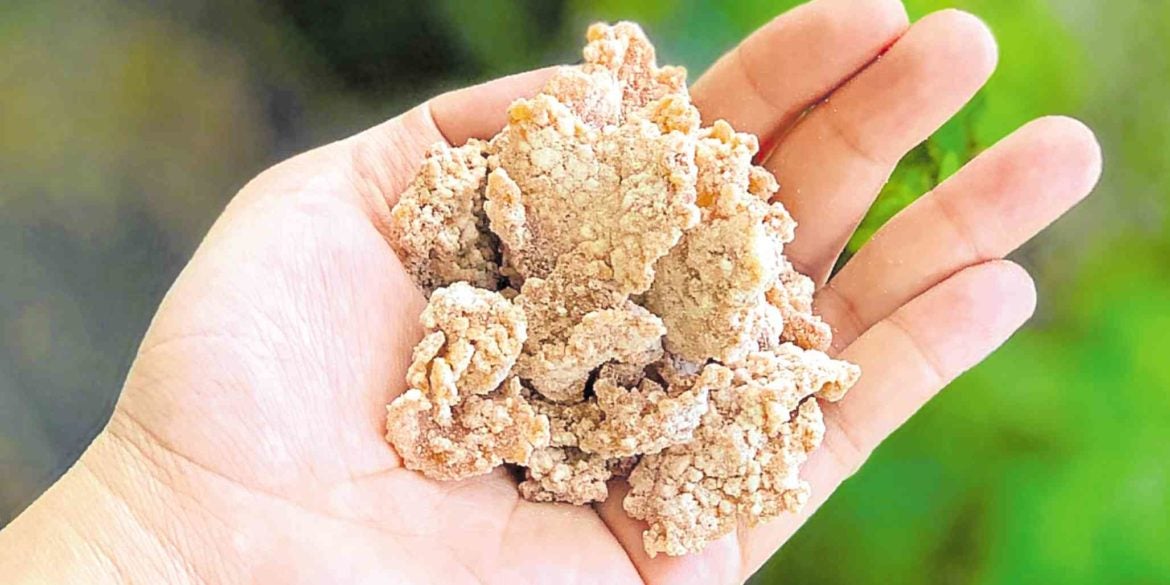 “Landang” is native tapioca used in a vegetable stew in the Visayas or cooked as a coconut milk stew with fruits, similar to the “ginataan.”

Why April is ‘the most delicious month’

Now on its fourth year, Filipino Food Month (FFM) or Buwan ng Kalutong Pilipino in April will be a hybrid celebration of webinars and on-site events. This year’s theme, “Pagkaing Filipino: Susi ng Pag-unlad at Pagbabago (Filipino Food: Key to Development and Change),” highlights pandemic recovery, as more institutions in Metro Manila and regions are holding food festivals and contests.

The big events are signs of returning to normalcy. The Philippines is hosting the World Travel and Tourism Council Global Summit, April 20-22, attended by international industry leaders at the Marriott Grand Ballroom.

Aside from the high-level talks, a Fun Philippine Finds pop-up store will present local delicacies.

The Filipino Food Festival, April 22-24, showcases over 20 booths for farmers and food purveyors at the Shangri-La Plaza Mall. Provinces have organized food competitions and food crawls that spotlight the local culture and native cuisine.

Chef Juan Antonio Miguel Melchor is the cochair of FFM and founder of the Philippine Culinary Heritage Movement (PCHM), a nonprofit organization which upholds local dishes and culture. He recalls that back in the aughts, despite the rise of Filipino chefs as rock stars, their efforts had not awakened pride in local gastronomy.

Although the PCHM held bazaars and conferences and Melchor raised awareness on endangered foods such as sineguelas, asin tibuok from Bohol and kurakding edible fungi, they were not making an impact. “We needed an event with gravitas—a national celebration of our food,” he says.

The chef gathered support from government agencies, culinary historians and industry practitioners to push for a permanent FFM. In 2018, President Duterte signed Proclamation No. 469, declaring April as the month for promotion and continuity of culinary traditions and the support of the agricultural sector.

The FFM is an initiative of PCHM in the partnership with the National Commission of Culture and the Arts (NCCA) for gastronomy and cultural identity, the Department of Agriculture (DA) for food security and the Department of Tourism (DOT) for regional and international promotions.

“The Filipino Food Month aims to make our food culture part of the mainstream,” says Melchor. “Filipinos should remember April as the most delicious month of the year. Since gastronomy is not part of the educational curriculum, we want the youth to know that there’s more to Filipino food than Jollibee. Our food culture is part of who we are. When a foreigner makes an unflattering comment about our food, we react. That’s show much we love our food. We can become locavores and encourage sustainability.”

The Facebook accounts of PCHM, NCCA and DA are the main platforms because of the extensive reach. Melchor cites that in 2020 and 2021, the virtual FFM reached legions of viewers at the height of the lockdowns. PCHM will hold virtual sessions on subjects from growing food in the backyard to preservation of food traditions. DA’s page will hold webinars on high-value crops, and NCCA will host film screenings on Filipino food. FFM will explore the possibilities of using TikTok and other short-form user videos on heritage recipes.

The FFM has intensified gastrotourism, says Melchor. Guinobatan, Albay has been famous for its longganisa or native sausage festival. Under the DOT’s food mapping program, provinces delved into their heritage recipes and endemic crops.

“The Secret Kitchens of Samar” beckons visitors to see its sights while enjoying the tamalos (pork belly wrapped in rice flour with peanut sauce), an adaption of the tamale (corn-based wrap with bean and cheese filling) from the galleon trade.

The DOT will launch the Halal Culinary Tour around Muslim Mindanao both onsite and virtually during Eid Al-Adha, Feast of the Sacrifice, a Muslim holiday, on July 9.

As it nears the national elections, FFM is also a reminder that Filipinos should consider candidates who understand the big picture of the food system and make agriculture a priority, says Melchor.

“Vote with your spoons and forks. You are the conscience.” —CONTRIBUTED