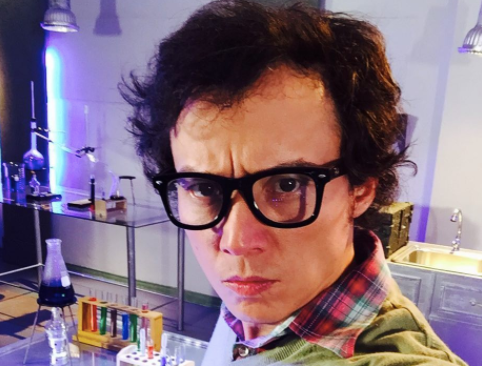 When will Epy Quizon become greedy?

Actor Jeffrey “Epy” Quizon admitted that he will become greedy if the welfare of his family would be at stake.

Quizon explained how greed is part of human nature and can possibly consume him during the online press conference for the movie “Greed” last March 31. He stars with Nadine Lustre and Diego Loyzaga in the film, anticipated by fans as the comeback movie of Lustre.

(People become greedy, especially in my case, when I feel a threat to the future of my family, especially when the payment of tuition fees comes and you did not earn that much. That is where selfishness and greed take over a person, when your family’s future is under threat.)

Quizon also thought he would succumb to greed when the pandemic happened since actors did not have work, but fortunately, he did not fall into greed’s influence.

(I guess you cannot practice greed [under these conditions] because you tend to pity the people around you who are also in need.)

The actor also felt that maybe it was actually not his nature to become greedy.

(Maybe this is why I did not become a millionaire even if I have been working for quite sometime now. Actually, I should already have more money now. Maybe our dad (Dolphy) just so happened to have taught us to be giving.)

“Greed,” directed by Yam Laranas, tells the story of a couple who won the lottery. It will premiere tomorrow, April 8, on Vivamax. JB

‘Why is Mabini just seated?’ Epy Quizon stands up to the confused