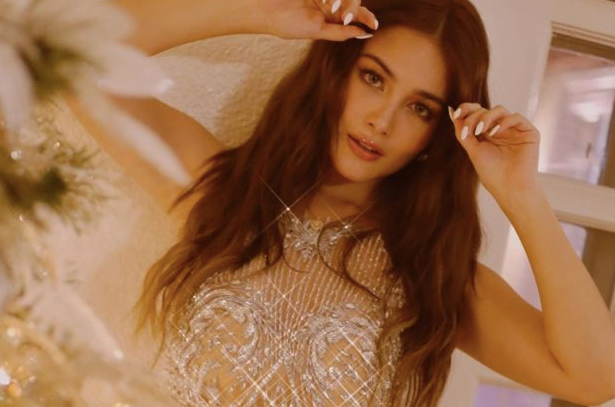 Elisse Joson, an only child and new mom, weighs consequences of strict parenting

Being an only child in real life, actress Elisse Joson can somehow relate to her Bea character in her latest movie from Vivamax, “Habangbuhay.”

“’Yung mom ko din (My mom) is a single mom so back when I was just starting in showbiz ay lagi siyang nakabantay sa akin (she was always guarding me). Very strict din siya in some aspects ng pagre-raise sa akin (She was also very strict in some aspects of raising me),” Joson said in an online press conference for the movie today, April 18. The film will start streaming via Vivamax on April 22.

In the movie, Joson plays Bea who was diagnosed with Common Variable Immune Deficiency (CVID). Her body has low levels of protective antibodies, making her highly susceptible to various infections. Because of this, Bea does not have the luxury to go to different places. Her over-protective mother named Lily (Yayo Aguila) just wants to keep her safe at home, until Bea meets the houseboy character of McCoy de Leon, who happens to be her real life partner.

Meanwhile, when it comes to raising her own daughter Felize, does she see herself as a very protective mom? Joson feels that would be inevitable, since her firstborn is a girl, but she hopes she can strike a balance in raising her daughter.

(That’s what McCoy and I talk about. As Felize grows up, we will likely butt heads or argue because she’s a girl. But I feel like since I also went through the same circumstances, when it comes to a being a strict parent, maybe I will be able to achieve a balance in the future.)

“Habangbuhay” is directed by Real Florido, winner of Best Director at the London Film Awards, and Best Feature Film at the Canada International Film Festival for the movie “1st Ko Si 3rd.” JB