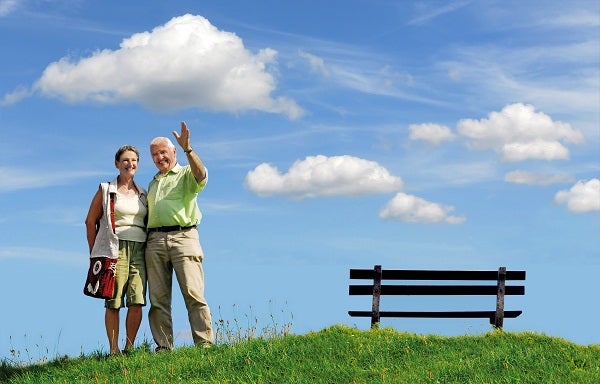 10 reasons why Philippines should be considered retirement destination

1. Affordable cost of living — The monthly expenses for housing, food, transportation and even labor costs anywhere in the Philippines are quite reasonable and affordable for most retirees that allow them to stretch their pensions and savings. Balikbayans and foreign retirees enjoy not only the lower cost of living but also a favorable currency exchange rate.  On an average, a retiree can live very comfortably in the Philippines at US$2,000 per month in a fully furnished home complete with a household helper.

2. Filipino hospitality — Filipinos are among the most hospitable races on Earth. Filipino hospitality is renowned all over the world. Filipinos’ friendliness, cheerfulness and compassion are qualities that will make retiring in the Philippines truly feel like one has found a second home. They are a happy people, and have consistently rated among the top in every happiness index conducted.

3.  Medical and health services — Retirees are naturally concerned about their health-keeping healthy will help them enjoy their retirement to the fullest. The Philippines’ medical and healthcare facilities are comparable, sometimes even better by comparison to that of the retirees’ place of residence overseas, depending on his or her country of origin. Filipino doctors are trained in Western medicine and most of them are trained abroad and affiliated with international medical associations. The Filipino nurses’ natural friendliness and competence are sought all over the world and would be comforting to every retiree who needs compassionate care.

4.  Modern conveniences — The Philippines provides retirees with all the basic necessities and conveniences of modern living. From large malls to modern transportation, to the Internet and other high-tech telecommunications network, to contemporary forms of entertainment like Hollywood movies to cable TV channels that include programs from around the world-the retiree would never feel cut-off from the rest of the world and modern life.

5.  Eco-tourism destinations — The Philippines being an archipelago is known for its beaches, diving spots and beautiful scenery. It is rich in biodiversity and natural wonders. From the white beaches of world-class Boracay island, to the beautiful hills of Tagaytay, the Philippines has thousands of islands that all offer a piece of tropical paradise.

6.  Wellness choices — Wellness centers and spas abound, offering massage therapy, acupuncture and other natural and alternative treatments and practices-all designed to restore vitality and promote relaxation and good health. Most of these wellness facilities are run and/or staffed by medical doctors who are experts in Western medicine. Other wellness centers offer treatments based on both Western and Oriental medicine.

7.  World cuisine — The Philippines offers diverse cuisine. Filipino food has mainly Spanish and Chinese influences but over the centuries has also acquired styles and flavors of the cultures that have come in contact with Filipinos, including American, Chinese, Japanese, Indian, Arabic and Southeast Asian  culinary styles. Besides the local cuisine, the Philippines also has restaurants offering authentic dishes that foreign palates have learned to adopt with.

8.  Freedom in religion — While more than 80 percent of Filipinos are Catholics because of the 300 years of Spanish colonization, other variants of Christianity thrive in the Philippines. Some 5 percent of Filipinos are Muslims, while the rest belong to Protestant and Evangelical Churches. Recently, there has been a rise in secularization, led by a group of Filipino freethinkers. Bhuddhist and Hindu temples are also seen in some places. Overall, all religions are respected and freely practiced in every part of the country.

9.  Climate — The Philippines is a tropical country with two seasons: rainy and dry. The weather is generally fair throughout the year.  This is particularly important for retiring people who can no longer tolerate the cold season and avoid winter depression.

10.  Language — English is one of two official languages in the Philippines. The other one is Filipino. English is widely used and most Filipinos are conversant in English. Language interpreters also abound and are available through the Department of Tourism.