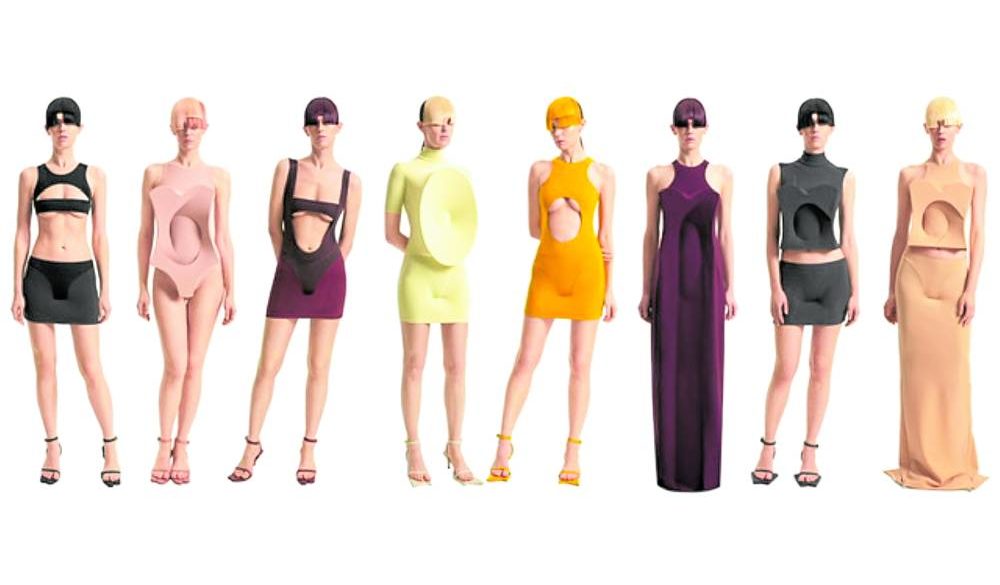 A Filipino designer’s graduation collection got the nod of the judges at London’s Central Saint Martins’ (CSM) MA Fashion graduation show for its novel take on body-conscious separates.

Jessan Macatangay of Batangas sent his models out in jersey pieces that drew attention to the models’ breasts, shoulders, arms and thighs—areas that are often concealed in the Philippines. 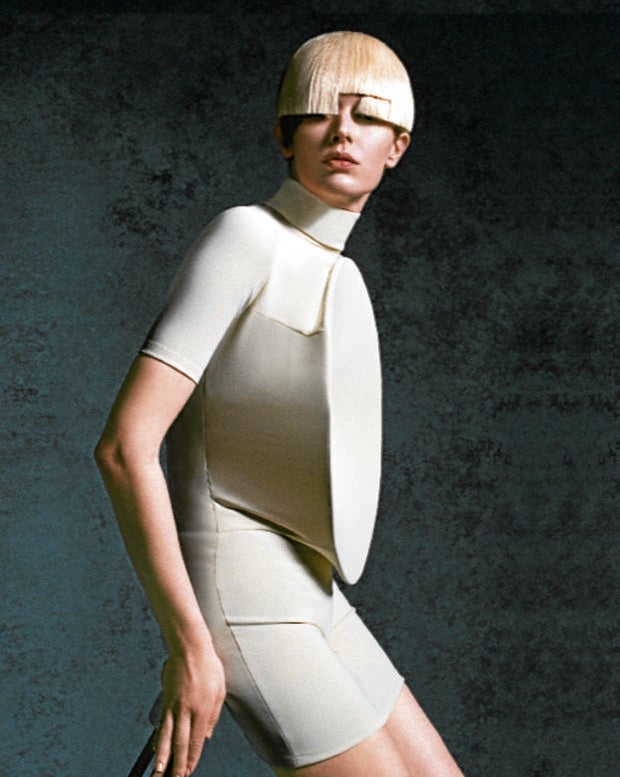 His eight-piece collection that was edited down to six for the show exposed stomachs and midriffs in monotone outfits in black, ochre, ecru and ivory. He stretched different kinds of jersey fabric over wired frames to mimic swimsuits. Their sharp edges could also be considered cages or fences that restrict women from experimenting too broadly with fashion. 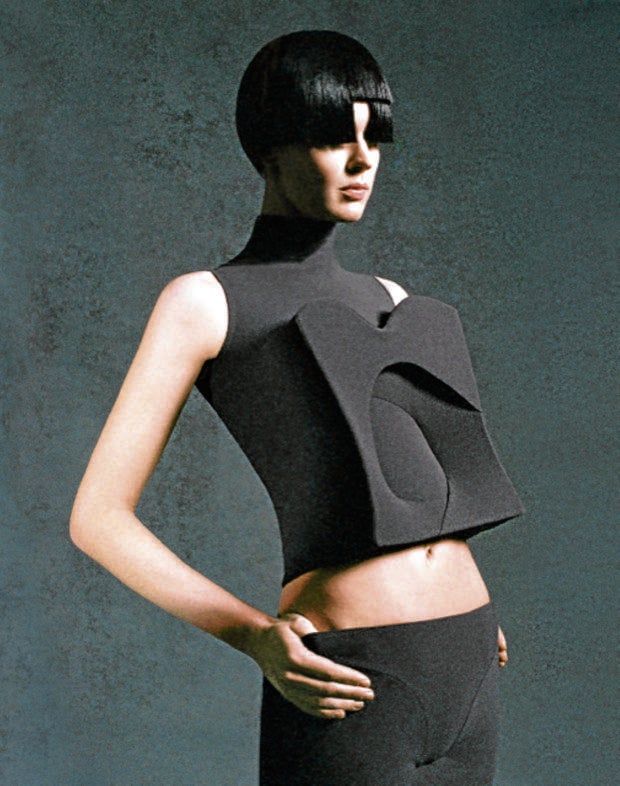 created his “Sculptural Sensuality” collection because of the “restraints put on women, especially on how they dress” in the Philippines, where religion and tradition still rule.

“I grew up in Batangas where the prevalent dress code is always modest and conservative,” he said in a statement. “Batangueños are naturally religious people. So religious, in fact, that they allow their beliefs to heavily influence every aspect of their lives.”

He recalled how, growing up, he would see how Filipino women were treated and judged for being too revealing with the clothes they wore. Macatangay said he saw women wearing t-shirts over their bathing suits to cover up. This “fear and discomfort of showing skin” served as the catalyst for his project. 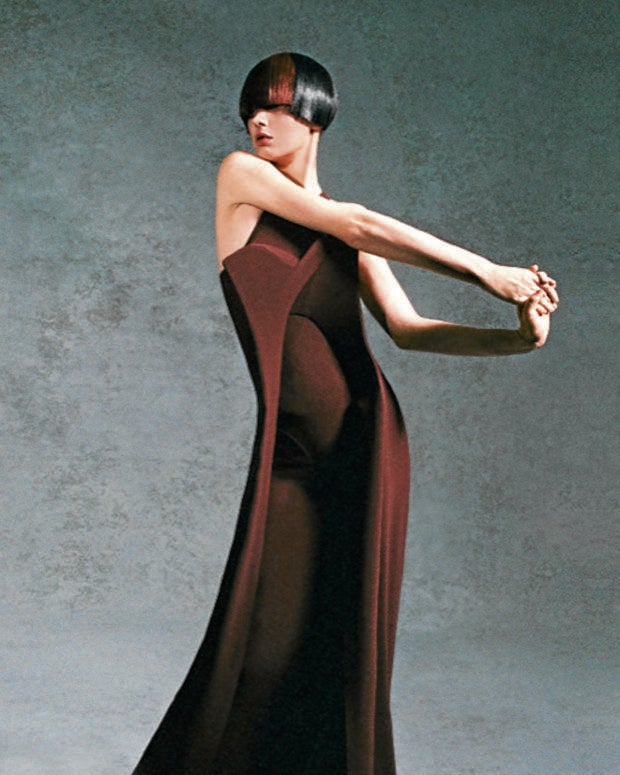 In an email interview with Lifestyle, he said that the women he knew growing up did not complain about restrictions placed on them by society, although he could see it in their actions.

“To paint a clear picture, I’d see women in our family go window shopping for swimwear, or buy really trendy clothes that they liked, but end up not wearing them because they ‘showed too much skin.’ 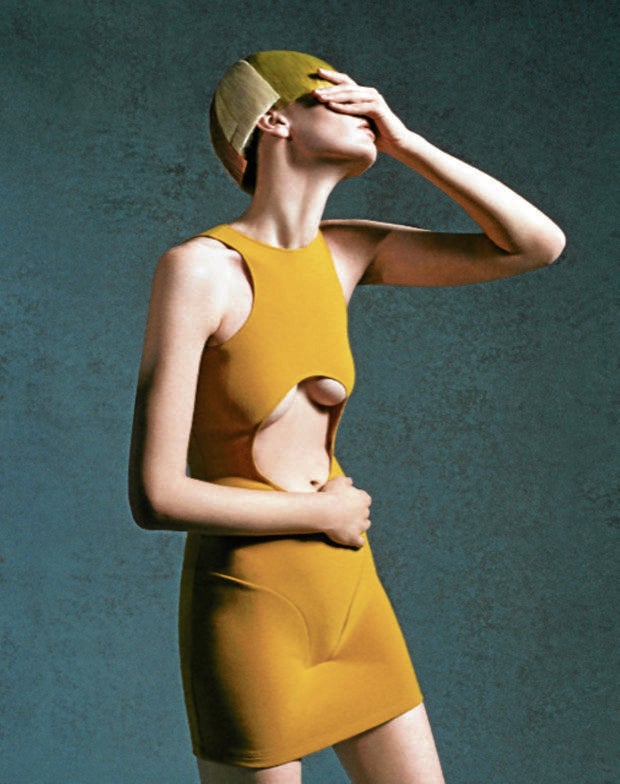 “This collection started with the idea of the judgment Filipino women get in the way they dress, especially if they show a lot of skin. In a way, this project questions and challenges our deep-seated Filipino cultural feelings of still imposing restraints on how women dress in our country.

“So, beginning from a Filipino inspiration, this collection imagines the freedom that results when these cultural restrictions are lifted. And the joy that fashion can inspire in the wearer.” 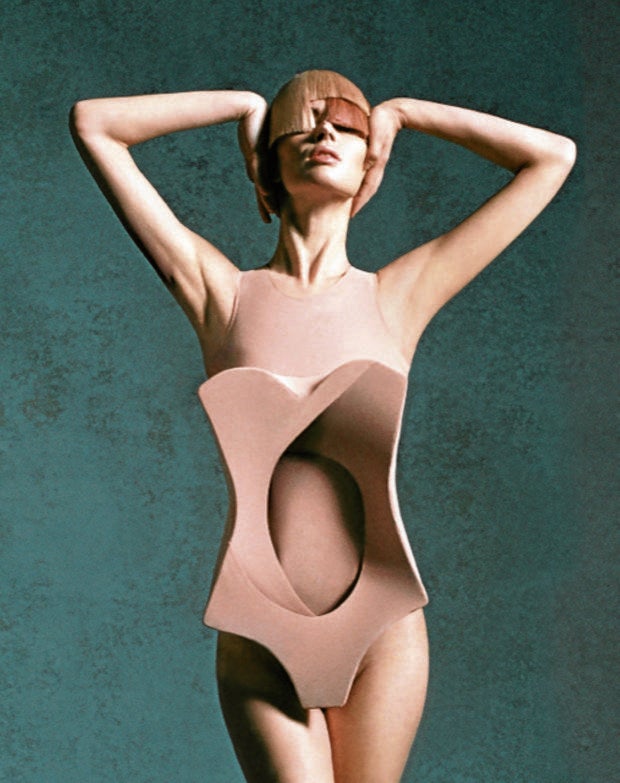 Macatangay told Lifestyle that he wanted his collection to make society realize that a woman is more than her body.

“Clothes exist to accentuate the feminine figure and showcase it in its most lustrous light. I really want to create pieces for women who adore sensuality without fearing sexuality. They do not want to cover up with a t-shirt while on the beach. They want to be free,” he said.

It’s only been a few weeks, but Macatangay is already thinking about his next step.

“I want to further develop my work with the ultimate goal of having my own brand. It was pretty amazing seeing my garments on models on the runway. What I want to see in the future are real women wearing my garments. I think that would be even more amazing!”