Love Monopoly? Wait till you see Solaire’s very own Monopoly board ❮ ❯ 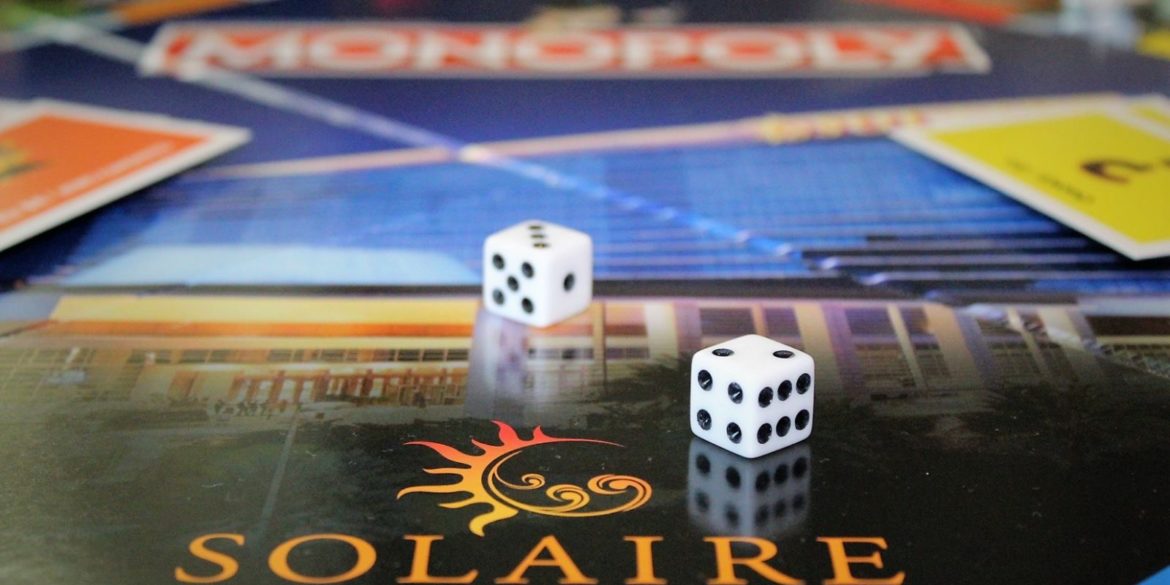 Love Monopoly? Wait till you see Solaire’s very own Monopoly board

One version will come in wood and faux leather, with customized tokens in gold finishing.

If there’s anything new worth checking out in the world of board games, it’s Solaire Resort & Casino’s collaboration with Monopoly. 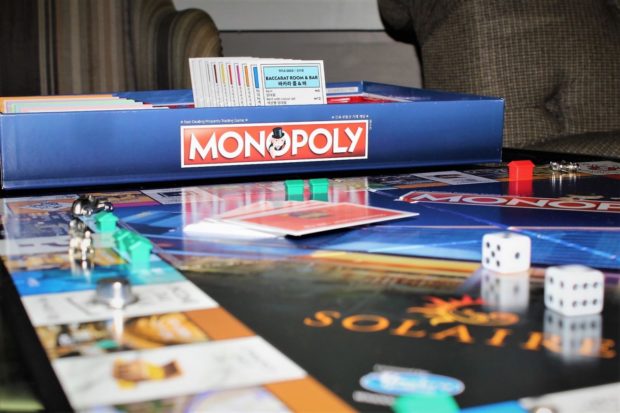 You’ve heard it right. A Filipino-themed Monopoly board just launched.

For fans of the real estate-themed board game, it’s a well-known game that is best played with two up to eight players. The main idea is to outwit your opponents and deck your properties with the best that the gameplay may offer.

As opponents fall one by one into bankruptcy, the goal is to emerge as the last player standing in the game. In simple terms: once you’ve monopolized the make-believe world of the game.

What better way to look back at the game but by having another go? With Solaire’s collaboration with Monopoly, you can have another take on the board game but this time with a Filipino twist.

There are two versions: the Classic and Deluxe editions.

The Classic Solaire Monopoly board is a bespoke take on the classic Monopoly board. It is available until supplies last in the Solaire Boutique and is offered as a promo for Solaire Rewards members.

The box is designed with a photo of the Solaire façade against the iconic Manila Bay sunset , showing its unique architecture in its current location in Entertainment City, the top gaming spot in the Philippines. 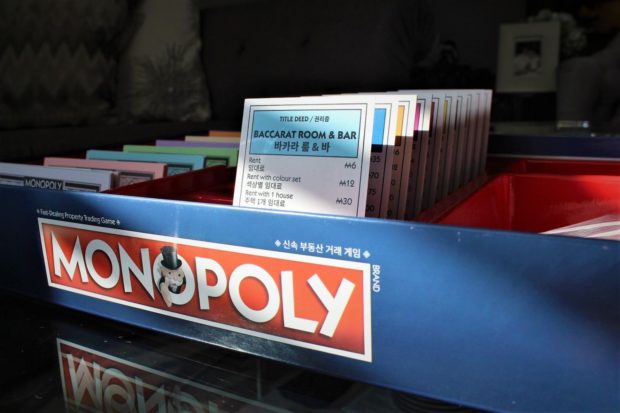 Similarly, the board itself will have the Solaire design at the center, with other unique changes in the prints.

On the other hand, the Deluxe Solaire Monopoly board is a sure head turner. This version is made of faux leather and premium wood. Custom player tokens inspired by themes from the Philippines have been included to add to the excitement when playing the game.

Instead of the usual properties on the classic Monopoly board, Solaire locations were used. This includes the Sky Tower, a five-time Forbes Travel Guide Five Star awardee; Solaire Club, the newest exclusive gaming destination in Asia; and the Theatre, home to Broadway hits and classics like Les Miserables, Sound of Music, and The Lion King. 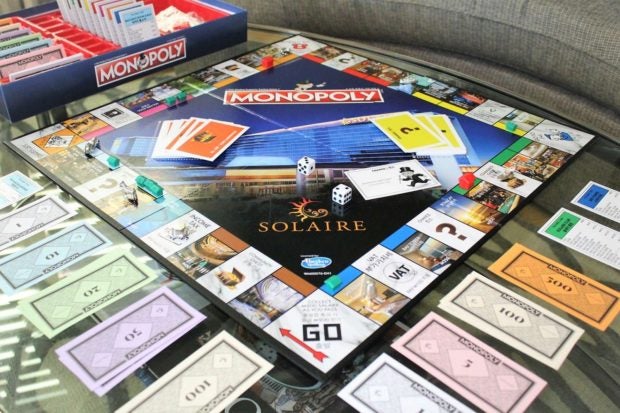 Interestingly, the Deluxe edition’s tokens have gold finishing and will have the jeepney, lechon, tarsier, kalabaw, and other truly Filipino marks headlining this unique release.

The board itself comes with a built-in drawer, which is a simple take on the Monopoly and Solaire logos carefully imprinted in the middle of the wooden board. 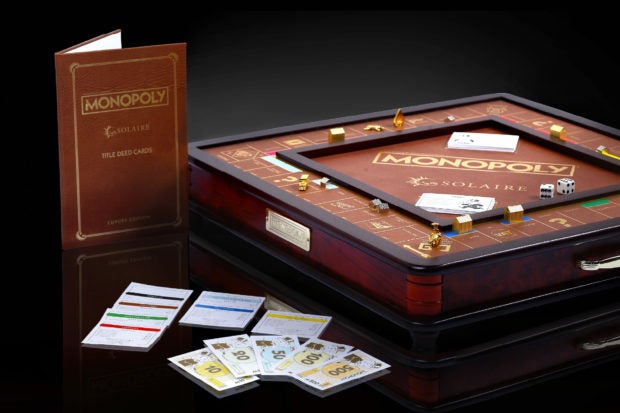 This edition, however, will be harder to get. The Deluxe edition is available only through Daily Fortune Treasure promotions and will be open only to Solaire Rewards members. There are only 50 boards produced for the Deluxe edition, making it incredibly rare and limited.

If this piqued your interest, you may visit Solaire’s official website for more details on the collaboration and to stay updated on the latest promos and offerings.