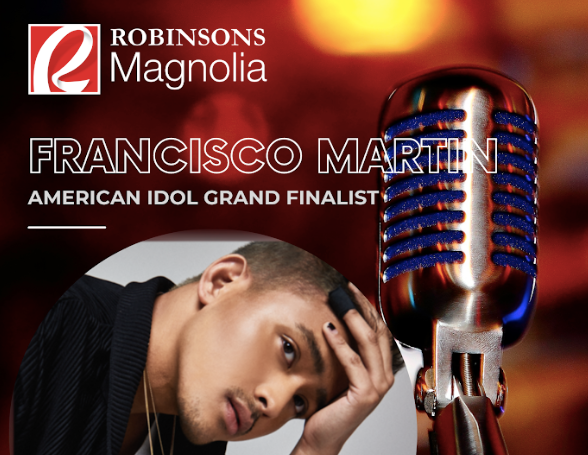 Fil-am singer-songwriter Francisco Martin, who became one of the most popular Top 5 grand finalists of American Idol, will serenade his Pinoy fans in an intimate “Stages Sessions” show at Robinsons Magnolia Central Garden on April 28, 2022.

His creative handler Carlo Orosa said that this is the first time that the California-born singer will visit the Philippines and that the 19-year old crooner is very excited to meet his supporters up close to thank them for joining his American Idol journey.

After his successful American Idol stint, Francisco quickly released a few singles before embarking on a fall coast-to-coast tour. To date, Francisco has released several hit singles, including “Swollen,” which has amassed close to 8 million streams in Spotify and in other music streaming platforms. 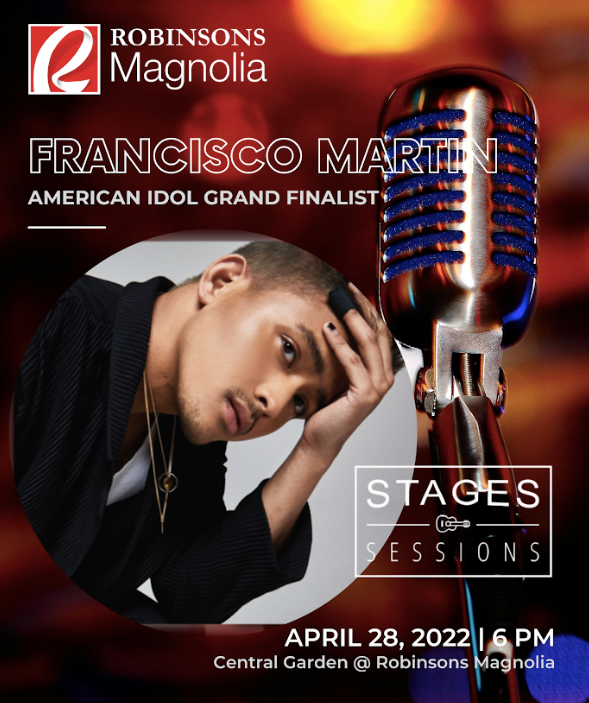 Francisco will be the special guest of this year’s Miss Universe Philippines coronation night and will also appear in “ASAP Natin ‘To”, RX Monster Radio’s Concert Series, ANC’s “Headstart”, and Wish Bus.

Don’t miss this limited engagement with Francisco as he performs live with his guitar only at your favorite place for shopping, dining, and leisure experiences – Robinsons Magnolia.