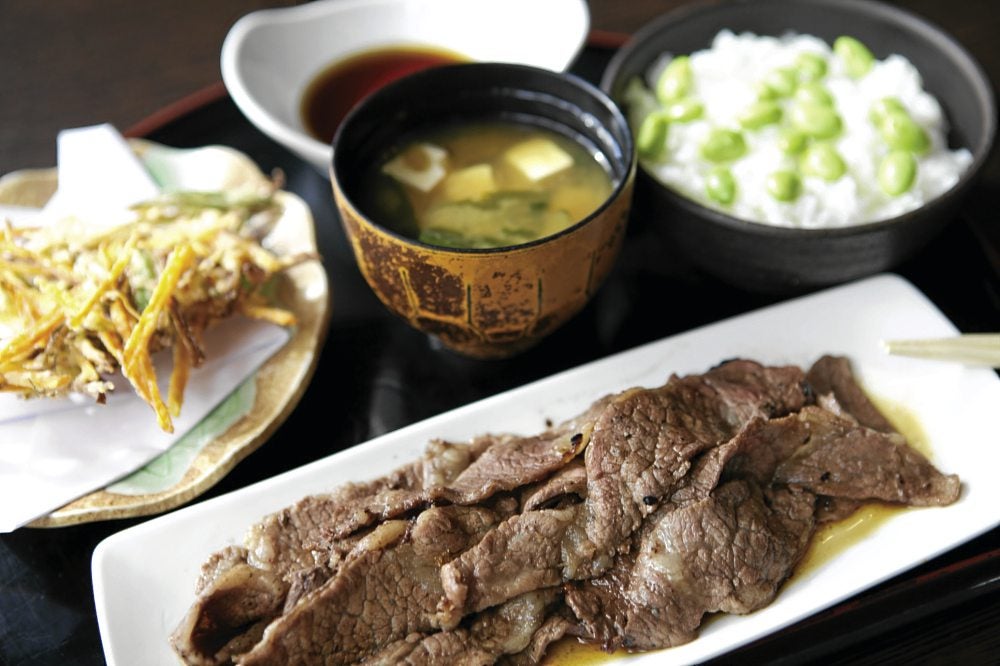 It was the kind of serendipitous discovery that doesn’t happen very much these days anymore. We were wandering around The Fort on a Friday night, our pockets flush with month’s end wages, looking for somewhere to eat.

We didn’t expect to get tables in the hip and trendy new restaurants. We just wanted something good, even familiar, to revive us at the end of a hectic week.

As we meandered across to Serendra, a mirage appeared in the form of Mogu. It seemed that a Japanese restaurant had materialized where one hadn’t been before. The prices seemed reasonable, and lo, they had a table for two by the window on a Friday night. What was wrong with this place? Had I missed a memo? Would it be very, very bad?

It turned out, actually, to be very, very good. We ordered far too much but ate all of it anyway. I posted messages to people about the “new” Japanese restaurant we had discovered. No one seemed to know anything about it.

This was somewhat puzzling, because my friends are up-to-date about obscure Korean restaurants opening in the middle of nowhere, so it did not seem likely that their gimlet eyes would have failed to notice a large, brightly lit restaurant at the very entrance of Serendra.

As it turns out, Mogu is not new; it’s old. What’s new is that it’s Japanese. It was Italian, but turned Japanese two years ago, then with the help of two new Japanese chefs, revamped its menu a few months ago to come up with the eccentrically eclectic range of offerings it now has.

This seems counter-intuitive in Manila, where everyone obediently flocks to any place with a new name and a spanking new interior, even if it turns out to be yet another sinkingly familiar extension of a rambling food empire. Remnants of the old menu poke out among the Japanese dishes, like ruins of an old city mingling with the new: a starter of lechon kawali with native vinaigrette, for instance, or pizza from a wood-fired oven.

The Japanese food at Mogu is completely, utterly inauthentic—and I love it. It’s fun and brash and playful and is about being delicious, rather than correct. The flavors are big and bold rather than subtle and wobbly, which is fine with me: I can appreciate each in its own right.

There was nothing that would keep me away from the novelty of sea-urchin shooters (dash of vodka optional). These work especially well with local sea urchin, which are inchoate and gloopy rather than discrete tongues as the imported Japanese ones are. There are worse things one can do than drown them in a broth of briny liquid.

We had pan-seared foie gras with a slab of unagi on a salad bed. Absolutely divine.

For the main course, we were recommended the “bestseller,” and who am I to dismiss the opinions of those who have chosen before me? Harami, or marbled beef shortribs, were delightfully off the bone, and thus without the gristle and fiddliness of anything that’s ribs.

We had failed to notice that the menu said “sharing portions,” so the wife ordered a grilled black cod, which was likewise devoured, so perhaps “sharing portions” is optimistic for a main course. Either that, or we just eat a lot.

For people who are not as ravenous as we were that night, which is probably most people, I would suggest sharing the harami, then getting more of the bits and bobs, like the scallop tempura or the oysters. The bill, despite our unintended extravagance, was not bad at all. Not cheap, but not bad.

I’ve been mulling why Mogu isn’t better known or more successful than it is now, and can only offer the explanation that it isn’t conceptual. It’s not that the menu is long, because surely nothing can beat the Russian novel that is Café Juanita’s menu. But unlike that impossibly long compendium of Filipino dishes, here we have Japanese, Italian, Filipino, Spanish and etc. (a great deal of etc., actually) on one menu. Not really fusion, just sharing a menu.

It’s like the range and variety of what a fairly cosmopolitan Manila diner would eat in a month, except scrunched up together, which can be bewildering. It isn’t modish or fashionable or new. It’s just good food, which, in this city, is far from being reason enough for a restaurant to survive.

Go quickly before it closes and becomes something trendy.