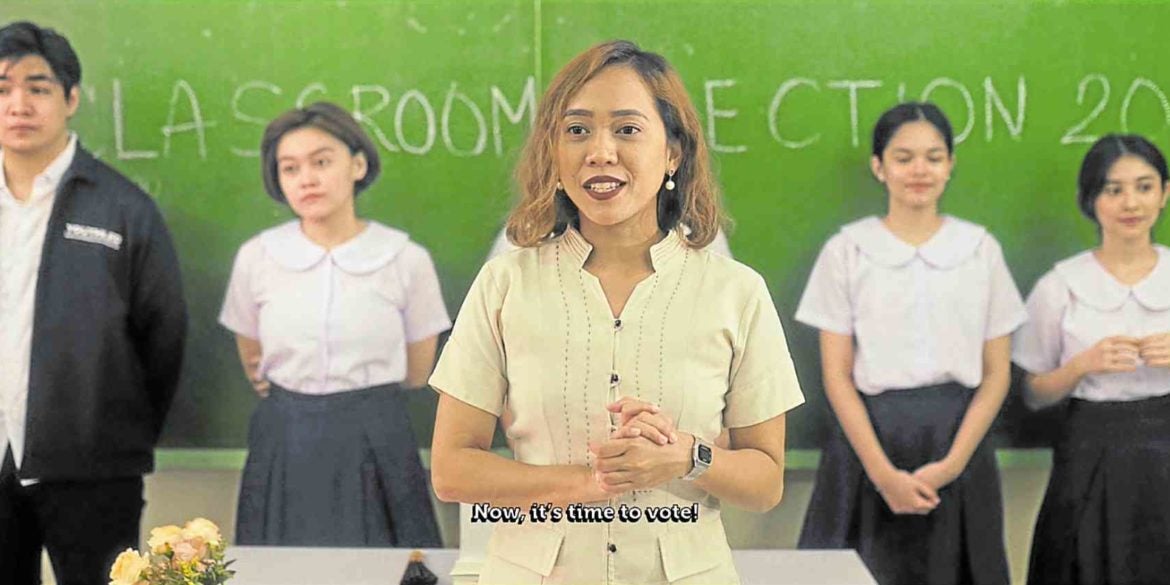 In tune with current events, the comedy-drama short film “Classroom 2022” encourages the public to vote wisely in the upcoming elections.

The five-minute, eight-second piece follows the students of Grade 10 Maharlika Section, who are finally in face-to-face classes after the pandemic. Their adviser Ms Pallan announced that it was time for classroom elections. The characters nominated potential candidates, including themselves. Soon, platforms and goals, and the students’ characteristics and beliefs were unveiled.

“Classroom 2022” depicts the Philippine political environment and reflects the significant role of citizens during one of the most crucial events in the country.

Twenty-year-old student filmmaker Diana Galang, a digital filmmaking student of De La Salle-College of Saint Benilde, used the classroom setting to remind the audience of the importance of each person’s role in the upcoming elections.

“Elections should not be taken for granted. The future of the Philippines is still in our hands,” she said. “Let us raise our standards when it comes to electing rightful leaders. We must learn how to evaluate our candidates and know who is the most qualified to lead us. The power of our vote could help change the next six years of our lives.”

Initially written in June 2021, a week after Galang registered to vote, “Classroom 2022” is a manifestation of the young artist’s dedication to participate in creating a change in the country. With the help and support of her sister Angelica Louise, she was able to build the personalities of the cast.

“From the eyes of a first-time voter, I have high hopes for the Philippines and this is what I want to share with the viewers since all it takes for that change to happen is to be involved in such matters,” she adds.

“Classroom 2022” was recognized with the “So Short But So Good—Best Picture” and “You Have to Watch This—Fan Favorite” top awards in the Super Shorts Category of the recently concluded IKLI Super Short Film Festival. Launched by Ticket2Me, an independent creator monetization platform in the Philippines, it is in partnership with Movement for Good Governance, Youth Leadership for Democracy, YouthVote Philippines and Rappler.