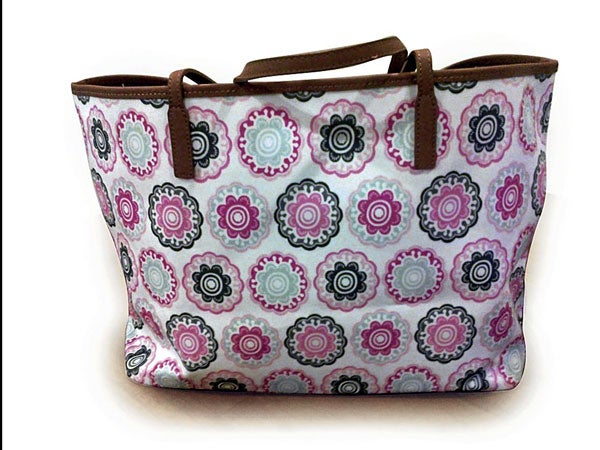 The toddler in-between–decoding the essentials 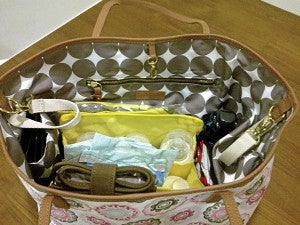 My son has just turned three.

We’ve survived the terrible twos and now we have to contend with a toddler who is not quite an infant, although he still does drink formula from a bottle, and not quite a kid, despite the fact that he can now demand, talk back and order his parents around—and quite eloquently at that!

My little boy is now in an in-between stage, and as much as parenting books and other parents will lecture that this is the point when independence should be established and encouraged, personal experience has taught me that my son is not your typical kid.

He learned to walk, started to talk and went to the potty not when we expected or wanted him to, but when he decided it was his time.

And so my husband and I must wait. But in the meantime, we have to adapt and make his transition as comfortable as we can by finding “big boy” versions of the things he used when he was little.

Of all the strollers we’ve had, we got the most mileage out of our Combi Miracle Turn, which has traveled the US, Europe and Southeast Asia with us. Sadly, our son exceeded the weight limit and despite his being thinner than most kids his age, literally broke the support, rendering the stroller unfixable, a month ago.

The Combi having been his reliable companion, particularly during our move back to the region, my son was naturally distraught. We had our sofa-like, industrial-sized Luna pushchair from London, but he just did not feel as comfortable, as the Combi is made for the Asian climate.

And so we found the Combi Quikids, which carries kids up to 55 lbs. and is as easy to fold and transport as our old Miracle Turn. This version is fitted out for toddlers, with a convenient and much appreciated (by my son particularly!) drink holder attached.

The fabric is also easy to clean (with just a little soap and water for stains) and vacuum, which is perfect for constantly munching toddlers. 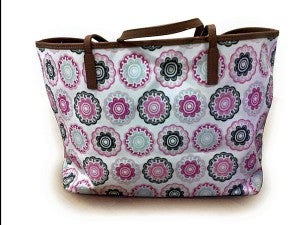 Having been obsessed with baby bags, I felt that three years later, I am still not ready to give up my fixation—not with the multitude of new designs that are coming out in the global market.

While home last Christmas, I chanced upon some bazaar stalls selling bag organizers made for baby bottles and baby things. I didn’t buy any because I figured my son would soon outgrow his formula.

Of course, I was wrong, but luckily, a thoughtful “tita” recently gifted me with one and that has helped lighten my load on certain occasions, as I no longer need to carry an extra baby bag during dinners and quick trips out of the house.

Dwell, a new favorite of mine, has come out with the Madison tote, which comes in the same shape, size and style as the popular Louis Vuitton Neverfull GM, but is more waterproof, has more pockets and, because it’s much cheaper, will less likely make you cry in the event that your toddler’s milk bottle spills over—or worse!

Being constantly flying in and out of countries, we have discovered a great help in Avent’s Tempo bottles and liners.

Unlike in the past when we would pack up to 12 baby bottles for a 24-hour trip to Australia, we can now just pack an Avent Tempo bottle with a replacement teat or two (as we no longer need to sterilize and can just wash them in flight) and as many disposable liners as we need for the trip.

Playtex also has a similar product called Drop-Ins, but we stuck with Avent, since our son was familiar with the teats, and not to mention, its logo (yes, at three, kids start to notice everything!).

Of course, younger kids also use these bottles, but with stronger immune and digestive systems come much more ease in using them.

One thing we’ve realized is that all those notices on toys and books that say for this age or that are completely useless in terms of kids’ preferences.

For while they serve guides for doting parents and grandparents to find age-suitable toys for their little ones, kids just don’t care what the boxes say. My son is completely happy playing with a toy we bought him when he was just one, as he is with a more recent, so-called “age-appropriate” purchase.

To make sure none of his toys are forgotten, we’ve placed similarly used toys together (all cars and other modes of transport separated from all figurines, such as Mickey Mouse and various dinosaur breeds, for example) to make sure that as much as possible, he gets to play with them all.

I’m not sure if it’s my obsessive compulsive upbringing, or if it’s completely normal for kids his age, but our son is actually good about bringing broken or grown-out toys and books to our attention.

Everyday, he sorts through his toy boxes and sometimes, after he’s played with everything in a particular box, he picks one out and hurriedly runs in my direction, loudly declaring what will be our activity for the day: “Mommy look! Toy broken… time to go toy store!”