Plea from one too young to vote | Lifestyle.INQ ❮ ❯ 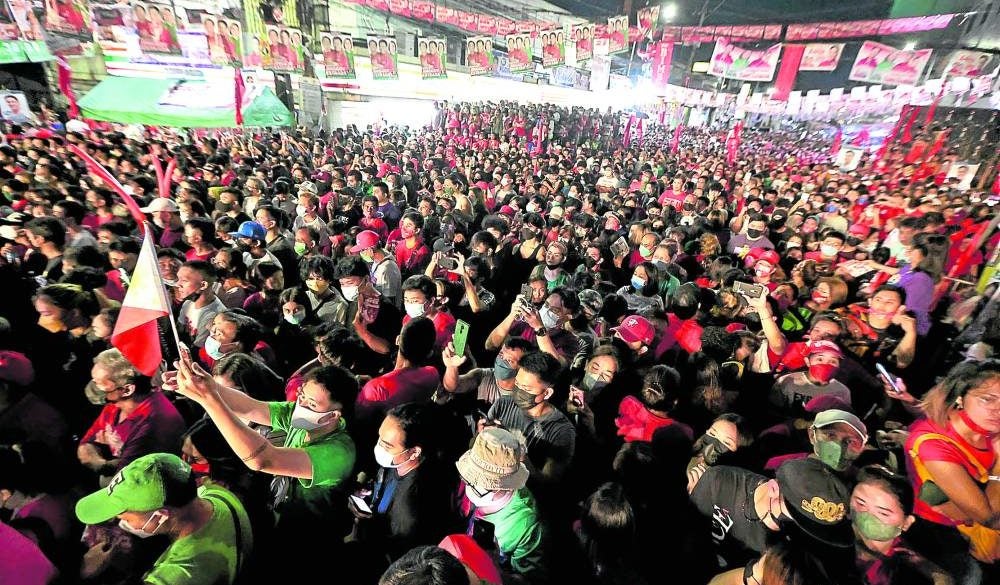 Plea from one too young to vote

As the countdown to the 2022 elections hangs over the Philippines like a ticking time bomb, every minute, every vote and every person has the potential to turn the tide. With the future on the line and the past clouded by disinformation, the present is a sea of uncertainty and a myriad of conflicting opinions.

In recent years afflicted by the COVID-19 pandemic, economic recession and countless other issues, it’s no surprise that many young, first-time voters choose to opt out of the spiraling rabbit hole of Philippine politics, much less the 2022 elections.

But when one vote, amplified by numbers, can affect millions and change our country for better or worse, one’s decision in the upcoming elections is a stand worth taking.

In the wise words of Dr. Joze Rizal, the youth is the hope of our future. Of the 65 million registered voters in the coming elections, 32.7 of them are between the ages of 18 and 30. Therefore, this constitutes 50 percent of the country’s current voting population. However, the youth’s vote is in a vulnerable state, susceptible to peer pressure, external opinions, personal bias that sways even the cornerstone of truth and fact and, of course, social media.

With the chokehold technology and digital media has on the younger generation, strong social media influence has played a prominent role for most candidates. By spreading information online, whether it be speculation about a candidate, political statistics, or hilarious memes, it’s not hard to see how the Filipino youth have become more engaged in the nationwide political spectrum.

While the internet can be accounted for helping more responsible young voters make an informed choice, by, for example, referencing credible online news sources, it is also pinpointed as a culprit for the spread of fake news.

The comments section is a raging hot spot for every political post. People disagree, take sides, call names, and before you know it, an all-out war has begun. Fake news spreads like wildfire, the truth is subjective and netizens are left not knowing what to believe.

Thankfully, through fact-checkers, accessing reliable sources, or simply asking a trusted person who has voted before, young voters are better able to sort between fact and structured fantasy, truth and lies. Not everything you see on your Facebook feed, convincing as it may sound, is true.

If you haven’t registered, are unable, or are too young to vote, that doesn’t mean you are ultimately without or incapable of an opinion. As someone years away from being legally able to vote, I believe that knowing where you stand on various issues, especially the elections, is more important than ever.

Conversations with your parents or relatives, listening to speeches and campaign rallies and doing your own research have helped me and can help you decide which candidate represents what you believe is best for our country.

To those who can vote, however, take this as a plea from everyone who cannot. Vote not only for yourself, but for those who your vote will impact—your children, grandchildren, nieces, nephews and the youth who will be reaping the effects, both negative and positive, of your ballot.

Voting isn’t just our right, but rather, our power. By voting, we exercise our rights to suffrage and individually represent a collective body, of different beliefs, different upbringings and different people working toward the common goal of a common nation.

But voting isn’t just about choosing our leaders, it can also be about exercising the rights our ancestors fought for, as every vote is a step away from the era where we couldn’t. When the socioeconomic, ecological and political future of our nation is at risk, the past should not define us, but rather be used as a warning sign. What has happened before can happen again, even under different circumstances and different people. This is something we should take into consideration before making our big decision. Whether you are a first-time voter, a seasoned voter, or not voting at all, this country needs you now more than ever.

As youth in an era so seemingly redundant to our opinions, now is the time to voice them louder. Now is the time to take a stand. Our beliefs, our views and our advocacy matter, especially in a time so crucial to our nation and our future. The promise of a better nation is within reach. The day the Philippines will no longer be shackled by the constraints of corruption, but rather rise on the wings of freedom, is in our hands.

Come Halalan 2022, the world will be watching. When the youth speak, it’s high time the world should listen. —CONTRIBUTED