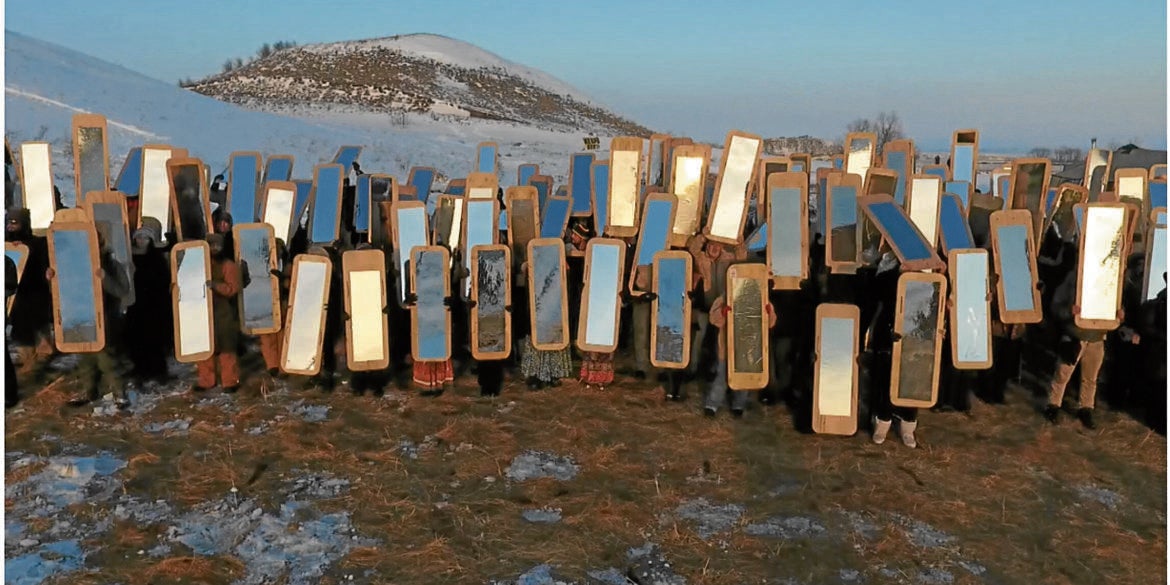 ‘Our Islands, Their People’: Starting an overlooked artistic conversation

Pintô International, the New York outpost of the Antipolo-based Philippine art contemporary museum, opened a conversation on the overlooked connection and common denominators between the Philippines and South American countries in the exhibition “Our Islands, Their People: Becoming an Archipelago.”

Mexico has Mango Manila, and thanks to them, we have cacao trees and guitars. During the Spanish colonial rule, the Philippines was ruled from Mexico City through the Viceroyalty of New Spain and the cultural exchanges went both ways. The process of bottling tequila was actually thanks to innovations from the Philippines.

Studies also showed that Asian ancestry can be traced along the Galleon trade route. The United States’ neocolonialism of South America is also another thing that the Philippines has in common with its distant Pacific neighbors.

Despite these links and shared colonial pasts, these connections go largely unnoticed.

“I was impressed because lots of Americans don’t know about their colonial past in the Philippines and their real impact in Central America and the Caribbean … I thought it was very interesting to spark this dialogue and try to find some topic that could connect artists from Philippines and Filipinx, based mostly in New York and Los Angeles,” said curator Elisa Carollo.

The Pintô International codirector admitted that despite living in New York and Milan, she was also not familiar with this overlap between the Philippines and the Americas.

“Our Island, Their People” aims to connect the dots not just for the Manila-Acapulco trade, but also for the decolonization of spaces through art.

In Cannupa Hanska Luger’s 2016 mirror shield project, the New Mexico-based interdisciplinary artist rejects the misappropriation of visual arts of indigenous communities. Instead, he presents a different way of seeing global cultural fabric using their holistic and universal notion of indigeneity.

Another work that explores this misrepresentation of indigenous art is Nicholas Galanin’s “Ism No. 01” (2013). Here, Galanin juxtaposes Christian religious iconography by putting a shaman’s mask on the head of a saintly figure.

“Some of them are appropriating and deconstructing colonial documentation such as in the case of Sara Jimenez and Shiraz Bayjoo as a way to reempower the subjects and also to question their own identity connected to that and the historical meaning of that representation,” said Carollo.

Bayjoo’s “En Cours” created a colorful, interconnected polyptych that depicts indigenous peoples in a dignified manner. These “constellations,” according to Pintô International, “tries to retrace and reconnect the genetic entanglement and traditional orders within indigenous communities, subverted and displaced by the colonial power.”

The show takes inspiration from the book “Our Islands and Their People, as Seen with Camera and Pencil” (1899), which brought to the forefront the similarities between the Philippines and South America, and Caribbean countries. According to Carollo, the book showed how the Philippines was treated like Puerto Rico and Mexico.

“They are mostly documentation from the local population from the colonial gaze so it’s mostly culturist, wild and savage customs rather than getting into the stories of a single character,” she said, describing the content of the book available in New York libraries.

The group show, however, breaks free from these images that were painted by colonizers.

“When artists question identity they’re really trying to appropriate those documentation also as a way to deconstruct without getting back to the grammar of colonialism, but also trying to deconstruct the mechanism in this case that establishes a very specific view than what could be represented by the population itself.”

More and more artists around the world, including Filipinos, are casting off Western notions of art. Before, colonizers would place European artworks like painting and sculptures highly within a Eurocentric hierarchy of art, while works by indigenous people were categorized as mere craft.

“Our Islands, Their People: Becoming an Archipelago” is the first of the three projects that Pintô International is planning for the year. The theme of the upcoming second exhibition will show indigenous knowledge as a different way of showing mankind’s relationship with nature, while the last one will tap into the revival of shamanism in contemporary art.

Among the Filipino artists included in this exhibition is sculptor Leeroy New, whose out-of-this-world plastic creations are so easily recognizable. New’s pop-colored masks are influenced by ancient cultures but are reimagined for the modern era through the use of mundane, recycled household materials.

Filipino Canadian artist Jimenez’s striking “Fevered Tropics” is also on display, as well as the imposing “Force of a .22 Caliber Bullet” by Caroline Garcia. The multimedia artist has never lived in the Philippines, yet she is “fascinated by her own unexplainable longing for the Philippines and its culture,” the show notes read.

“Night Blossom” and “Shadow in the Field” by Maia Cruz Palileo are also on exhibit. Palileo was influenced by stories of her family’s migration to the United States. In her works, “she imaginatively deconstructs and elaborates colonial memories and heavily captioned US photographic archival images to resurrect and memorialize the legacy of invisible histories,” according to Pintô International.

The role of oral history and stories in forging identities is also explored almost literally in the work of artist Miguel Angel Payano Jr., whose creations prominently feature human mouths.

“It’s an idea that an individual is not made with a face but through the conversations, encounters you have throughout and that’s the main topic and how we try to connect artists from the Philippines, Filipinx and Central America,” said Carollo.

In curating the show, Carollo said that she learned of the size of the Filipino community in the United States.

“I was shocked at how many Americans don’t know about this past and the stories so that’s why it’s important for artists to touch on a series of topics that are not yet explored,” she said.

The exhibition, which runs until June 1 at an expanding art neighborhood in the East Village, has already attracted interest from researchers who are looking into the connection between Puerto Rico and the Philippines.

“People now are starting to dig deeper into that,” Carollo said. “The importance now is to encourage more of this dialogue to develop and maybe encourage more confrontation.”

Proceeds of the show will go to the programs of Pintô International. Book an appointment at pintoart.org.