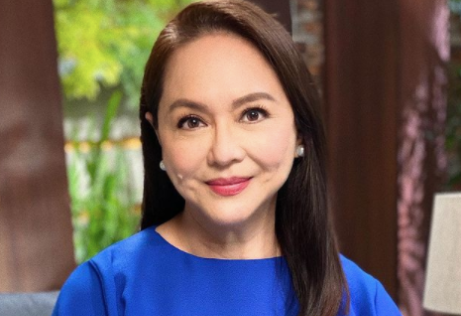 Now it can be told. TV host Charo Santos-Concio could have been an overseas Filipino worker had it not been for an unfortunate incident.

Santos made the revelation during the online press conference for “Shine On Overseas Pinoy” last Wednesday, May 11.

“After ‘Itim’ kasi my father allowed me to do only one movie. So, my first movie was ‘Itim.’ Sabi niya, (He said) ‘I’ll allow you to do only one movie. But really, I want you to do a regular job because you finished a four year college course. You put your education to good use,’” she recalled him saying. “Ako naman, masunuring anak.” (As for me, I was an obedient daughter.)

“Itim,” directed by Mike de Leon and written by Clodualdo “Doy” del Mundo, was released in 1976. It was later voted by Gawad Urian as best film of the decade 1970-1979. It stars Santos as a young woman possessed by the spirit of her departed sister.

After doing the said film, she went to the United States and applied at the United Nations as an executive assistant.

“I was a fresh graduate. Natanggap ako (I was accepted). But then, soon after I lost my father. So, naiba ang takbo ng buhay ko (the course of my life changed). I chose to pursue a career in showbiz. And the rest is history,” she said.

Santos also shared how the show was conceptualized, which had its seeds during the pandemic when she thought of a possible partnership with The Filipino Channel and Sunlife, to listen to stories of OFWs and how they manage their income and other finances.

The 13-episode series is hosted by her and premiered yesterday, May 14, on TFC Cable and Satellite, IPTV and iWantTFC. The series will be available in the Asia Pacific and Europe, Middle East and Africa regions. JB

Charo Santos-Concio looks back on wins, losses in life as she turns 65