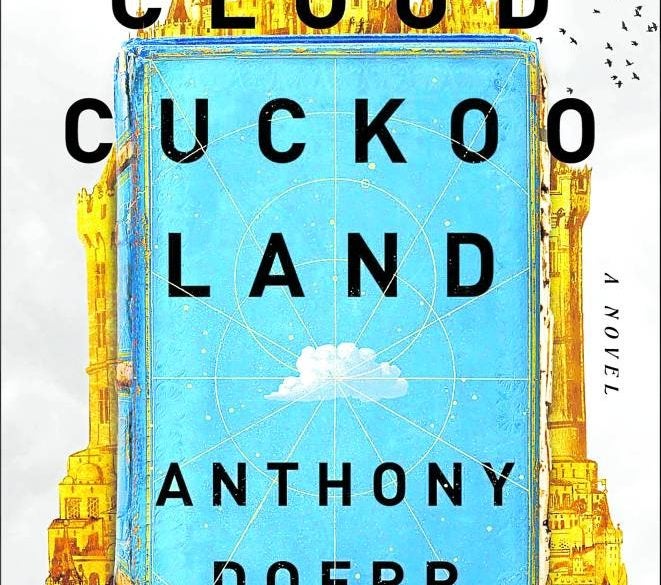 Anyone who has ever loved libraries and experienced the transportive power of books will love “Cloud Cuckoo Land” (Simon & Schuster, New York, 2021, 626 pages). Anthony Doerr, author of Pulitzer Prize-winning “All the Light We Cannot See,” demonstrates his patent skill in switching perspectives and time periods to create a suspenseful, mysterious and ultimately satisfying story.

Doerr aims high with five coming-of-age stories—all featuring a library—with historical, modern-day and dystopian settings. They are equally engaging: Omeir and Anna’s life before and after the 1453 siege of Constantinople; Seymour’s inner world and descent into terrorism; Zeno’s poignant saga and ultimate heroism; and Konstance’s journey on an interstellar ship escaping an unlivable Earth.

Each section includes and is prefaced by fragments of an ancient Greek fantasy story, “Cloud Cuckoo Land” by Antonius Diogenes. It’s a tribute to Doerr’s story-weaving that the fragments magnify the magic of each story and the reader feels reluctant to skip any of them; just bear the suspense and read through until the end.

The unifying “Cloud Cuckoo Land” is a place described so beautifully that the hero Aethon believes it must exist, and prepares to leave this world for it. Is there a book lover who hasn’t felt the same? 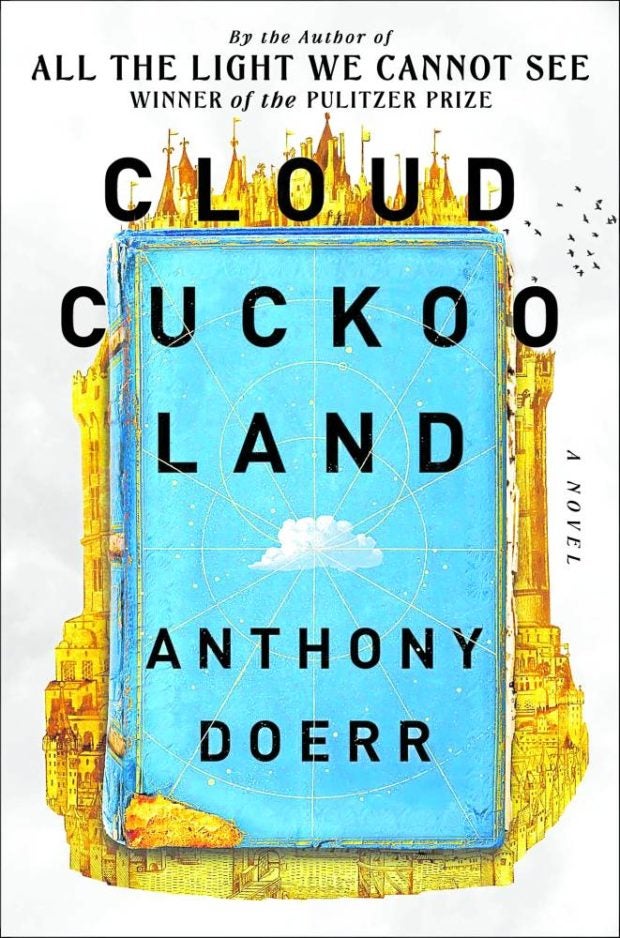 Doerr also taps into the knowledge enthusiast’s dream of a single repository with all of mankind’s information (“an account that contains the entire world”), and presents artificial intelligence that allows us to know and experience anything in the past as its eventual version. Is this our ultimate goal as a species? And if we achieve it, will that be enough for us?

“For as long as we have been a species, we humans have tried to defeat death.” Doerr believes we can only succeed through books and their future incarnations. Facing one’s mortality is this novel’s real theme. In the historical narrative, children come face to face with death through war. In the dystopian story, they are made aware of it on the day they officially come of age. By showing how children make sense of life in the face of death (so young!), Doerr invites us to do the same. Yet the book is accessible and enlightening to young adult readers as well.

His own answer seems to lie in his leitmotif, Homer’s “Odyssey”—one of the oldest works of literature widely read today and most likely to be still read in the far future. “That’s what the gods do, they spin threads of ruin through the fabric of our lives, all to make a song for generations to come.” Books then become all-important as the record of the song our lives make.

But books, like people, die when the pages are destroyed or succumb to decay. They also die when no one is interested to visit the worlds created. It’s no wonder Doerr dedicated “Cloud Cuckoo Land” to “the librarians then, now, and in the years to come”—guardians with both the power and duty to keep books alive and continue the story of humankind. —CONTRIBUTED INQ