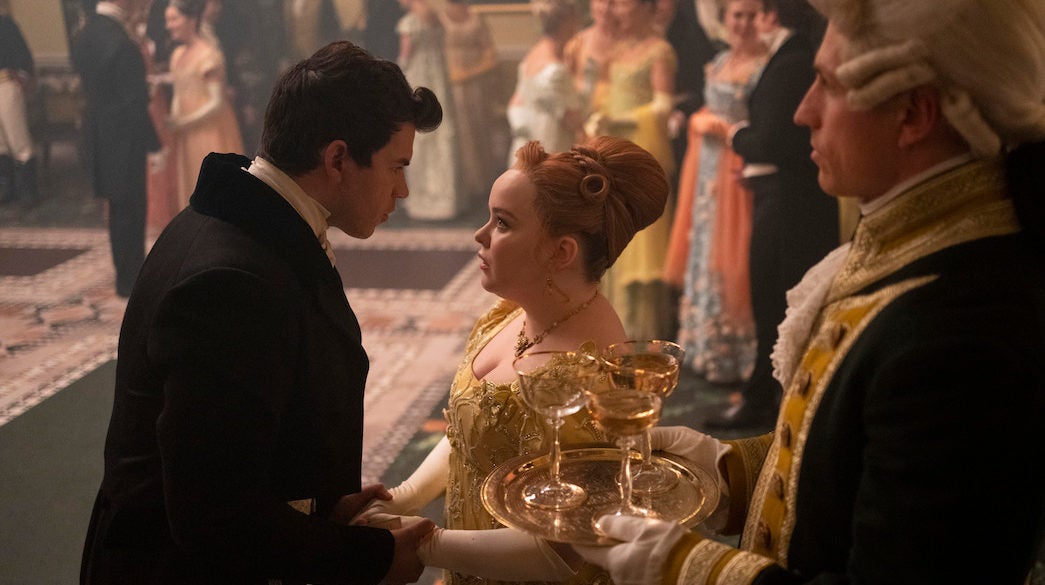 With the sustained success of Bridgerton in its second season, there is much anticipation on who among the Bridgerton siblings is next. Season two upped the ante by exploring the rivalry turned passionate romance of Anthony & Kate, played by Simone Ashely and Jonathan Bailey.

Only two months after the premiere of season 2, Shondaland TV teases the upcoming season which follows Colin Bridgerton and Penelope Featherington — which in contrast to the order of the books authored by Julia Quinn, are the stars of the fourth book of the series.

This places the third book, “An Offer of A Gentleman” which features Benedict & Sophie’s romance, set for a later time, causing mixed emotions to many fans online.

“With Penelope’s days as a wallflower wearing thin, will she finally take bloom? Time will tell, and as always, so will this author”, states the Lady Whistledown teaser.

Nicola Coughlan portrays Penelope Featherington, and Luke Newton plays Colin Bridgerton: very familiar faces who have been introduced way back in season one. As they take the spotlight, we see how things take a turn for either better or worse, especially with the revelation of Penelope as the ton’s Lady Whistledown — the well-kept secret uncovered by her best friend Eloise, as seen in the latter parts of season two.

Penelope’s hidden harbored feelings towards Colin, who unfortunately only sees her as a childhood friend, is also no secret. This leaves us to anticipate how does romance ensue between the two.

Season 3 also sets to explore more of the marriage life of the ‘Kanthony’ duo with Kate now as a Lady Bridgerton. We are also to expect the introduction of ‘new gentlemen’, as revealed by Nicola in an interview with Access.

Earlier this May, four cast members of Bridgerton have been spotted at the MET gala. Nicola attends the MET for the first time wearing a black & pink feathered gown and cape by Richard Quinn.