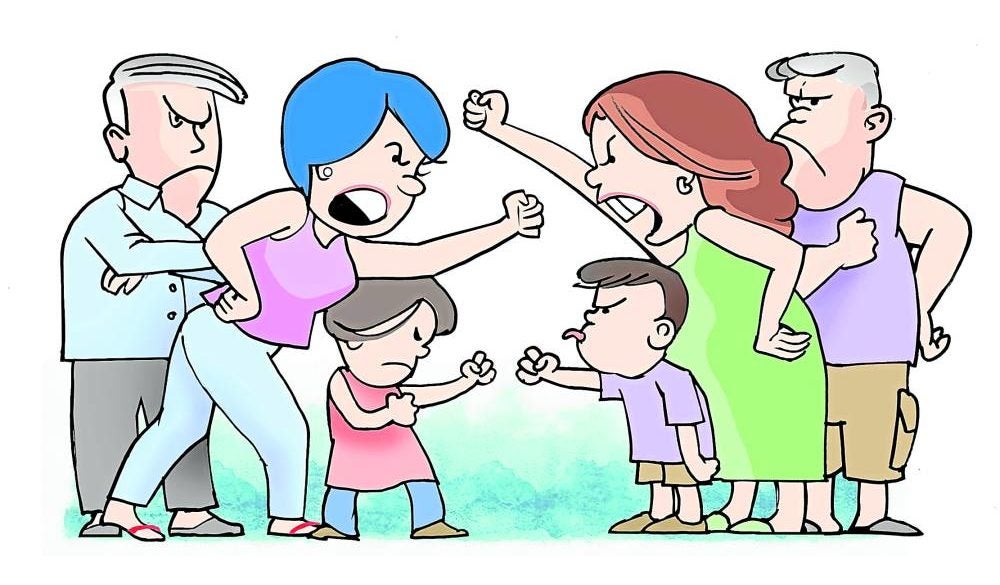 Torn apart by politics: Do you unfriend family?

U nity was the chosen battlecry of presidential frontrunner Ferdinand “Bongbong” Marcos Jr. in the recent elections. His appeal was fervently echoed by his supporters online when Marcos was criticized for his skipping debates and dodging the media, among other things.

The recent elections were more divisive than the last, with many supporters of Marcos and Vice President Leni Robredo, the runner-up, exchanging aggressive comments online and passive aggressive comments off the web. Many families were even divided, as evidenced by a popular placard which has become a fixture in Robredo’s rallies: “Anak ng BBM Supporter for Leni.”

In fact, even after the polls were closed and initial results showed Marcos leading the count, there was an unfriending spree among people on opposing sides. With the polarizing results caused by the election, will the vaunted call for unity ever become reality for family members and friends who find themselves with different political leanings?

Lawyer Jeffrey George Udarbe said he could not simply turn a blind eye on the picks of some of his family members in the recent polls.

“When information is right at your fingertips and you choose to ignore facts based on a personal grudge, you get what you deserve. Your choice reflects your personality, and personality is not something you usually overlook in a person,” he said.

The recent elections were not just about preference in the ballots, but it also represented the values of voters, according to licensed psychologist AJ Sunglao.

The mental health advocate said that with the recent results, there are values that are being challenged, especially with martial law and our history.The challenge is reconciling these values that negate each other, said Sunglao.

To address this divide, Sunglao said that there should be acknowledgment, not just of the beliefs, but of where those beliefs are rooted.

Throughout the election season, Udarbe and younger members of his household debunked the false narratives that his relatives believed in. Confrontations were inevitable, he said, especially when conversations led to politics.The results of the unofficial count even escalated the emotions in Udarbe’s household.“While most of us were disappointed with the results, a few family members started to rub salt on our wound, gloat about their ‘victory,’ and started badmouthing our preferred candidate,” he said.

Udarbe is not the only one who experienced this. Many more grieved and shed tears, and, for some reason, some people found great pleasure in seeing their grief.

Tatiana (not her real name) received unsolicited advice from her grandmother after the elections. Her grandmother said she should have voted for Marcos, the leading candidate, instead. She was also told not to join Robredo’s thanksgiving rally, and just go home after class.“I’m really sad that my grandma is believing lies she read on the internet, and I’m really uncomfortable with their views of the elections,” the college senior said.

Tatiana said that she did not engage in political conversations with her family to avoid conflict.

“I’ve been called mayabang for taking a stand in what I believe is right. But there were no confrontations. We avoided the topic altogether. When they made misinformed statements, I didn’t have the courage to correct them out of fear of the consequences. I might be called disrespectful or ungrateful,” she said.

Psychologist Shiela Manjares said that politics and religion are not easy discussions for families because these are very personal topics rooted in one’s beliefs.“Perspectives in politics, like the recent elections, came from each of our own beliefs, so we tend to be passionate. So sometimes, we tend to be stubborn in asserting what we believe in,” she said.

It’s even trickier here in the country, where families are tight, and the elders, who are authority figures, insist on their beliefs. But as the college professor said, the younger generation’s picks were backed by their research, whereas their elders tended to rely on their personal experiences.

Like what Sunglao said, Manjares said that there must be a conversation to understand and acknowledge each other’s reasons.

It’s also an important first step to “recognize your emotions, ask yourself why you’re feeling this way. You’re feeling these things because you invested your time, your energy, your beliefs in something that you believed that the country needed,” said Manjares.

Manjares also offered advice in dealing with people who relish the defeat of another candidate: social media detox.It’s also important to take a break from social media (that means no doom scrolling) to avoid triggers and to think clearly.

It’s hard to cut people out of our lives, but there’s the option to unfollow or unfriend on social media. In gatherings, it’s best to be civil, and if you want to explain your feelings, choose the person who will likely understand or empathize with you.

But unfriending and unfollowing is also a balancing act, according to Sunglao, as tuning out people with opposing beliefs may create an echo chamber.

“Sometimes you don’t want to cut people off because you lose the chance of changing their minds . . . so it depends on the kind of relationship you want.”

Sunglao added that for voters whose candidates won, it’s important to be respectful of the feelings of other voters, given that emotions were high during the polls.

“Don’t gloat. Don’t ask people to move on. Let them feel their emotions. If you really care about them, be there for them as they go through their process,” he said.

“To say that one must move on is being dismissive. It’s like saying whatever you feel just goes away because it’s over,” Sunglao said, noting that there were instances that this happened. He explained that the recent elections were emotionally packed, given the investment of energy, time and hopes that were poured into it by many people.“Regardless of who won, the supporters must be able to feel these things . . . We don’t get to decide how other people feel,” he said.

For those who encounter people gloating, especially in their homes, it’s best not to engage.

“We have to choose what kind of battle we want. Kung mang-aasar, ‘wag patulan because they take pleasure in winning. Instead, limit your social media activity and look for avenues where you can channel your passion, take control and help others, as well.”