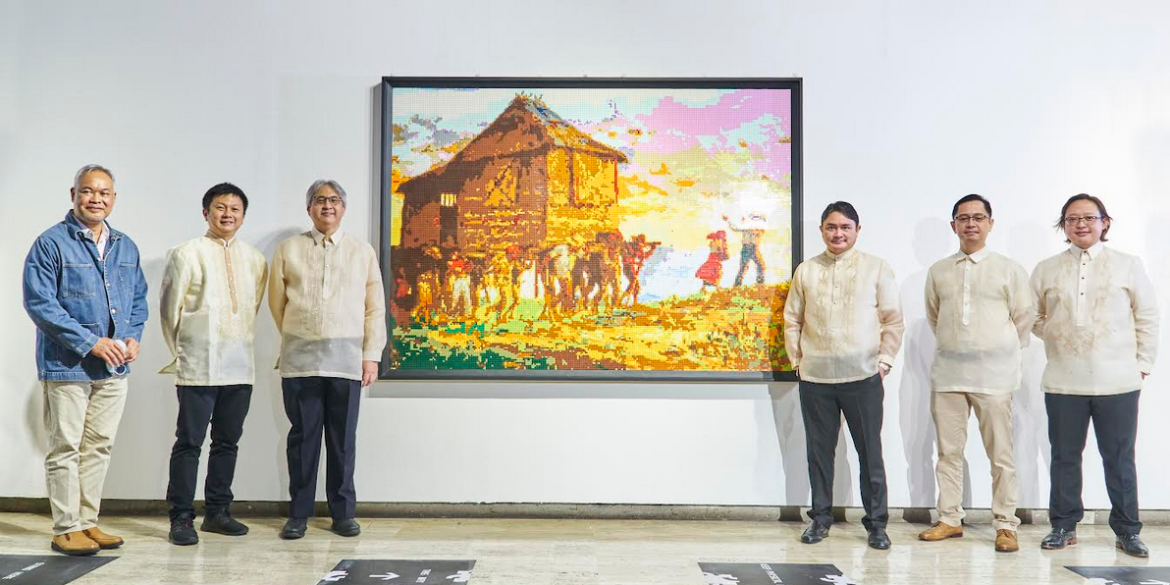 All great art contains the power of transposition. Whether this is in the form of oil on canvas or a more unconventional medium such as Lego bricks, the ability to emotionally impact others through art is definitely a valuable experience. Someone who understood this was Leslie Araujo of PinoyLUG, the Philippines’ first Asian Ambassador of the Adult Fan of Lego (AFOL). Having visited the Lego House in Billund, Denmark, Mr. Araujo was inspired by the scale and dedication of the displays abroad. Hoping to replicate the experience for a local audience, he had the perfect idea when he serendipitously discovered postcard prints of the works of Fernando Amorsolo. Mr. Araujo’s family members were longtime fans of the painter. His great-grandfather, Rafael Araujo, Sr., and his wife, Augusta Tiongco, were good friends of Mr. Amorsolo, and were painters themselves. The ability to share Mr. Amorsolo’s with others, albeit in a different form, was an opportunity to appreciate the works of a Master of painting who depicted Filipino culture. 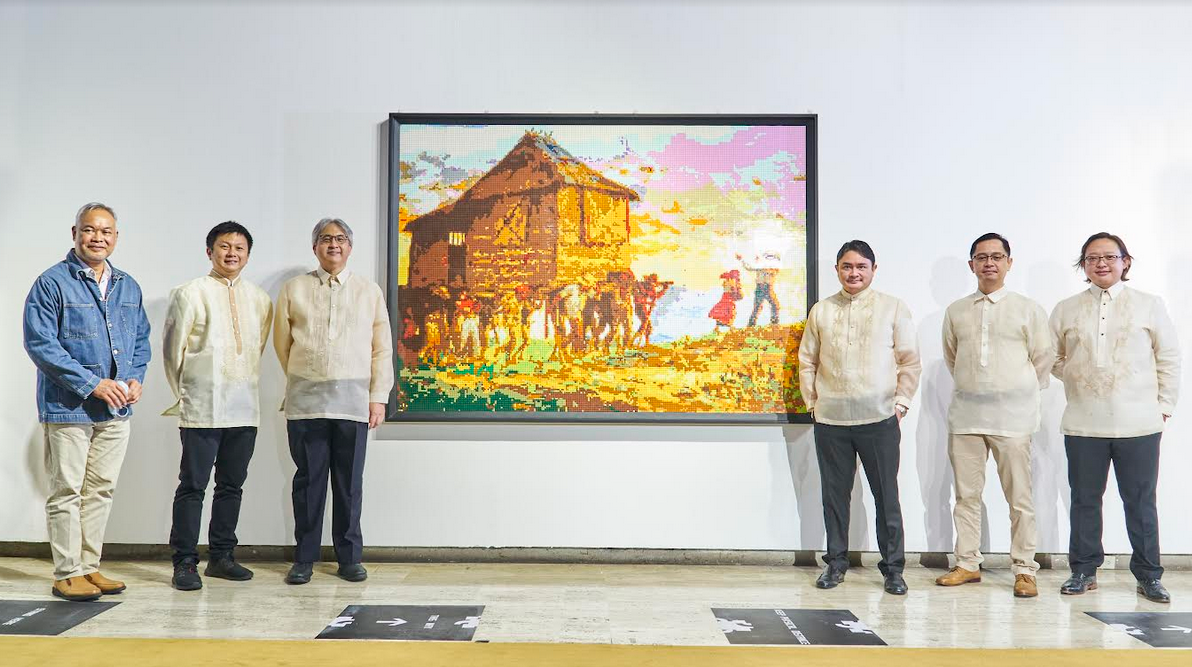 A PinoyLUG team would work around three of the Master’s most famous works to transform them into Lego brick mosaic art. Each team member would be handed a cryptic pattern with the code name AMOR to fill out. When all of the patterns were completed, they were assembled at a designated location to finish the mosaic. Only then was Project AMORsolo unveiled as the completed project. The finished works were renditions of some of Amorsolo’s most iconic works, including “Bayanihan”, “Dalagang Bukid” and “Early Traders”. Due to the scarcity of shapes and colors of Lego bricks that could match those on the paintings, many of which had to be ordered from various sources abroad, Project AMOR was truly a labor of love. 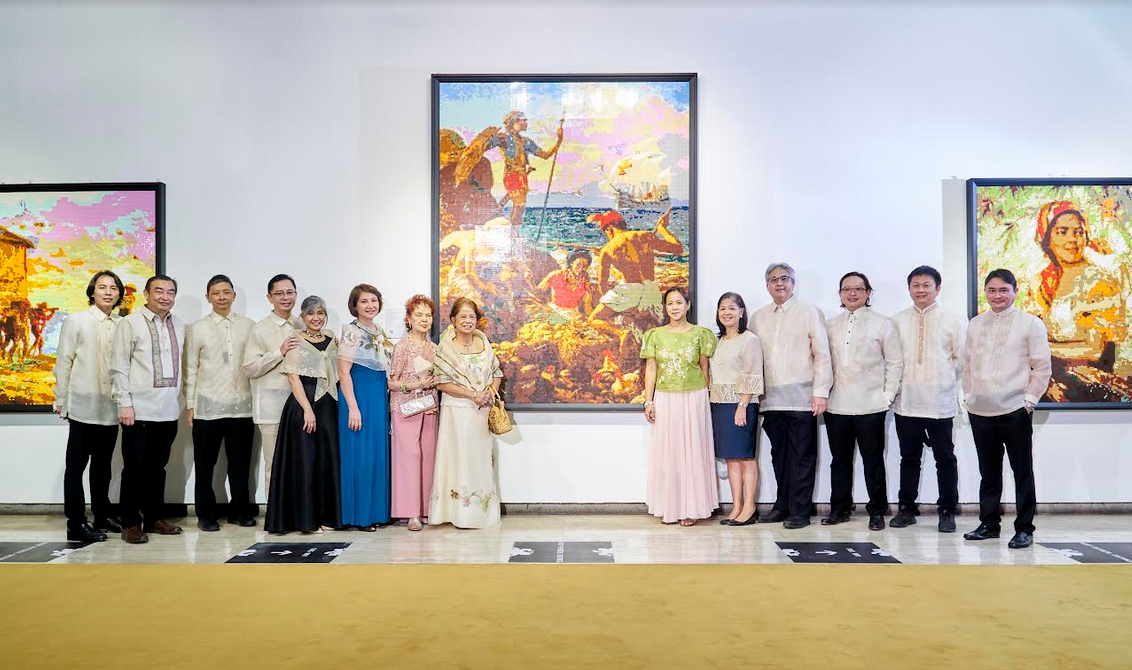 The trio of Amorsolo masterpieces rendered in Lego bricks was unveiled at the Cultural Center of the Philippines (CCP) on April 28. Fortuitously, 2022 also marks the 50th anniversary of the Fernando Amorsolo’s being the first to receive the Philippines Order of National Artists in Visual Arts. The three Amorsolo masterpieces will be on display at the CCP until May 29, 2022 (Tuesday to Sunday, 10am to 6pm). A mall tour will follow this, and hopefully, an international tour. This will allow more fans of Philippine art and the bricks that can, to appreciate the three masterpieces transposed into Lego. 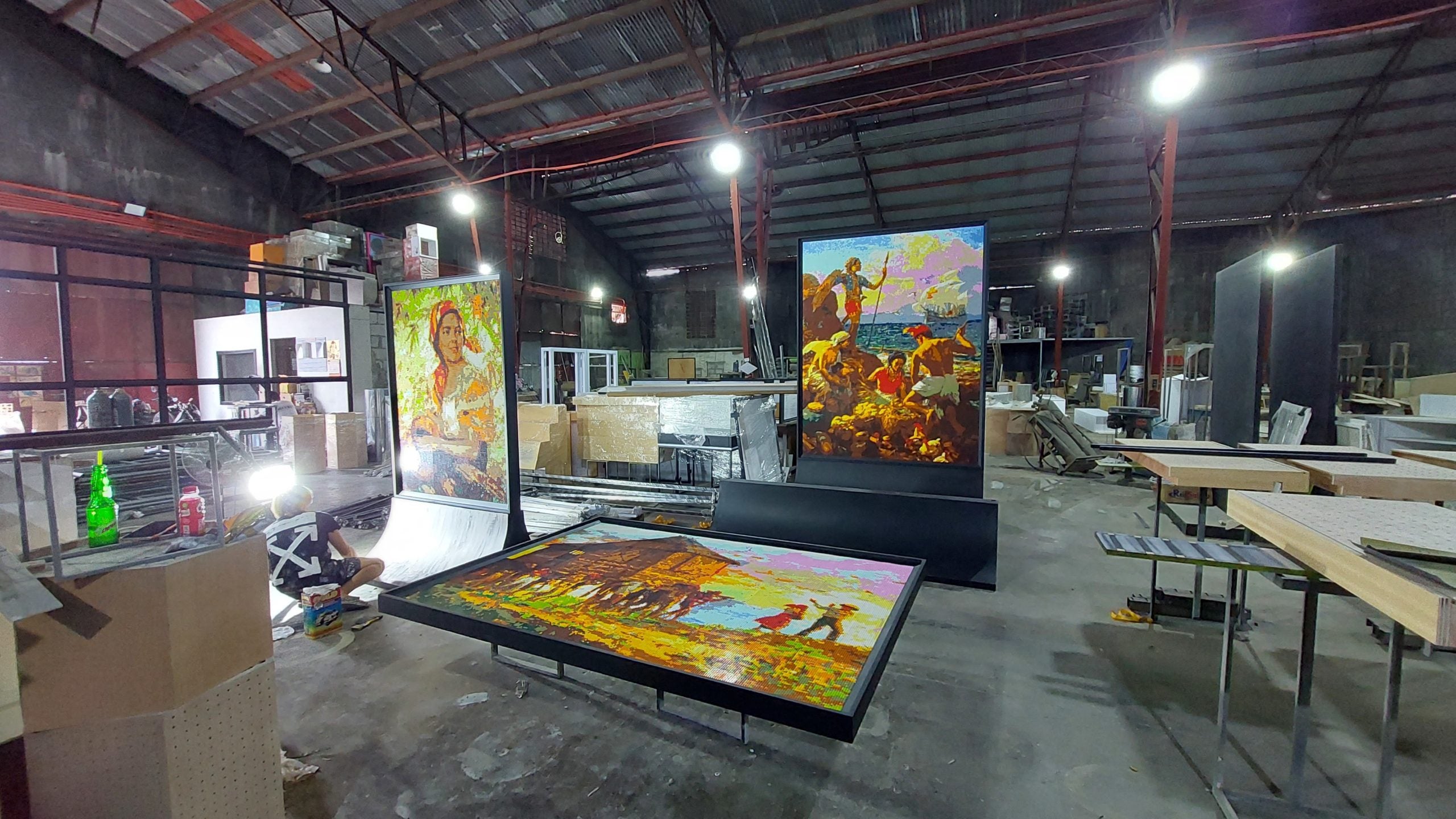 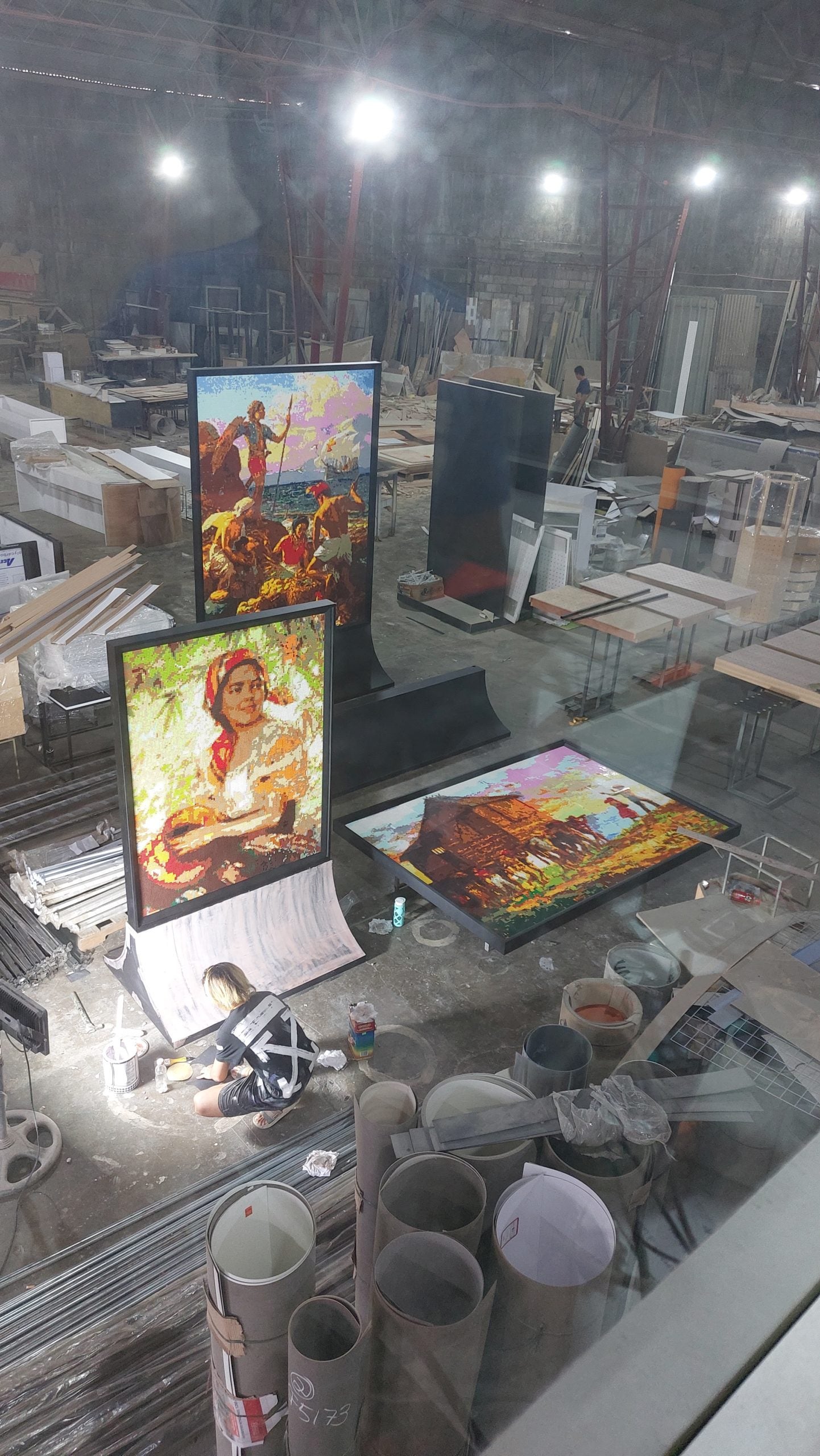 “In doing this project, we are continuing to bridge the past with the present through the legacy of art that speaks of our history, patriotism, and cultural pride. And we are doing so with fun. Years from now, our children and those that follow after them would accomplish more – looking beyond what we have done today. That is the legacy that we, at PinoyLUG would like to leave to our Lego families. Creativity and Change. To look beyond play, with remembrance, with love, and with pride,” said Mr. Araujo.

After the CCP exhibit, the Lego X Amorsolo will be showcased on June 12 at Ayala’s Glorietta Mall and at Shangri-la Mall from August 9 to 14th.