Marvin Agustin, as DOST ambassador, likes you to know how to know a duck’s sex | Lifestyle.INQ ❮ ❯ 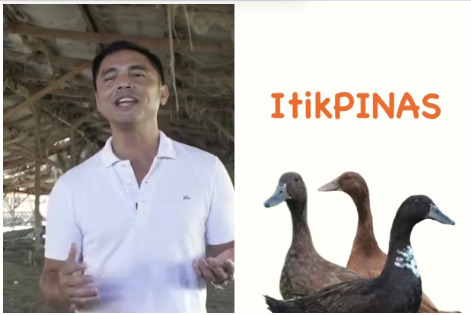 Marvin Agustin, as DOST ambassador, likes you to know how to know a duck’s sex

Interested in raising ducks? Actor and DOST-PCAARRD Agri-Aqua ambassador Marvin Agustin gave information on how a duck’s sex can be determined.

He started out by first sharing how to figure it out the old way, through a short video on his Instagram page yesterday, May 31.

“Alam n’yo ba na may proseso para malaman ang sex ng itik? Ito ‘yung tinatawag na vent sexing kung saan mano-manong tinitingnan ang puwetan nito para malaman kung babae o lalaki,” he said in the video. (Do you know that there is a process to know the gender of a duck? This is called vent sexing, where manually, a duck’s body is inspected to see if it is a female or a male.)

But this process is not only time-consuming, it is also expensive. Agustin shared that with a new process, the group ItikPINAS has solved the problem. The group breeds Philippine Mallard duck also called Itik PINAS.

Aside from being a DOST ambassador, Agustin is also an entrepreneur who owns a chain of restaurants in the country. JB

Are Jolina Magdangal, Marvin Agustin teasing fans of a collab?