Arron Villaflor on getting sexy in his next series: ‘Wait for it na lang po’ | Lifestyle.INQ ❮ ❯ 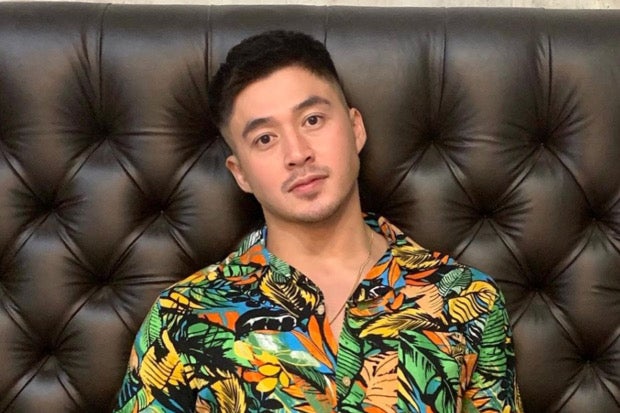 Arron Villaflor on getting sexy in his next series: ‘Wait for it na lang po’

Now that he’s back to acting, it seems Arron Villaflor’s career is tilting toward the sexy side as he’s about to appear in the sex-comedy series “Wag Mong Agawin ang Akin” on Vivamax.

Villaflor was asked how sexy he would be in the project during the online conference for the series, May 24.

“Wait for it na lang po. Can I say na I’ll surprise you,” came his curt reply.

In the series, Villaflor plays a badass character, something that he welcomes with glee.

“Sabihin na natin, medyo kupal (badass) ang character ko dito and I like it,” he said.

The actor was away from the limelight for two years during the pandemic. His last project was “FPJ’s Ang Probinsyano.”

“Hindi ko alam kung bakit ako nawala sa ‘Ang Probinsyano’ (I don’t know why I was booted out of “Ang Probinsyano”). That was my last project sa (at) ABS-CBN. I waited for two years. Dalawang taon na akong hindi nakakabalik sa series (It’s been two years that I have not been back in the series). I am glad and thankful na may panibagong (that there’s a new) blessing and it’s under Vivamax. I am excited to work with them,” he said.

Villaflor considers himself lucky that he has survived the onslaught of the pandemic.

(I am still thankful that I am still alive from the pandemic, what with so many people who lost their lives, lost their relatives or family [members] because of the pandemic. To those who lost hope during the pandemic like me, it was hard since we were not ready for this trial.)

Even then, Villaflor said there’s much to be thankful for.

“But then dahil buhay pa tayo (since we’re still alive) until now, let’s be grateful every day paggising natin (when we wake up.) Kahit papaano may trabaho pa rin tayong nakukuha at may nakikilala pa tayong mga taong nakakatulong sa atin (Howsoever, we still get to work and meet people who can help us).  I feel blessed, thankful. Laban lang tayong lahat (Let’s all just fight),” he said.