What Jodi Sta. Maria is thankful for in playing Dr. Jill in ‘The Broken Marriage Vow’ | Inquirer Lifestyle ❮ ❯ 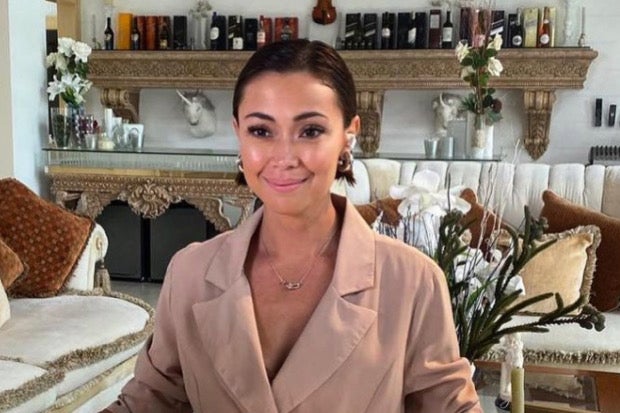 What Jodi Sta. Maria is thankful for in playing Dr. Jill in ‘The Broken Marriage Vow’

Actress Jodi Sta. Maria is grateful for playing Dr. Jill  in “The Broken Marriage Vow” as it afforded her the chance to discover many things about herself.

“Thankful ako kay Jill sa lahat ng lessons na natutunan ko habang ginagawa ko siya. Habang ginagawa ko si Dr. Jill Ilustre, ang dami kong na-discover sa sarili ko kaya doon ay nagpapasalamat ako sa character,” she said during the online conference for the show, June 6, as the series is about to wrap up in three weeks. (I am thankful to Jill for all the lessons I’ve learned while I was playing her character. While doing Dr. Jill Ilustre, I discovered many things about myself, which is why I am thankful to the character.)

Sta. Maria considers her character as “one of the hardest roles I’ve done in my life.”

Having said that, Sta. Maria believes the character has enabled her to grow more on her craft.

As she bids goodbye to Dr. Jill, Sta. Maria thinks that her character did not teach her to give up even when she’s faced with an insurmountable problem.

“Siguro ang hindi niya naituro ay ang hindi ako sumuko.  Kahit na ano’ng mangyari, kahit sabihin mong tama o mali, dumiretso siya, lumaban siya. Hindi siya sumuko hanggang huli,” she said. (Maybe, what she has not taught me is for me to not give up. Whatever happens, whether you say it’s right or wrong, she went straight ahead, she fought. She did not give up until the end.)

Aside from iWantTFC and Viu, “The Broken Marriage Vow” can also be seen on weeknights at 9:20 p.m. on Kapamilya Channel, A2Z, TV5 and Kapamilya Online Live on ABS-CBN Entertainment’s YouTube channel and Facebook page. Viewers who use any digital TV box at home such as the TVplus box only need to rescan their device to be able to watch “The Broken Marriage Vow” on TV5 and A2Z. The series is also available to viewers outside the Philippines on iWantTFC and The Filipino Channel (TFC) on cable and IPTV.  /ra

Jodi Sta. Maria on getting married again: ‘I’d want to, with the right person’