The newest addition to Harry Styles’ discography is finally here, and let me tell you, it did not disappoint. Fans have been eagerly anticipating all the feelings that come with Styles’ meaningful verses, (myself included) after waiting nearly three long years for a new release since Fine Line, his previous album.

On March 24, Styles announced Harry’s House on various social media platforms, almost two months before the official release; and five days later, the first lead single of the album, As It Was, debuted on the first of April.

As It Was, being a fast-paced and ‘happy’ song, left many of us astounded the deeper we delved into its lyrics. Believed to be centered around Styles’ professional career, fame, and how “it’s not the same as it was” compared to his life a couple of years ago. The music video reveals him on a constant move, trying to reach his life ‘As It Was’ but ending up in the same cycle. In addition, it could be referencing his process of recognizing his life within himself and with the world. Lines like “Harry, you’re no good alone” | “Why are you sitting at home on the floor?” | “What kind of pills are you on?” implied his detachment from the world mentally and at times, physically.

Every single track spoke to me in one way or another, and I found myself matching its lyrics with experiences I’ve had in my life. I couldn’t think of any ‘initial thoughts’ on it as I found meaning in every single phrase.

Music For a Sushi Restaurant, (a song I now play first thing in the morning) is subjectively the best opening to the album. During his interview with NPR Music, Styles shared “I was in a sushi restaurant in Los Angeles with my producer and one of our songs came on from the last album. I kind of said like ‘This is really strange music for a sushi restaurant.’ And then I was like, ‘Oh, that would be a really fun album title.’”

Rumored to be about his current partner Olivia Wilde, with lyrics such as “It’s cause I love you, babe” | “In every kind of way” | “Just a little taste.” The track allegedly speaks about their ‘intimate’ relationship, with Wilde even sharing the song on her Instagram stories which definitely heightened people’s speculation. A fun, upbeat, and melodic song, Music for a Sushi Restaurant is an excellent reflection of Styles’ personality.

Late Night Talking, a song I could listen to all day– reminds me of the early stages of a relationship where everything is all happy and laid back. When you can’t wait to climb back into your person’s arms and know that they will solve any mishaps you have going on. Those times in which you are occupied with your own baggage, and things you are doing for yourself but always still with thoughts of them constantly circling your mind. When you aren’t sure of the relationship, but you totally love and are focused on ‘the now.’

Grapejuice resonates with me through the feeling of nostalgia. Harking back to simpler times, when it was just you, “a bottle of rouge” and me under the starlight– remembering the good and disregarding the bad. The groove of the song is unbeatable, working quintessentially with the feeling of just being in your thoughts, and grinning from ear to ear because you know that you wouldn’t change a thing about the memory that accompanies it.

Envision waking up with so much love and frustratingly unable-to ration with the person you love the most. Daylight talks about just that. During an interview with Howard Stern of SiriusXM, Stern brought up Taylor Swift in accordance with some of the lyrics of the song and Styles didn’t show any signs of umbrage. Although the singer exhibited a smile on his face, he immediately told Stern that he “wasn’t spot on” about it.

Styles and his team had pulled an all-nighter to finish up the song and they were glad they did to fully encapsulate its meaning. In my view, the song depicts a ‘so close, yet so far’ feeling for that one special person.

James Corden even made a pretend music video for Daylight, along with Harry Styles for The Late Late Show with James Corden, the cutest 17-minute video I’ve ever seen! A must-watch.

Little Freak, is another song that shook me up.

“I’m not worried about where you are.” | “Who you will go home to,” | “I’m just thinking about you.” Simple yet profound words that speak to people everywhere no matter their background or perspective. Harry Styles never fails to make anyone ever feel alone when going through life as his verses just speak the truth no matter how much it stings. Fans expected the song to be ‘Kiwi 2.0’ but it’s undoubtedly a far cry from it. The track alludes to people that create a hundred different scenarios in their head, but know that they have to completely dodge that and face their new reality.

Then you have, Matilda. Styles brought up the fact that when he had his close friends listen to this gem for the very first time, they were all in tears. He said that he was inspired to write the song because of one of his friends and their story. “You don’t have to be sorry for leaving and growing up,” definitely hit the hardest– scrolling through the hashtag ‘#Matilda’ on Twitter, fans were definitely not okay, quite literally stating “we are not alright.”

The amount of tears shed on this one song had me feeling like there was no coming back from it every time it played. I mean, how can you, with lyrics like– “You’re just in time, make your tea and your toast” that had us thinking about Matilda, the movie, and the little girl who never received any love from her family. When you put it into context, no matter how uncomplicated the line sounds, it will have your heart wrenched.

Cinema. A masterpiece. The joy I feel when I hit play on this song is indescribable. The chords, the John Mayer-esque feel, just has me strumming an invisible electric guitar into my mornings. The rhythm itself speaks words that will immediately turn a troubled person’s day around. The energy that sublimes from within it is so true– Styles came up with the beat when he was running on his treadmill one day and it hit him just in time to include it on his album once he had the verses figured out.

Going on a late-night rendezvous, Daydreaming on the radio– just impeccable. Harry sings mellifluously about not being able to get enough emotion from a better half. For him, like many of us, closeness and attachment are desirable in a relationship. The beats just take us back to the 1980s, with Mayer actually strumming his guitar this time. It’s as though Harry waits on this new love to alert him when they’d be back in town because “When you give me all of your love, give me something to dream about.” He’d be “Living in a daydream” thinking about them.

Track ten on the album, Keep Driving suggests two lovers on a road trip, not giving a care at all for anything or anyone else around them short of the two of them. Making ‘focusing on the little things’ the main plot of the morning– “Maple syrup” | “Coffee, pancakes for two” | “Hash brown, egg yolk” | “I will always love you.” Running into problems along the way, but he would incline towards letting it slide and uttering “It’s all good, hey, you” | “Should we just keep driving?” Just charming.

Satellite, one of the biggest hits on the album– starts off as a soft pounding scream of emotions and ends with loud echoes which I presume, was done to repeat and emphasise the fact that his person needs to know that he will always be there. “Spinnin’ out, waitin’ for ya to pull me in” | “I can see you’re lonely down there” | Don’t you know that I am right here?” The vocals suggest a cry to be heard and spew out this important message.

Boyfriends. From the first few lines revealing themselves, I knew it was going to have me stumble and fall into a crate of emotions that I never want to revisit. “Boyfriends, they think you’re so easy” | “They take you for granted” | They don’t know, they’re just misunderstanding” | “You.” | Harry voiced to Zane Lowe and Apple Music, “It’s both acknowledging my own behavior. It’s looking at behavior that I’ve witnessed. I grew up with a sister, so it’s watching her date people and watching friends date people, and people don’t treat each other very nicely sometimes.”

Just when you think Harry Styles can’t break your heart any more than he has with strong verses from Harry’s House– he ends the album with Love Of My Life. “Baby, you were the love of my life, whoa” | “Maybe you don’t know it’s lost ‘till you find it” | “It’s not what I wanted to leave you behind” | “Don’t know where you’ll land when you fly” | “But baby, you were the love of my life.” This song projects knowing that you loved this person with all your heart, but the timing of it all never made it work. It talks about looking back on memories that were made from beginning to end. Regret is also a significant factor in the text, leaning on lyrics from the famous track Let Her Go, by Passenger– “Only know you love her when you let her go.” 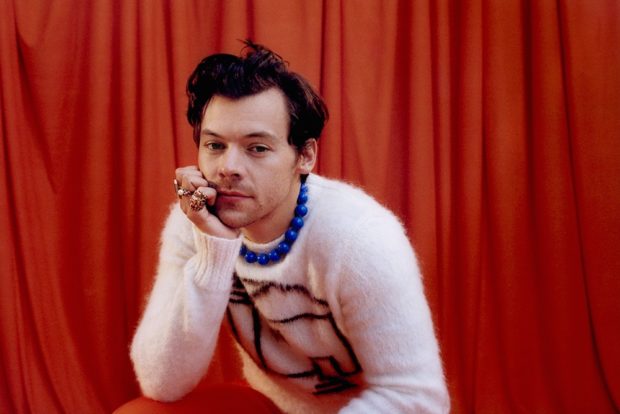 The pandemic really took a turn on several artists who were attempting to come up with new albums, tours being canceled and put off, though with this time Styles skillfully got into a sort of pausing from his daily ongoings. It gave him a chance to settle and appreciate everything and everyone around him. In his interview with Zane Lowe and Apple Music, he emphasized this pause and pointed it out by comprehending– “Suddenly, you’re forced to not be this musician guy. You’re forced to be like a friend, a brother, and a son.” This realization managed to pull him out of this constant need of ‘putting words on another level’ for what people wanted to hear and made him realize through his tours that we only want to listen to what he wants us to– nothing more and nothing less.