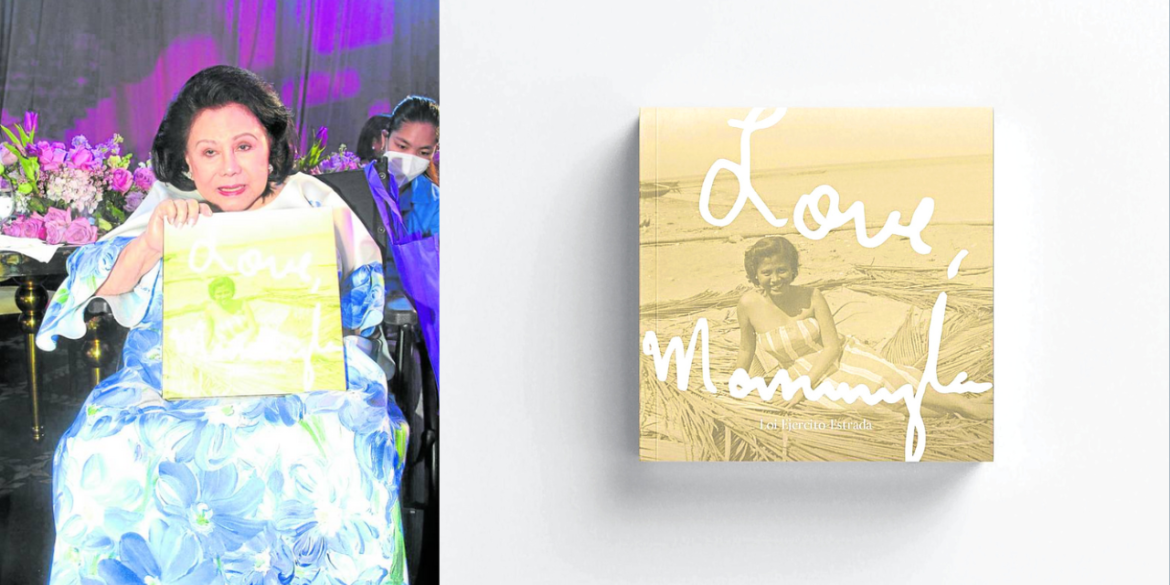 In a rare public appearance, Dr. Luisa “Loi” Pimentel Ejercito joined family and friends for merienda cena to celebrate her 92nd birthday and the launch of her memoir, “Love, Mommyla.”

On June 2, Peninsula Manila’s Rigodon Ballroom was transformed into a beguiling venue filled with flowers in all shades of violet, which is the honoree’s favorite color. The tablescapes were just as magical, centered by fresh blooms on crystal vases, set against mirrored trays and complemented with gold accents.

The midafternoon affair started with a thanksgiving Mass, after which a program began in honor of the birthday celebrant.

Nicole Laurel Asencio’s opening song, “Handog,” was followed by a presentation of excerpts from the book, which was written as a letter to Doctora Loi’s eight grandchildren, who call her Mommyla.

A poignant highlight was Gabby Mauricio’s performance, a dance to “Iduyan Mo.” The next segment was even more touching, with Erik Santos serenading a resplendent Doctora Loi with “Ikaw,” before cuing in former President Joseph “Erap” Ejercito Estrada to join them onstage.

To the delight of everyone present, Daddylo—as the former president is called by his grandchildren—presented his wife of close to 63 years with a bouquet before giving her a long, passionate kiss.

The Ejercitos’ eldest son, Sen. Jinggoy Estrada, and the Ejercito grandchildren serenaded their Mommyla as well, just before the grand finale with the evening’s entertainers, who closed the night with a rousing rendition of “I Love You More Today Than Yesterday.”

But the merriment continued well into the night, as a pianist accompanied family and friends who belted out tunes in celebration of a loving and generous mother and grandmother, devoted medical practitioner and dutiful public servant.

A percentage from the book’s sales will be donated to Mare Foundation, which is now chaired by daughter Jackie Ejercito. —CONTRIBUTED INQ