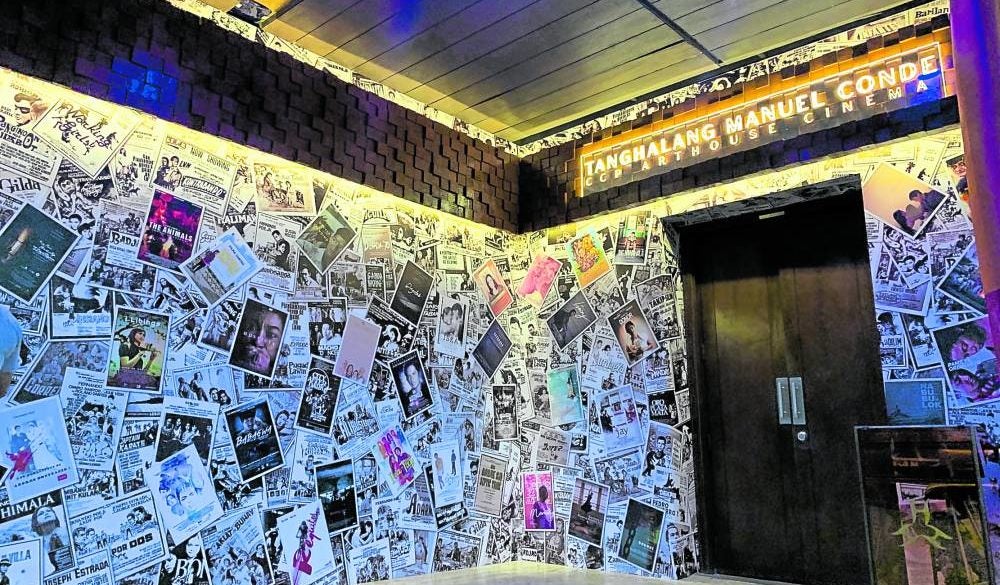 The refurbished marquee of the CCP’s Tanghalang Manuel Conde

CCP reopens with a vengeance

More than 800 shows slated at the Cultural Center of the Philippines (CCP) were canceled when the lockdown began in March 2020. That’s about 800,000 audiences and P34 million in revenues lost.

Now that the world is opening up—with more people going to the theaters, concerts and visiting museums—CCP is more than making up for lost time with the return of Cinemalaya to the silver screen, Philippine Philharmonic Orchestra (PPO) concerts in its Pasay address and other parts of the Philippines, TernoCon and outreach programs and grants that aim to bring the arts closer to the people.

“[The year] 2022 will be a year for recovery. It will be a year when we will march on to a better normal,” said CCP chair Margie Moran Floirendo during the presser where the CCP laid out its plans for the next year.

Independent film festival Cinemalaya will make its much-awaited return to the box office this year, with 17 feature-length films available at the CCP Main Theater, cinemas and, later on, in streaming platforms, said CCP vice president Chris Millado. Cinemalaya went on during the lockdown, but the independent film showcase was limited to short films that were shown online.

The CCP in March finally held its first live performance at its iconic ramp with a grand musical feast that featured PPO.

The world-renowned orchestra will be busy with performances this year, as PPO will once again tour the Philippines and serenade audiences with classic pieces and even popular tunes familiar to most listeners. They will kick off their tour at the CCP ramp on June 12, Independence Day, before heading to the provinces—Iloilo, Antique, Los Baños in Laguna, Isabela, Tuguegarao City, Bohol, Cebu, Sorsogon, Tacloban City, Samar and Leyte.

PPO will also play alongside budding soloists in the streaming of “PPO Young People’s Concert,” while the orchestra’s kid-friendly family concert will also make a comeback.

The CCP’s theaters will once again be filled with beautiful music, as the arts haven will bring back in September “Musikal” to mark the founding anniversary of the CCP, said Millado. The gala concert will feature original excerpts of Pinoy musicals. Previous “Musikal” productions include performances of companies such as Tanghalang Pilipino, Ballet Philippines, Philippine Educational Theater Association and more theater companies.

The CCP’s September calendar will also be packed with the return of “Triple Threat,” a series of shows that feature artists who can sing, dance and act.

More events are slated for this year, like Ventriloquist Festival and Opera-Turandot, which will be mounted in cooperation with Philippine Italian Association. Celebrations of the 50th anniversary of Ramon Obusan Folkloric Group will also be held on Sept. 21 at Bahay ni Kuya. Former members of the folk group will also perform on the anniversary.

A playground for children will be set up at the CCP during Children’s Month in November. The CCP’s Children Biennale will also be staged in various venues and in different formats to engage more children.

Aside from the much-awaited return of shows, the CCP is also boosting the creation of original Filipino content in animation, video games and comics by setting aside P20 million in grants.

CCP board member Benedict Carandang said that they are initiating projects that support digital transformation and further Filipino visual arts.

“The challenge is how do we become relevant to the youth or the next generation? The population of the Philippines is becoming younger and we need to really engage them,” he said.

One of the most exciting projects of the CCP is the 10-minute animated short film of “Lola Basyang,” produced by De La Salle-College of Saint Benilde, groups of animators, voice actors and musicians. The short film is set for release in December or early next year.

Carandang said that there’s a lot of potential in animation, as the global industry generates more than $200 billion annually. The Philippines contributes only around $20 million to $30 million of the total revenue.

“If you ask what a Filipino painting is, you know that it’s Amorsolo. You have an idea of what it looks like. But in terms of animation, you don’t have an idea. You think of anime—that’s Japanese; perhaps Disney, but that’s American. We need to create content that’s truly Filipino. And for us to do that, we have to create a lot of content to actually create what is uniquely Filipino,” Carandang said.

The CCP said it will provide a P2-million grant on animated short films based on different folk tales, myths and legends from different parts of the country. Four short films will be produced and shown by the end of the year.

A total of P1.5 million was also earmarked for the creation of a game—either for mobile or PC platforms—based on Filipino content under the CCP’s database. Carandang said that they are looking for games that will also be a learning tool for gamers.

Carandang said that the CCP will consider the “sustainability factor” of the proposal in the selection.

“There should be a business plan to support the proposal. We have to be more market-savvy. You’re not just creating for the sake of creating art, but you have to think of who your target audience is,” he said.

Comics are also part of the innovation grants of the CCP, with P330,000 set aside for each title.

The CCP is also aiming to revive the comics industry with the creation of six graphic books that explore Philippine mythology and folk tales. Currently, the Philippines has around 1,000 self-published titles and 266 titles from publishers.

In addition to the tide of performances and grants, the CCP building itself will undergo major rehabilitation to preserve the 52-year-old cultural heritage site.

The structural retrofitting and renovations of the CCP building commenced in March, starting with the Little Theater located on the fourth floor. The CCP will remain open, although parts of the brutalist building will be closed to give way for the construction.

In 2018, the iconic building designed by National Artist Leandro Locsin underwent a major building audit to make sure that the edifice will be preserved. Among the improvements needed by the building are mechanical, electrical and plumbing, as well the upgrading of its fire protection system.

The renovation will take around three years, according to Teresa Rances, who heads the administrative services.

“Bear with us, this renovation is for all of us so that the next generation will also be very proud to see the CCP,” she said.

“The CCP is open once again,” declared CCP President Arsenio “Nick” Lizaso. “We are eager to undertake our mission not only to make art matter, but to make art work in the life of the Filipino.” INQ