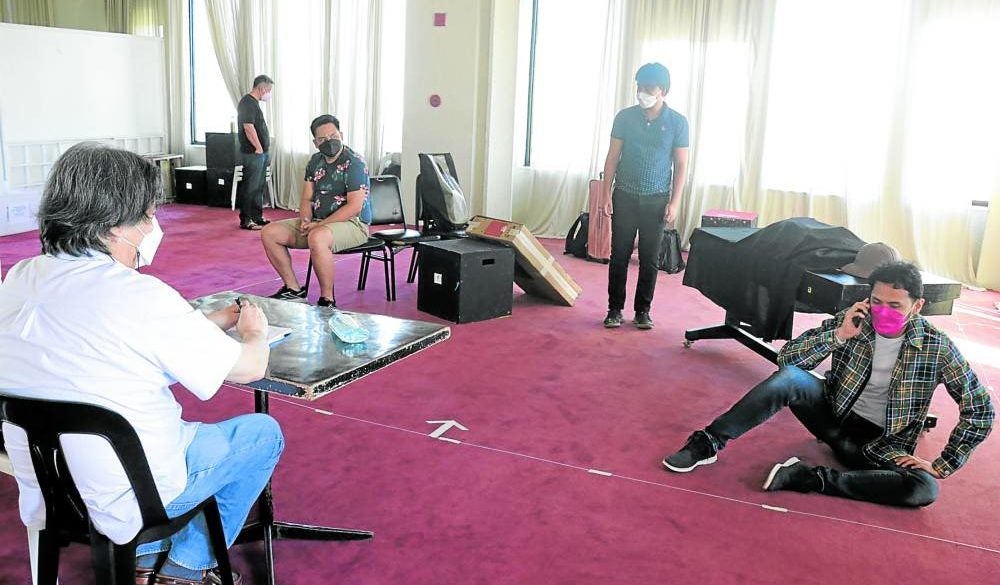 Good news for lovers of theater, at least of one-act plays. The latest edition of the successful Virgin Labfest, dubbed “Virgin Labfest 17: Hinga,” will have live performances at the Cultural Center of the Philippines’ (CCP) Tanghalang Huseng Batute from June 16 to June 26, followed by online streaming from June 30 to July 10.

One of the plays to be presented is “Bituing Marikit,” by a formidable wife-and-husband team: Bibeth Orteza and Carlitos Siguion-Reyna. Their careers in theater, film and TV have spanned the years.

Orteza is an actress, writer and director. She appeared in stage plays as a student at the University of the Philippines (UP) Diliman, and was often directed by (the late) Behn Cervantes.

Born in Samar, she first gained popularity as a comedienne in films and on television, with a trademark Visayan accent. She later dropped the accent and concentrated on writing and acting, being adept both in drama and comedy, and directing for TV and theater.

A breast cancer survivor now in her 18th year of remission, Orteza is spokesperson of breast cancer advocate I Can Serve Foundation. As an actress, she appeared in Rody Vera’s “Nanay Rosa” (Dulaang UP), Peter Mayshie’s “Dolorosa” (Tanghalang Ateneo) and in Lauren Gunderson’s “Silent Sky” (Repertory Philippines).

Abroad, she was cast in the Singapore production of Marc Camoletti’s “Boeing Boeing” with the Singapore Straits Times hailing her performance as “masterful” and “scene-stealing.”

Siguion-Reyna has directed plays, TV programs and 13 films, several of which have won awards locally and internationally in film festivals in Berlin, Toronto, Tokyo and Shanghai.

The couple established Reyna Films with Siguion-Reyna’s mother, the late Armida Siguion-Reyna. Many of the films he directed turned out to be hits, earned an “A” rating, and won awards locally and in international film festivals.

“Bituing Marikit” is a short play, all of 18 pages, with a tight script and running for 22 minutes. So every scene must count.

“We tried to keep to the script as much as possible,” Siguion-Reyna said in an interview at the CCP in between rehearsals. The play is dedicated to the late director Mel Chionglo.

The story: Carmela, the second wife of Allan (played by Gie Onida), dies. He brings her to the morgue singing her favorite song, Nicanor Abelardo’s “Bituing Marikit.” He then leaves to buy her lipstick, and her stepsons arrive: Peping (JV Ibesate), the eldest; Butching (Joshua Tayco); and Bok, the middle child (Earle Figuracion), from Dubai.

Bok arrives with a wedding gown that he wants his Nanay Carmela to wear in the coffin, to make up for the years she and Allan lived together without being married. Peping whips off the blanket covering Carmela. Bok and Butching gasp at the sight of something only Peping knew since high school. When Allan returns, we find out how much of a bituing marikit Nanay Carmela really was to her boys.

“There are echoes of homophobia and gay relations but that’s not really what the play is all about,” Siguion-Reyna said. “It is the story of a man and his three sons and how they come to terms with a secret that two of the boys have. There is something about the secret that divides the brothers. One of them does not accept the secret, and that’s when the conflict and the tension start. But one has to accept reality; it’s really about accepting each other’s rights and all. They start to come to terms.” 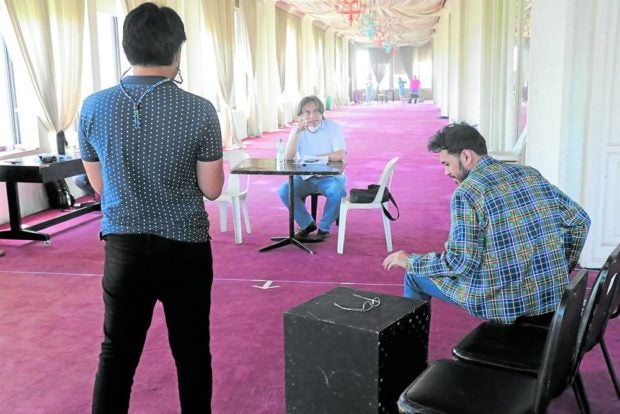 He added, indicating the origin of this and other plays his wife has written: “Bibeth has done material based on homophobia and gay relationships. The point is not the gayness but the story of the people around [her]. She is very interested in that. She really has lots of stories about her memories of Samar, and she speaks several regional languages. People tend to confide in her; she finds it really interesting what characters want.”

Orteza says that stories abound in Samar. “Stories my relatives save for me to look at, to choose from—‘Bituing Marikit’ is just one of those. Soon as I heard it, boom!”

Orteza was born in Samar but did not grow up there. “In fact, I only got to finally visit the place in 1990, to accept my outstanding Samareña Award from then Gov. Antonio Bolastig. Even so, I speak Waray fluently,” she told Lifestyle in an online interview.

What moral lessons can the audience derive from the play? “That love wins,” the actress-writer said succinctly. “Always.”

In a second interview, online this time, Siguion-Reyna said that he and his wife have worked on many projects (films, TV drama, theater works). “We’ve both gotten used to each other’s expectations and nuances in both the writing and directing. Possibly it’s in the nature of this relationship that we have come to agree more often on creative choices earlier on, resulting in fewer revisions.”

The closeness may lead to the characters’ actions or behavior being taken for granted. “So, for me,” the director said, “the more I work with Bibeth’s materials, the more vigilant I have to be to make sure we are making ‘right’ choices. In Bibeth’s scripts, including ‘Bituing Marikit,’ dialogue is often treated as ammunition used by the characters to actively attain their goals, rather than merely passive declarations of feelings or naked statements of themes.”

In guiding the actors, he makes sure they “listen to each other’s words, behavior and reactions, making sure they hear and speak the lines as if they are hearing and making them up for the first time, or on the spot.”

Fundamental questions and issues to be addressed are explored in every stage of the productions, from reading to the blocking, run-throughs and technical rehearsals.

At the same time, Siguion-Reyna said, “I encourage the actors to explore instincts or ideas they might feel strongly about, so we can go with those if they develop organically from the character’s wants and moment-to-moment actions, or if they are natural, simple and believable.”

He summed up, “In other words I will use anything that works to connect actors with each other, with the story facts and situation and character wants, and with the story’s theme.” —CONTRIBUTED INQ