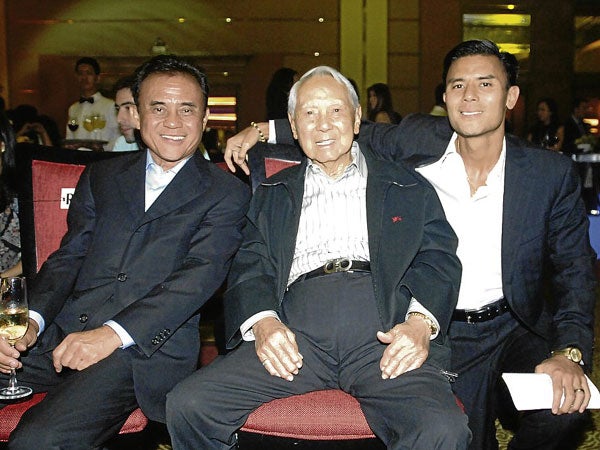 Rustan’s Supermarket continues its 40-year tradition of providing its customers the best food products sourced from the world over with its ongoing food festival dubbed “Wonders of the World.”

True to its name, organizers, led by Donnie Tantoco, president of Rustan’s Supercenters Inc., are featuring not just one but four countries in consecutive festivals, which kicked off last week with Italy and would culminate in October with German Oktoberfest.

The two other featured countries are India and Spain. Each festival will run for six weeks. Apart from special promotional displays, food products from the featured country will be placed side by side with other items on regular shelves.

And what sets this four-in-one festival apart from Rustan’s previous efforts to offer its customers genuine food options?

“I think it’s the approach of cuisine versus individual products,” said Tantoco. “We’re not selling the items as single products per se, but as ingredients to make particular cuisines.”

The ongoing Italian food fest, for instance, features a wide selection of pastas, sauces, herbs and spices as well as some of that country’s delicious and authentic cheeses like parmigiano-reggiano.

Exotic India will have its chance to shine, as Rustan’s features Indian spices and condiments, among other ingredients, a few weeks from now.

With the growing popularity of Indian restaurants in the country, including iconic images of Indian movie stars in all those Bollywood extravaganzas, Tantoco is confident that Filipinos are more than ready to explore Indian cuisine.

Spain, with its seafood and other premium items like olives and prosciutto hams, will be more of a rediscovery for Filipinos familiar with these staples. Germany will always appeal to meat-loving and beer-guzzling Pinoys with its wide selection of sausages and beers.

“Not a few of these items are known to our customers,” said Frances Yu, Rustan’s Supercenters Inc.’s VP for marketing. “But through this food fest, we’re providing them with wider selections and brands they don’t normally find locally.”

In fact, some of Rustan’s suppliers, particularly in Italy, hail from family-owned businesses that have been around for generations. They’re more than retailers, said Tantoco, but heirs to a well-loved tradition.

“Our focus isn’t limited to packaged foods, which anybody can bring here,” he said. “It also includes fresh and natural foods that can’t be shipped in containers. We have to fly them in.”

And should some of these products prove to be a hit among patrons, Rustan’s would put them in its permanent assortment. To make the experience complete, Rustan’s will also be raffling off tickets for two with pocket money to such destinations as Rome, Mumbai, Madrid and Frankfurt.

A minimum purchase worth P800 at any of Rustan’s Supermarket branch entitles the customer to one raffle ticket. And for a minimum accumulated purchase worth P8,500, the hands-on foodie can get a free recipe book featuring each of the country’s well-loved and popular dishes.

“When you travel for pleasure, you don’t usually go to just one place,” said Yu. “Once you start, you can’t stop. Through this food fest, we want our customers to travel metaphorically and in reality to these destinations.”

Tantoco kicked off “Wonders of the World” last week with a grand launch at New World Hotel’s main ballroom in Makati.

“As we listened to our customers, we noticed there were so many choices and food capitals the world over,” said Tantoco. “The ones we’re featuring here are those that kept coming up in our discussions with them. But they clearly wanted more than what’s already available locally.”