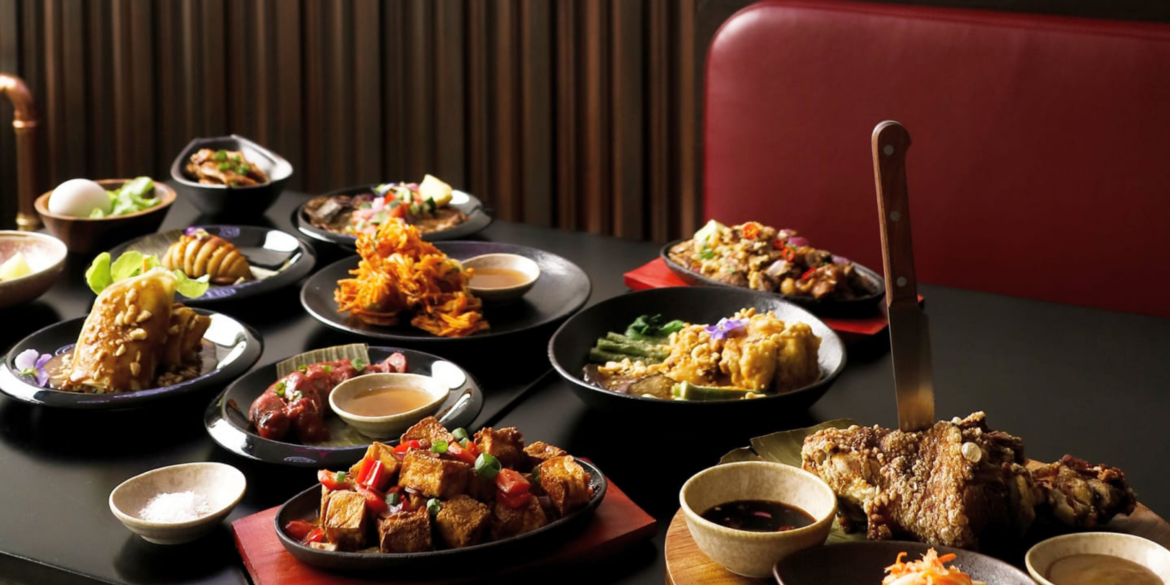 “I’m not a chef,” Janine Barican told me as we sat down for her interview. A nurse by profession, Janine’s journey to becoming a restauranteur shares a common thread by Filipinos living in the diaspora.  Today, the Melbourne native continues to turn heads with her restaurant Chibog located in West Footscray. Run alongside her husband Thuan Le, the restaurant offers a stark contrast from your usual canteen-style Filipino eatery.

If you google “Filipino Restaurant + Melbourne”, many options come up but none of them are quite like Chibog. A cinematically lit gastropub-style restaurant, its neon sign overlooks the entire restaurant, along with a spray-painted jeepney across the wall just parallel from the bar.

“I was very passionate about food and traveling. My husband and I love hosting and used to travel to the Philippines almost every year before COVID,” Janine notes as she spoke to me about how Chibog came to fruition. “We had always wanted to open a restaurant and a bar,”

Having opened in February of 2020, a month before Melbourne implemented its notorious lockdowns, the launch of Chibog naturally came with difficulty.

“It had only been a month and no one knew about us. How can you sell something that people haven’t tried?  Two years on and off where we’d be open, but just when people were slowly coming out, we’d have another lockdown again.”

However, Chibog proved triumphant in the end, growing a loyal clientele and welcoming curious locals through their boodle takeaway services. “People keep thinking that we still have it, so they call and ask if they can still order boodles, and we have to say no because it was only during the lockdown,” Janine shared. “I think we sold hundreds of boxes and I had to deliver it myself. We definitely survived with the boodle.”

Now thriving more than ever, Chibog continues to welcome parties interested in learning more about Filipino cuisine. A culmination of so many different flavours and palettes, Filipino food definitely falls under the acquired taste category.

When asked about the changes Chibog had to make with their menu in order to cater to the western palette, Janine looked back to her childhood explaining, “When I moved here 17 years ago, I didn’t have a lot of Filipino friends. But every time I’d give them Filipino food, it would either be really oily or too fatty or too salty or too sweet. They’d be like, why do you have spaghetti that’s sweet? So I had to tweak pretty much everything to their palette.”

As I interviewed Janine, I slowly began to notice the growing feast that was unfolding in front of me. “Chibog is a place you want to eat with your friends,” says Janine as I looked at the amount of food on the table in awe. Generous helpings of garlic rice, sizzling sisig, and lumpiang shanghai so crisp it made me want to film an ASMR video. Although these things are a common sight among many Filipino get-togethers, it was actually the opposite of what Chibog was supposed to be.

With drinking being a vital part of Australian and Filipino culture, the original plan was to put up a bar. “We really just wanted small plates, drinking food, and just drinks,” but as the space began to take form, so did its menu, flourishing into the Melbourne maverick that it is today.

Serving up a variety of all the right Filipino flavors with just an adequate amount of adjustment, Chibog’s palette is a harmonious rendition of traditional and modern. Whether it’s their crackling Crispy Pata to their mouthwatering Kansi, you’ll find that each dish carries with it a unique quality reminiscent of the sense of home Filipino cuisine brings.