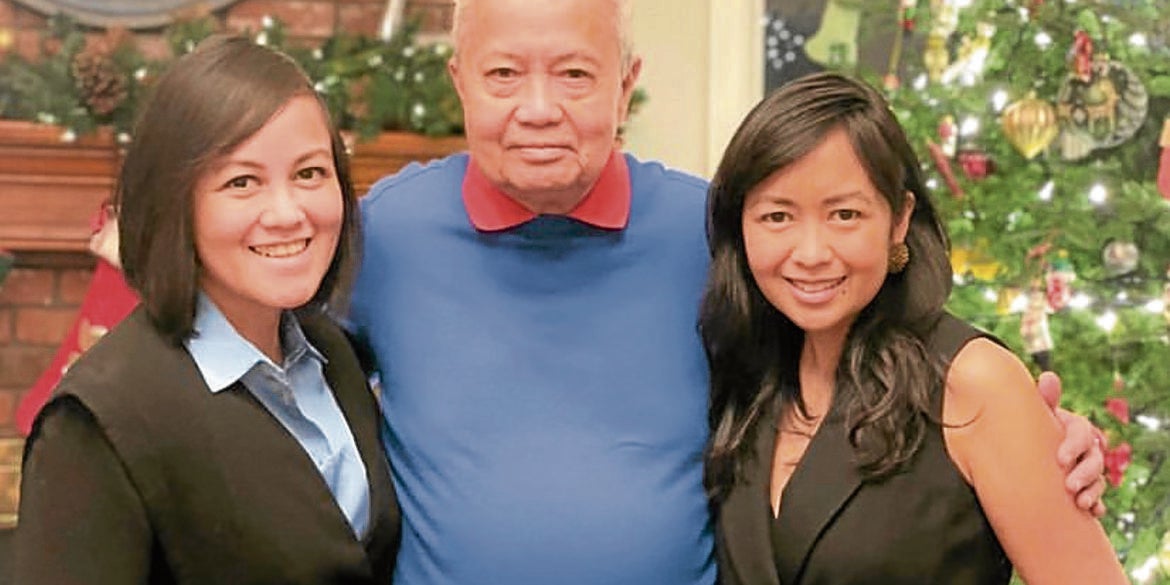 Father’s Day always brings out all the warm and fuzzies for the first hero in our lives. We asked people to share one lesson their dad—and in one case, their lolo—taught them.

“When I was growing up, he taught me to appreciate the value in things we don’t always seem to value. He would always ask me and my brothers if we loved him, and after we responded with a yes, he would say, ‘I’m the richest man alive because I’m rich in love.’

“We didn’t always have the easiest time financially, but it never felt that way because of the way my dad would teach us to appreciate each other and to see that there was always light, even in the darkest times. We found light in each other, and that is something I believe we will take with us forever.”

“My dad taught me the value of struggle. When he got laid off from work, he would take me with him to sell eggs. I was around 16 years old at the time. We would carry heavy trays of eggs with both hands, get on a jeepney and sell them in downtown Cebu for a small profit. He never complained. He taught me to never give up and that there would be better days ahead. And that God will always provide. I love you, Dad.”

“My dad taught me that nothing in life is permanent, and that prayer and perseverance can get you through the rough patches. I had a neighbor who was harassing me for what he thought I was doing—making noises, controlling his appliances—because he was having hallucinations. Throughout the ordeal, my dad’s words came back to me, and what got me through that horrific year were prayers and the thought that this situation was not permanent. My neighbor was eventually asked to leave, and it has been peaceful and safe ever since.”

“My daddy Iggy taught me how to ride a bike when I was 6 years old. What made it unforgettable was that he taught my mom and me at the same time, but I learned first. I finally beat my mom at something!”

“One of the many lessons Dad taught me was that anything worth doing is worth doing well, like how you park your car or how you wash your plate. It’s actually in the small things that this lesson holds true.”

“I remember Daddy telling us to be kind always and not fight. That’s my favorite,” Ada said. Her twin Eve added how their dad reminds them to be thankful and brave whenever they feel scared, sad or bored, we have to think of what we are thankful for and be brave. “It never fails to make me smile!”

For their younger brother Ono, dad tells him to breathe in and breathe out. “I guess it means I should not worry too much and just be happy.”

“My lolo once told me that when he was young, his teacher offered him a choice between boxing and dancing. He said he opted to dance because everyone else decided to become boxers.

“He made an unconventional decision at a young age, and eventually became a tango champion. I feel that dancing is one of the reasons he was as imaginative as he was intellectual. I also think his very special style and aesthetic, creativity, his charisma and people-first approach to building a business may not have crystallized if he chose boxing instead of dancing on that fateful day.

“My lolo was not trying to be different, he just wanted to make a difference. By his example, he taught us to never accept the status quo and conventional wisdom. He was a purposeful and positive disruptor. He saw the world in a different way, and he let his curiosities, including dancing, lead him to his life-changing and self-giving purpose.”