‘We can achieve things when we trust our capacity to deliver’ | Lifestyle.INQ ❮ ❯ 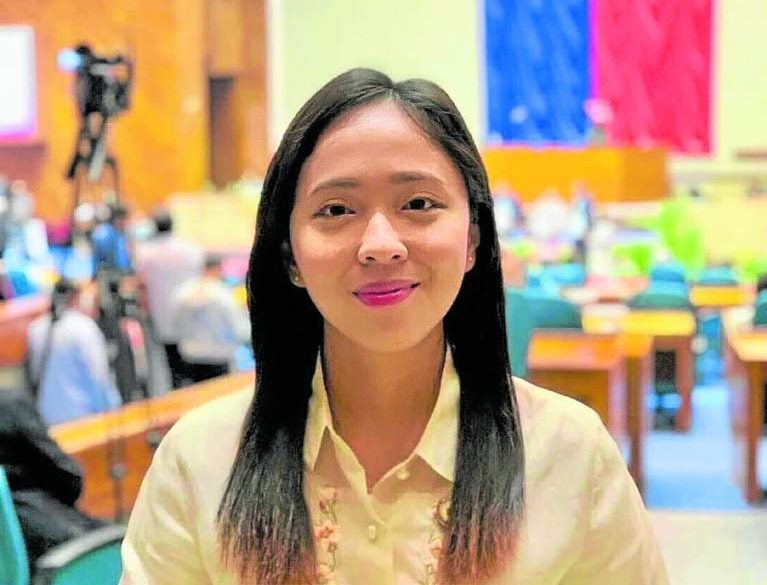 ‘We can achieve things when we trust our capacity to deliver’

Young people who call out injustices or are vocal on social issues are often told that they’re too young to concern themselves with such matters. Oftentimes, they are met with online comments like, “Anong ambag mo? (What’s your contribution?)”

But if there’s one thing that the youth representation in Congress has shown, it’s that young people have made more than their fair share of contributions. A quick search of Kabataan party list can show receipts of what the youth are capable of.

In the six years that Kabataan party list Rep. Sarah Elago stood as the voice of the youth in Congress, she counted 21 principally authored laws that will leave an impact in the country. The landmark Universal Access to Quality Tertiary Education, which institutionalized free tuition and other school fees in state universities; the Bawal Bastos law and the National Mental Health Policy are just some of them.

“It’s important to flex these because we want to show that the youth give all that they can to push for measures … that have the interest of the people,” Elago said.

To say that Elago and Kabataan party list have been productive is a gross understatement. There are more bills and measures that the youth representation has authored—457 bills in the 17th Congress and a whopping 726 the following term. This, despite the blatant attacks and Red-tagging against the group.

Still, Elago has been consistent in reiterating that the credit is not theirs alone.

“What makes us legitimate and our work more meaningful is we’re based on the membership, leadership, solidarity, principled unity of young people. If that’s the basis of your representation, I think there is nothing you cannot do. You can really make a great deal of difference,” Elago said during an online interview with To be You a few weeks before she steps down from office to give way to the new party list representative, Raoul Manuel.

At 32, Elago has reached the age limit of youth representatives in Congress. But the energy, drive and stubborn optimism that’s often characteristic of youth is still evident in the lawmaker.

Now that the 18th Congress has adjourned, Elago is occupied with writing letters of gratitude to their supporters. Kabataan party list is also busy refiling and updating their priority legislative measures.

“Even though the session has ended, it does not mean that work has ended, too,” she said.

Her writing days are not over yet, either. She plans to write about her experiences in Congress. Where she will publish it, in a book or a blog, has yet to be decided.

“[The experience] is truly one of a kind. I need this reflection and writing time to digest everything I learned. I hope my story can inspire more young people to become a genuine youth representative in public service,” she said.

Here’s an excerpt of To be You’s interview with Elago:

What has changed for the youth sector in the past six years?

There have been intensified attacks against the democratic rights and fundamental freedoms of the Filipino youth. This youth representation, for one, was frequently targeted and singled out by a systematic disinformation and malinformation campaign not only to undermine our youth representation but discredit the work we do and why we do it.

There are trumped-up charges against representation, vocal youth dissenters, ordinary students. Young people who post on social media were even invited by authorities. We shouldn’t let that kind of environment persist because it affects the youth.

These attacks sow fear, sow division. But young people have overcome it, they try to barrel through, power through all these attacks by focusing on campaigns, their aspirations and lending their voices.

Why do you think people are afraid of young people who express dissent?

Historically speaking, it’s really the young people working with and alongside various sectors still experiencing multiple forms of abuse and discrimination. They have all been at the forefront of the struggle, the fight against abuse of power, corruption.

This is why all those authorities who have records of abuses and violation of human rights are being threatened by the unity, solidarity and collective efforts of the people at large, all those standing up, working toward upholding democracy in our country.

How did Kabataan party list manage to fight the attacks and still be productive in Congress?

I think the focus on the urgency and necessity of having a genuine youth voice in Congress is what inspires us to continue showing up, do what we have to do and perform our noble cause in ensuring that our party list representation truly raises and adds to the voice of our constituents. By that I mean not just us who are in Congress, but we also voice out the concerns of the many students, young people who are in the labor sector, farmers, women, indigenous peoples. Why shouldn’t we speak up when we were entrusted by our constituents to speak on their behalf?

What remains to be done for the youth?

A lot. Especially in the education sector. We have yet to fully reopen our schools safely so we need to push for funding to ensure the safe return of students and stakeholders.

What have you learned in the past six years as representative of the youth?

Number one, it’s really important to focus on the youth and people’s agenda. Each year we update the state of the youth address to make sure that our priorities are laid out and that they are based on the needs of our constituents.

Second is to have faith in our youth representation, in the collective capacity of the national sectoral party and all our network and supporters, volunteers. We can achieve things when we trust our capacity to deliver.

Third, it’s not enough that it’s just the youth. We need to talk and work with more sectors—especially the youth in the labor sector, farmers, women, indigenous peoples and LGBTQIA+. It is in this principled unity and solidarity where the strength of our youth representation lies.