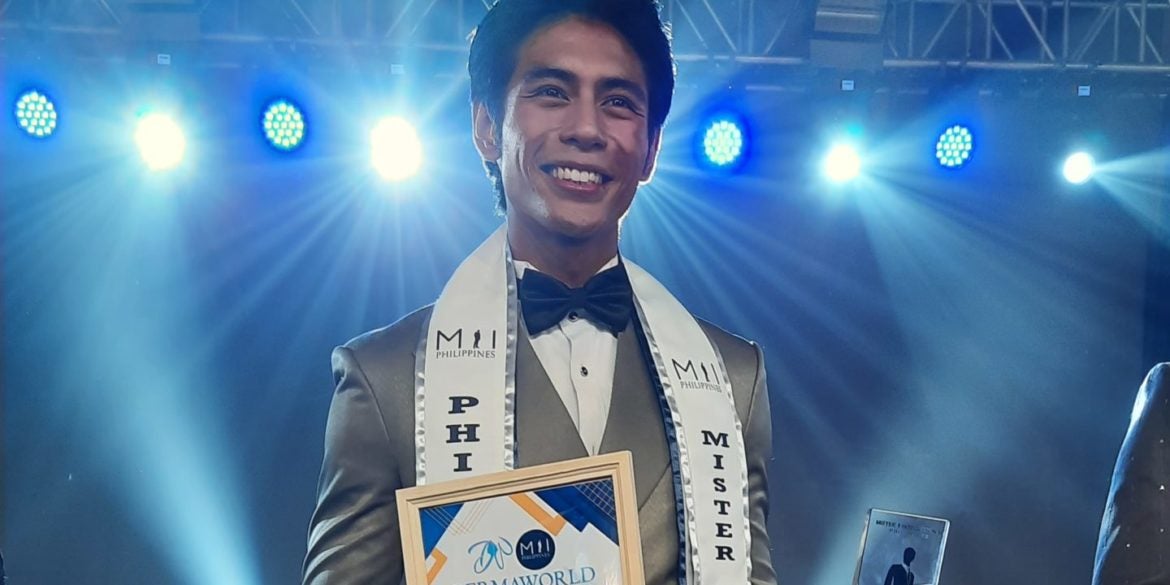 MANILA, Philippines —Myron Jude Ordillano of Parañaque City is the newest king of the land and will represent the country in the 2022 Mister International.

The aspiring actor and model bested 32 other aspirants at the grand coronation night of the inaugural edition of the Mister International Philippines staged at the grand ballroom of Okada Manila in Parañaque City on June 27.

He succeeded the title from Levin Carl Arguelles who was proclaimed winner in 2019.

Arguelles was supposed to compete in the 2020 Mister International pageant, but the global tilt was sidelined by the COVID-19 pandemic.

Also on hand to award the title was hunk cop Neil Perez, the first and only Filipino to win Mister International to date. He won the title in 2014.

Ordillano will compete in the 2022 Mister International pageant to be held in the Philippines in October. This will be the third time the country will host the global pageant. The most recent staging was in 2019 and in 2015 when Perez relinquished his title.

The first runner-up winner in the 2022 national pageant was Mark Avendaño of Biñan. He will represent the country in the 2022 Mister Global pageant also later this year.

The Mister International Philippines pageant promotes sports and fitness as its main advocacy.