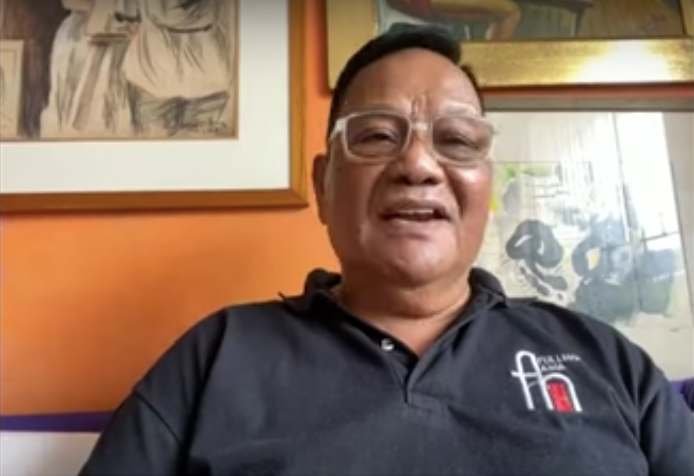 Director Joel Lamangan came to the defense of his latest movie which has a titillating title. The acclaimed filmmaker said it is not what it seems.

“Ano ang cut niya. Ibig sabihin, komisyon. ’Yun ang ibig sabihin ng title, hindi ‘yung malaswang biyak,” he said during the online press conference for the film “Biyak” last June 8. (What is this cut? It means commission. That is what the title means, not the obscene meaning.)

Lamangan explained that one of the movie’s lead stars, Quinn Carillo, plays the role of a police asset.

“Kapag may project, humihingi siya ng cut. Binibigyan siya ng percentage. Kung halimbawang may nakuhang drugs na ibebenta muli, may cut, percentage, komisyon,” he explained. (When there is a project, she asks for a cut. She is given a percentage. For example, when there are drugs that are being resold, there is a cut, a percentage, a commission.)

“Biyak” is the story of two sisters, Violet (Angelica Cervantes) and Samantha (Quinn Carillo) who grew up in two different worlds after Violet was given up for adoption as a kid. Though given to a wealthy family and living a comfortable life, Violet suffers its consequences as she experiences constant sexual abuse from her adoptive father.

Though each grew up with two different lifestyles, the two sisters will find their unusual common ground as both of their worlds revolve around drugs and sexual abuse. As they eventually have each other’s back, will these two suffering souls finally have a peaceful life and the loving family they deserve? That is what the film will resolve.

Dakota Johnson reveals ‘mayhem’ on ‘Fifty Shades of Grey’ filming: ‘There were a lot of disagreements’