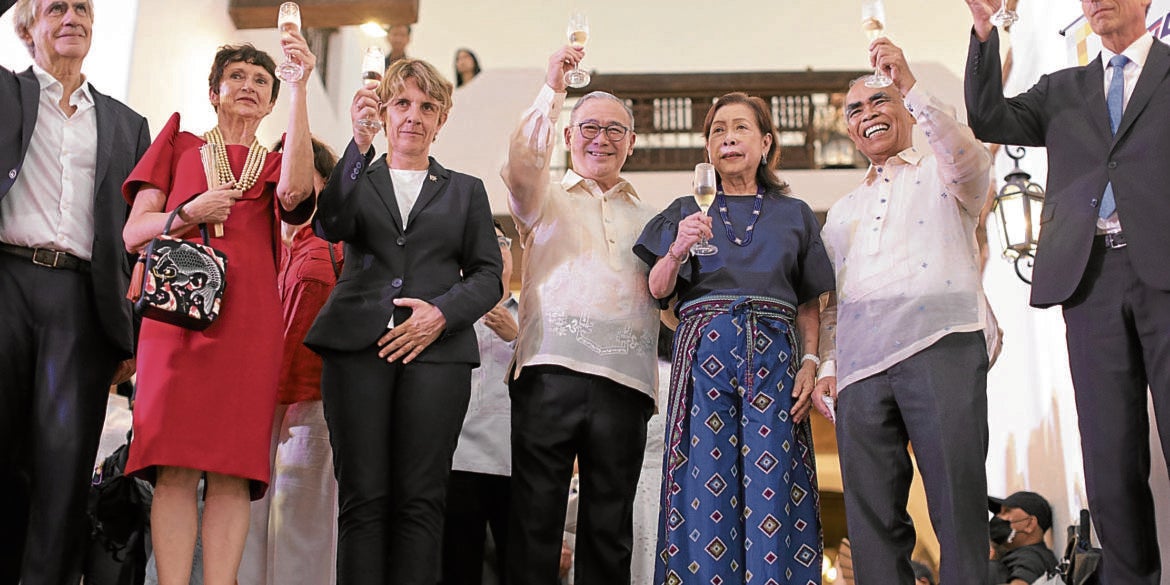 On June 26 at the Pinto Art Museum, France Ambassador Michèle Boccoz and Foreign Secretary Teodoro Locsin Jr. officially launched the yearlong program celebrating the 75th year of history, friendship and partnership between France and the Philippines.

Diplomatic relations between France and the Philippines were formalized with the signing of the Treaty of Amity by Vice President and Foreign Secretary Elpidio Quirino and France Minister for Foreign Affairs Georges Bidault in Paris on June 26, 1947.

For more than seven decades, France and the Philippines have deepened and broadened their ties in several areas such as economic cooperation, climate action and cultural action.

“The Philippines and France have had meaningful exchanges throughout the years, most notably in culture, trade, development, education and defense,” Boccoz said. “Indeed, there is still much to discover and learn from each other, which is why this 75th anniversary celebration is an occasion to look back on our shared history and envision a closer partnership between our two countries over the next 75 years.”

Locsin said, “The Philippines and France aim to strengthen our bilateral relations as we jointly face global and regional challenges that call for deeper cooperation and partnership.”

Philippine Ambassador to France Junever Mahilum-West, who joined the program via livestream from Paris, announced the simultaneous program led by the Philippine Embassy and presented the unveiling of the Jose Rizal Bust in the ninth arrondissement in Paris held on June 23 to honor the life and legacy of the Philippine national hero and his connection to France.

The French Men’s National Volleyball Team, gold medalists at the Tokyo 2020 Olympic Games, was also in attendance. The team is competing at the Volleyball Nations League in Quezon City.

Boccoz and Locsin led the inauguration of the art exhibit “Diamond in the Rough,” which showcases a collection of over 80 art pieces by Filipino artists who have lived in France and by French artists living in the Philippines.

The highlights of the exhibit are sculptures by Frenchman Paul Gauguin loaned from the Museum Pasifika in Indonesia, shown alongside modernist Filipino painters such as Nena Saguil and Macario Vitalis who were expatriates in France.