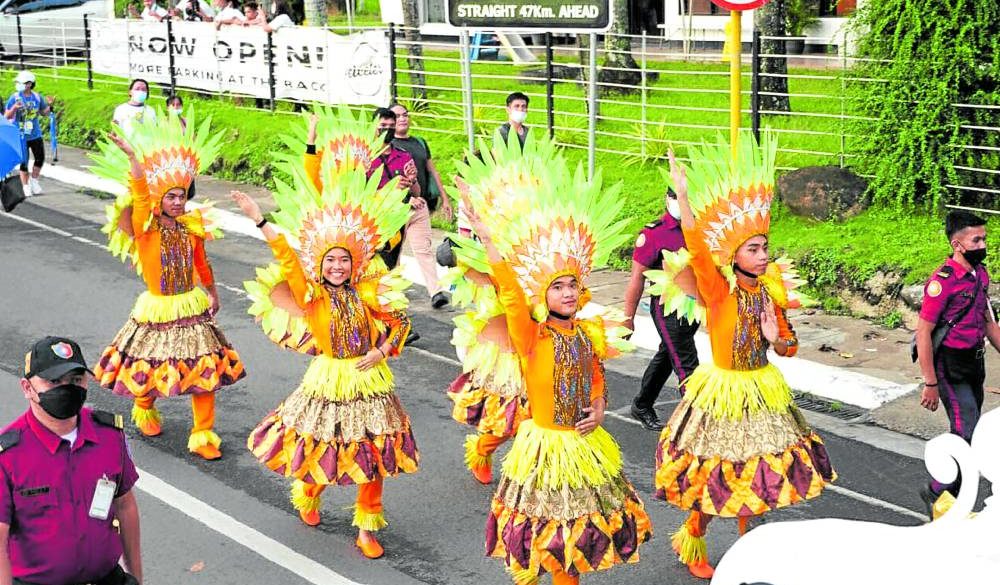 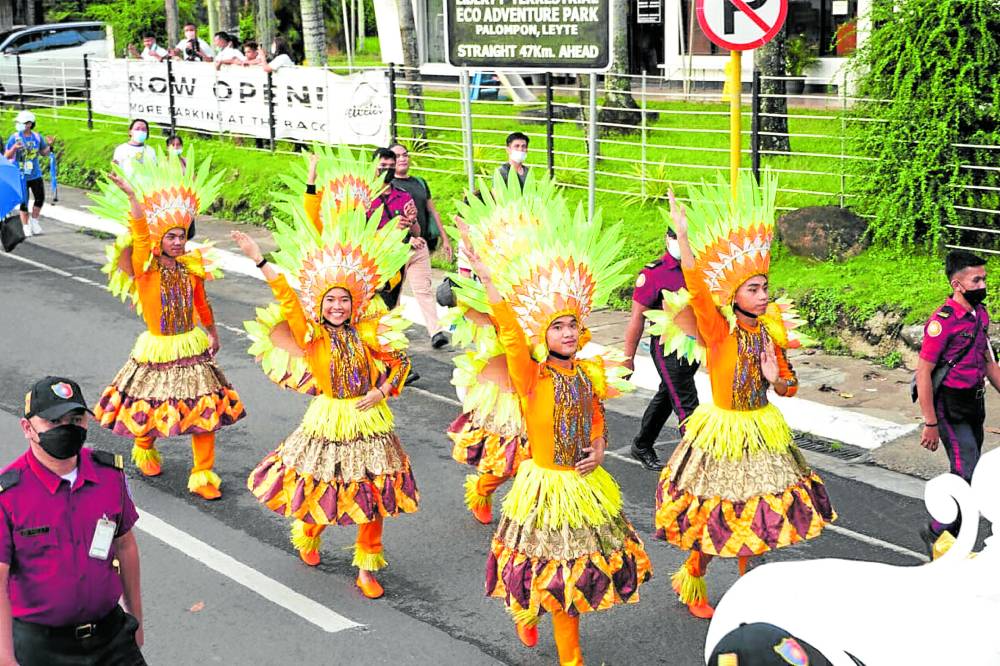 In the heart of Ormoc lies the inconspicuous two-story building of the city’s first and only museum. Originally built in 1947 as a City Hall, the edifice now houses artwork created by local artists and the masters, including Fernando Amorsolo, Elizalde Navarro, José Joya, Cesar Legaspi and Vicente Manansala.

The upgrade of the old City Hall building, which holds historical and architectural value to Ormocanons, is just one of the projects of celebrities-turned-politicians Richard Gomez and Lucy Torres Gomez. It was the goal of Leyte 4th District Representative Richard and new Mayor Lucy to beautify the city and make it safe for residents and future investors.

Before Richard assumed office on June 30, he was Ormoc’s mayor from 2016 to 2022, and it was during his term that Ormoc was transformed from a small sleepy city into a modern bustling place that recently saw the opening of new malls, the launch of new sports facilities, the building of new hotels, the rehabilitation of an old children’s paradise and the upgrade of the Ormoc Bay park, among so many others.

“The nice thing about our transition is that a lot of the programs that have been laid down already, Lucy will continue, specifically my project on peace and order, the beautification of the city, and tourism programs. She’s big on that,” Richard told Lifestyle. “She wants to beautify the city.”

It is the couple’s plan to continue developing the museum and make improvements on the old building. But Richard said the original look of the structure will remain as is.

“When we upgraded the place, we only changed very little, like the lights and the windows,” he said, adding that the majority of what was in the building was left intact, like the original flooring.

Many of the artworks displayed in the museum are from the Gomezes’ personal collection, some from local artists. The paintings and sculptures displayed are changed every year but the artwork in the Amorsolo room stays.

According to Richard, he personally picked the artworks displayed in the building and had them placed by section. There is a section for the younger generation, another for paintings of women, for works of National Artists and another for local artists, a space for images of Ormoc during World War II, an area for exhibits and the Amorsolo room.

The museum was officially opened in January 2020 and since then, it has welcomed visitors of all ages.

Richard, once an outsider who married an Ormocanon, did not just modernize the city. He made sure the residents would rediscover their roots. During his term, his government did a cultural mapping so that the people in the city would understand their heritage and where they come from. 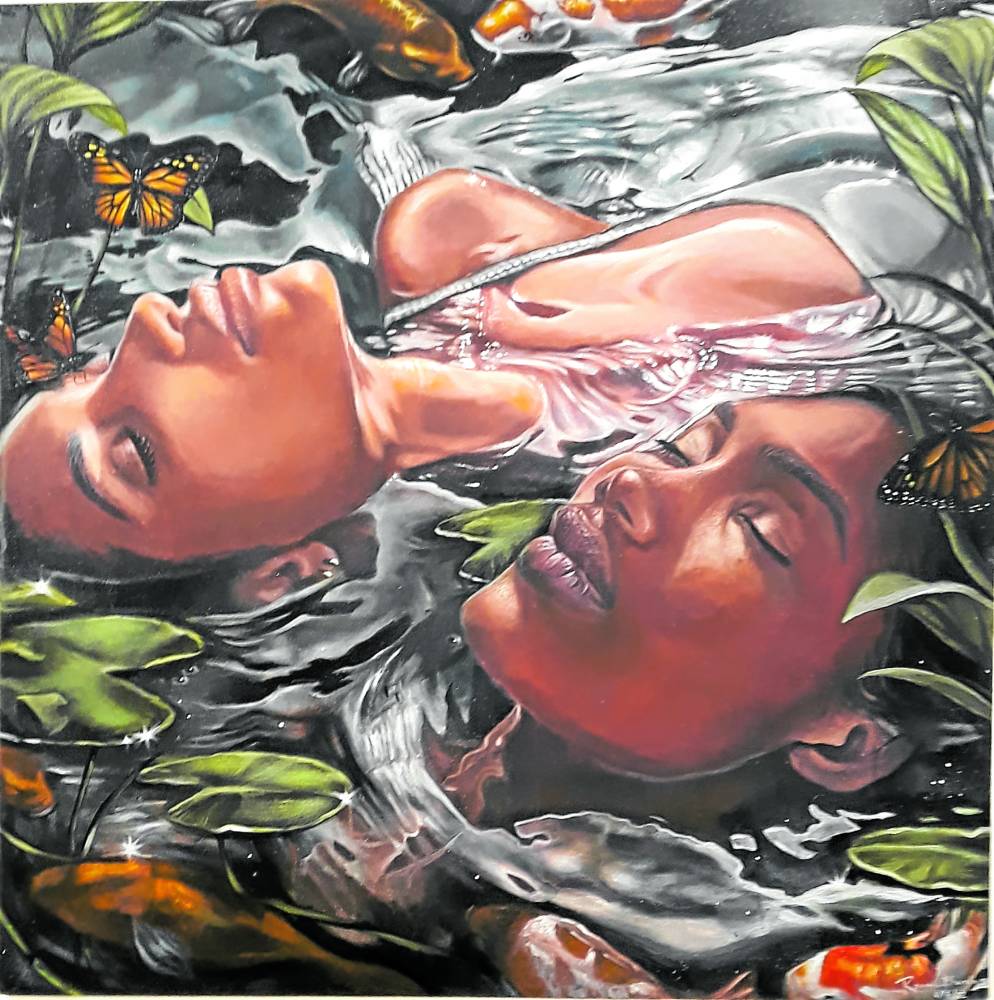 “We discovered new dances in the city and new songs from that cultural mapping,” he said. One of the dances discovered is called the Pansatan folk dance of Ormoc, and another was called La Jota Ormocana.

Road to the Olympics

Putting Ormoc’s unused land to good use, the city government had sports facilities built on Ormoc City Central School’s vast grounds. The area now has a soccer field, a track for track-and-field athletes, and buildings where athletes for fencing, martial arts and boxing can train. For swimming, an Olympic-size pool was built on the grounds behind Ormoc City National High School and the Department of Education building.

The city’s former mayor said that national athletes have come to Ormoc to train for fencing and the modern pentathlon, among others. Modern pentathlon is a combination of running, shooting, swimming, going through an obstacle course and fencing.

“Hopefully one day the athletes trained here will qualify to join the Olympics,” Richard said.

The next Olympic games will be held in Paris, France, and it is Richard’s wish that some would make it. He said, however, that it is quite a long road, as athletes would need to join many tournaments to accumulate Olympic points.

But Richard said all the sports training offered in Ormoc are geared toward Olympic sports, like the modern pentathlon, and this is one of his projects that his wife intends to continue during her term as mayor.

Building up Ormoc as a known sports and cultural destination in the country has borne fruit as, according to Richard, even the teams the Philippines has sent to compete in the Southeast Asian (SEA) Games train in the city.

“In the last SEA Games we were able to get one gold, three silvers and four bronze medals,” Richard proudly said.

The couple aims to attract more investors to Ormoc, and Richard said one of the ways to do that is to maintain the city’s peace and order.

“Peace and order is already something we have accomplished,” he said. “We’ve been awarded by the Philippine National Police for three years as one of the safest cities in the country. This is important to attract investors.”

Since the city was reopened, Richard said they made sure that COVID would be controlled and the residents would be vaccinated.

“Records show that more than 90 percent of our population has been vaccinated,” he said.

After a two-year hiatus, Ormoc once again celebrated the Piña Festival with dances and a parade to acknowledge the many blessings received and a bountiful harvest of one of the city’s popular products—pineapple. It also signaled the start of the weeklong fiesta celebrations honoring Saints Peter and Paul, which concluded on June 28.

Richard said the city’s economy has also been doing so well in recent months. In fact, it had done really well in the years he sat as mayor.

“Under my watch, Ormoc has been named the most progressive city in the whole of Region VIII (Eastern Visayas), and has become the richest, as well.” —CONTRIBUTED

The author is a journalist writing for Forbes Middle East and proud Ormocanon.