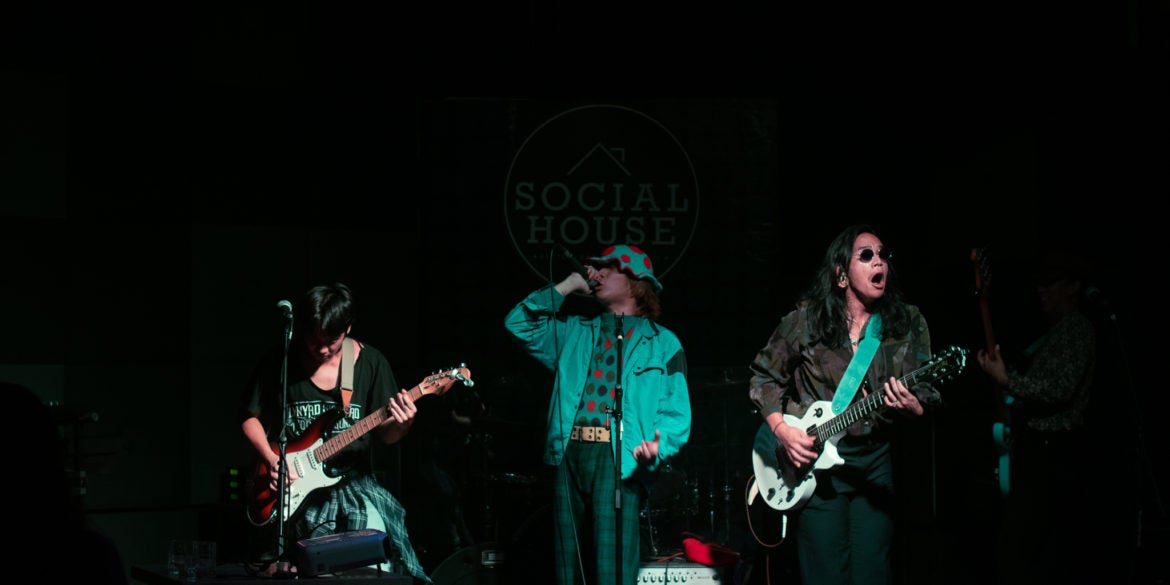 Preluding the much-awaited performance and music video screening by Dilaw were sets by beloved trailblazers of local music, making for a genre-hopping journey through the best Filipino musicians in the game today—a description equally fitting for the gig’s celebrants. The Makati bar was alight with the musical synergy of Juicebox (JCBX), One Click Straight, Basically Saturday Night, and Autotelic who performed and congratulated Dilaw in between sets.

The duo’s sophomore single under Warner Music Philippines, Kaloy is an ode to the uphill trek blue-collared workers make in their day-to-day life. The music video drops us into the band’s hometown of Baguio City where members Obero and Dela Rosa walk in the literal footsteps and uniforms of Session Road’s Kaloys and are swept into whimsical yet straightforward depictions of ordinary life courtesy of Director Dean Marcial’s visual signature. With the ticking backdrop of the mallification of the long-standing Baguio City Market, real residents of the city came out to contribute to the production’s effort to show the “real” Baguio; this included filmmaking legend and Benguet native Kidlat Tahimik, who appeared in the music video’s final scene brandishing a megaphone and pronouncing everyone as “Kaloy” as he walked Malcolm’s People Square.

The song itself is one of the best executions of weirdcore locally in recent years. The articulations vocalist Obero chooses to deliver his lines with a shimmer of eccentricity and humor on an otherwise sullen tale of the hardships the common working “Kaloys” of the Philippines go through on a daily basis, which at times sound like they’re being recited straight from an Adarna House—how easily the duo pulls this off could be credited to their history writing comedic skits.

The track pulls all different shades of eerie tension, capturing your attention from beginning to end, from blues-rock opening, to minuscule interlude, mounting to hair-raising yells at the song’s climaxes, and red-hot piano sections that grab you hostage, making the most of the song’s 3 minute and 5 second runtime.

Longtime followers of the band are already familiar with Obero and Dela Rosa’s all-around prowess in songwriting, production, and performance; Dilaw’s releases under Warner have simply elevated what they already have and are boosting them to an audience that they deserve.

Following the duo’s debut single “3019”, “Kaloy” seems to be our cue to expect more of the band’s signature unflinching focus on grizzly truth to shake up the scene in a year already shaping up to be an exciting one for local indie music.

Images by Via Angelika Cadiente/Warner Philippines.