Tales from my travels: From Basilan to the Spratlys | Inquirer Lifestyle ❮ ❯ 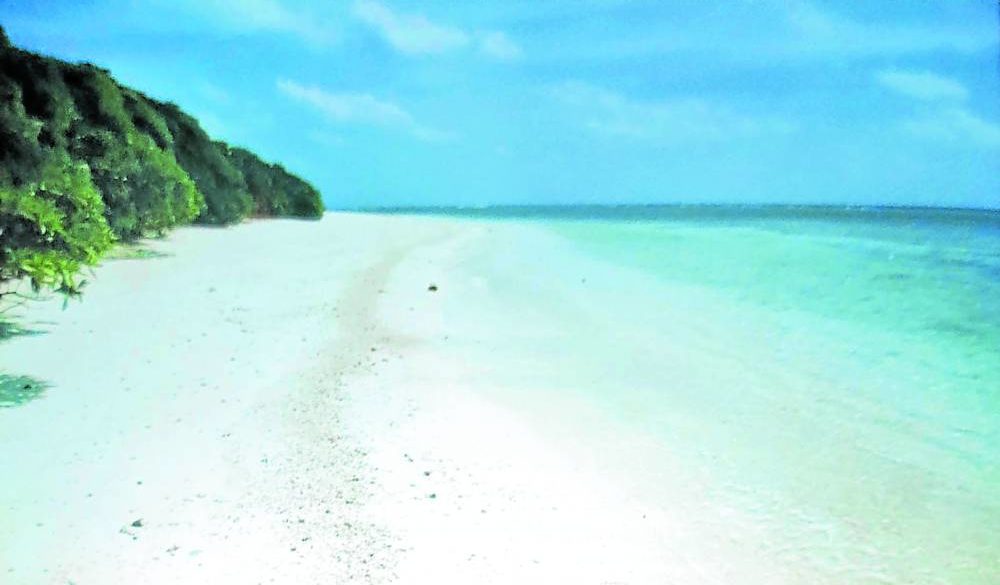 Tales from my travels: From Basilan to the Spratlys

Too bad my traveling days are over, not necessarily because of age but for one reason or another.

In my heyday, as a friend put it, I was able to travel the length and breadth of the archipelago.

The destinations visited from the early 1990s to the first decade of the 21st century included the Caramoan Peninsula before it became famous; Sarangani province in the southernmost eastern tip of the country facing the Pacific Ocean; the Agusan Marsh; Basilan province, Abu Sayyaf turf; Marawi, “Islamic City by the Lake”; and Pag-asa Island, Kalayaan, in the disputed West Philippine Sea.

Caramoan, on the eastern seaboard of Camarines Sur, facing Catanduanes and the Pacific Ocean, was (and presumably still is) a wonder to behold; I thought it was the most captivating sight in the Bicol region (exempting majestic Mt. Mayon, of course).

At the time, there was some difficulty in reaching the area, with its islands (70!) and black marble sea cliffs. The roads from Naga City were bad; only a 4X4 truck could negotiate these. So visitors could only go up to Sabang Beach, where a boat awaits them.

Sturdy beachboys emerged to carry the passengers to the boat, so they wouldn’t get wet. The women were daintily placed on the right shoulder of the youth, while his left hand held that of the woman. The men were simply hoisted around the shoulders of the beachboy, their legs wrapped around the head of the fellow.

I almost fell over backwards.

There followed a short trip by jeepney to the town proper (you could see Mt. Mayon in the distance), and finally a tricycle ride to the entry point, Gota Beach. And you are rewarded by the sight of a panorama of islands and islets, flora, beach coves, black marble and limestone, mountain peaks with varied contours, caves, mangroves and rock formations.

The Agusan Marsh Wildlife Sanctuary (110,000 hectares) in Agusan del Norte is a forbidding place. A pump boat ride through the marsh is quite an experience for a first-timer, like something out of a Joseph Conrad novel (think “Heart of Darkness”).

The muddy waters are normally just six feet deep during summer, a Manobo lumad told me, but rise to 20 ft or more during the wet months, and sometimes overflow on the banks. You are surrounded by varied species of trees, mangroves and foliage in wild profusion.

Migrant Visayan and Manobo communities live in cottages on stilts along the banks; the Manobo children screamed with delight when I waved at them from the boat. Traders visit the area and partake of pasalubong (take-home food) from the Manobos, such as smoked dalag (mudfish).

“The NPAs collect taxes so they can buy prepaid cellphone cards,” claimed a Department of Environment and Natural Resources (DENR) operations chief. The marsh contributes to the diversity of the area, provides livelihood for lumad and migrants and serves as habitat for endangered species and feeding grounds for native migratory birds.

Marawi before the fall

I have been to Marawi three times, well before the battle which brought the city to its knees.

The first time was in 1976, four years after pitched battles between government forces and Maranao Muslims protesting martial law.

After four years, the military presence was still evident, and tension was in the air. One of our hosts was the Rev. Lloyd Van Vactor, then president of Dansalan College. An American, Van Vactor was respected by both Muslims and Christians, and there was general dismay when he was kidnapped. But he was later released.

I hoped they did not mean rest in peace.

The third sortie to Marawi was courtesy of friend Frank G. Rivera, the playwright-director, who had taught at MSU for many years, founded the Sining Kambayoka, a dynamic theater organization, and now was being honored by this group he had guided and nurtured. It was a double event, for MSU was celebrating National Heritage Month. We were welcomed by Frank’s friend, Police Col. Romeo “Bogs” Magsalos (now a general), then vice president of MSU.

The MSU was a Muslim university headed by two Christians. After our visit, the daughter of the president was kidnapped. “My little princess,” the educator wailed. Mercifully, the child was later released unharmed.

In the Muslim majority province of Basilan, accessible by boat from Zamboanga City, you can hear the chimes of the Catholic cathedral and the call to prayer of the ulama, sometimes coming one after the other in peaceful refrain, their melodious sounds wafting through the air.

Basilan, with a capital town named Isabela, is the traditional home of the Yakans, often described as a peace-loving ethnic group skilled in arts and crafts. The province also has its share of Tausugs, Chavacano-speaking Zamboangueños, Cebuanos, Samals and Tagalogs.

I was protected. Overprotected, in fact. When I wanted to taste the halal chicken just outside the DENR office, an attendant escorted me and held my hand as if I were a little boy as we crossed the street, although I was old enough to be his father.

DENR foresters took me around the areas outside town which were considered safe. The then-provincial tourism officer, a woman, identified the scenic spots in the province: White Beach in Malamawi Island; Sumagdang Beach (Isabela); Palm Beach, Tumakid Beach, Balagtasan Waterfalls, Bulingan Falls and Maloong Falls (all in Lamitan); Atong-Atong Beach and Kumalarang Falls (Lantawan); Salakot Hills and Gaunan Island. And for the Christian devotees, Calvario Peak outside Isabela town proper.

That was two decades ago. One hopes that the Basileños, like the people of Sulu, now have an active nightlife and that they are developing the many tourist spots which will generate jobs and boost the local economy.

Another wonderland is Sarangani (bustling General Santos City cuts the province cleanly into eastern and western sectors), with its Sarangani Bay, a superb natural harbor with hundreds of marine species, long coastline, beaches in the coastal town of Glan and a communal forest. My hosts took me to the hilltop Safi Ranch, with its sweeping view of the bay, and the mountains of Sarangani and Davao del Sur in the background.

As a bonus, come sunset, you will see a long line of cattle herds obediently going back to their pens.

The high point of my years of traveling around the archipelago for ecotourism purposes was a 2003 visit to Pag-asa Island, Kalayaan town, in the powder keg that is the Spratlys cluster, specifically in what we now call the West Philippine Sea. This was made possible by my friend Bob Navarro, who is, in turn, a friend of Lt. Col (now vice admiral) Alberto “Abet” Carlos, then logistics officer of the AFP’s Western Command in Puerto Princesa City, Palawan.

From Puerto Princesa, we flew to Pag-asa for a flight which takes more than two hours depending on the head and tail winds. Carlos himself, a bemedaled pilot, was at the helm. “Please do not discuss military matters with the island commander but focus on ecotourism,” he cautioned me.

There were nine Philippine-inhabited islands when we were there, Pag-asa being the most developed. It had an airstrip with a 1.3 kilometer runway, watchtower, a naval station and a thriving community of military personnel and civilian settlers. Also, a municipal hall, clinic, a Philippine National Police building, a Commission on Elections branch, and a local government unit—the mayor and high councilors—as Kalayaan is classified as a town.

Pag-asa is a small island; we toured it leisurely for 30 minutes. I gazed agape at the pristine, dazzlingly white-sand beaches, coves, clear waters and an abundance of trees and wild plant species indigenous to the area, which the island residents could not identify.

There were already intrusions by Chinese fishermen then, and they resorted to dynamite fishing and used compressors to illegally gather corals. There was a kind of free-for-all then among the claimant nations, ownership by occupation. Once Philippine marines landed on one island, called it Pugad, played basketball and left. When they returned, they found a much bigger Vietnamese force.

Pugad had to be written off as a Philippine island. The Vietnamese, after all, then and now, were our friends. You can imagine if the occupiers had been Chinese. A warning would have been hurled at the Pinoys: “Get out. You are in the territory of the People’s Republic of China blah-blah-blah … ”

The travels which followed were sort of anticlimactic, and I soon returned to writing about Philippine arts and letters.

Looking back, however, I realized that I had visited practically all the provinces of the country except for three: Batanes (too often written about), Sulu (not safe then) and Tawi-Tawi (said to be enchanting but no one invited me there). Not a bad score. —CONTRIBUTED